93 Incredible Girls' Names Beginning With I 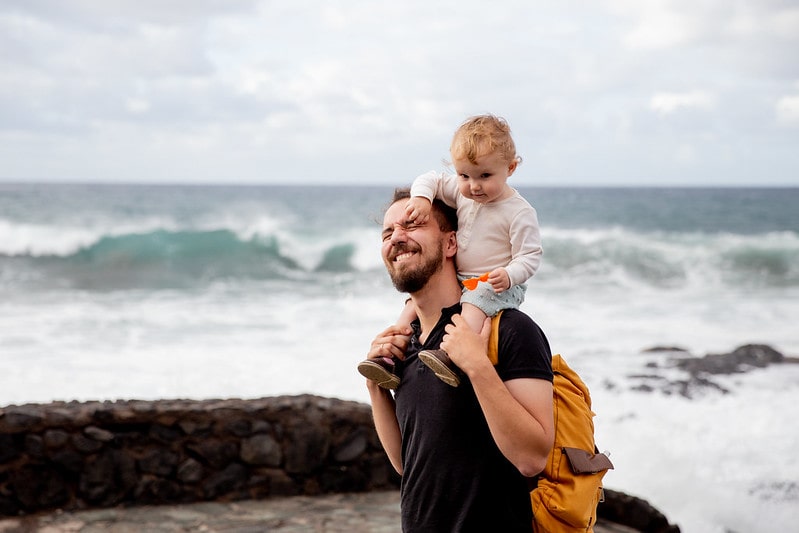 There are hundreds of wonderful baby girl names that start with I out there, and we've been on a search to gather together a  baby name list with 93 of our favourites.

There is a huge choice of baby girl names out there - you might be looking for traditional girls' names, or wanting baby names that are more unique. This list of I names for girls has a bit of everything, from super short baby names like Ida and Iza to perennial favourite girls' names like Isabella and Imogen.

If you ask us, the best baby girl names are like the best baby names all around. They're the ones that suit you and your baby girl. Every family will have different taste in baby names because every family is different. For many parents, being on a search for the perfect baby name for your little girl can take some time. There are so many names out there, from familiar favourite baby girls' names like Isabel and Irene to unique girl names starting with the letter I like Ilyssa and Ingelise. The search for a baby name can be rewarding, exciting, joyful and, let's face it, occasionally a little scary. After all, you're choosing the name your baby girl will be bearing all her life, whether she's introducing herself at nursery or signing the paperwork for her promotion. There are so many brilliant baby names out there, it can be hard to know which one to pick. That's why we've pulled together this list of incredible girl names that start with I to help you on your search for the perfect name for your baby girl.

Classic Baby Girl Names Starting With The Letter I

These baby girl names that start with I are favourites for a reason. Some of the names we'd usually put in this section have been having a moment recently, so if you don't find a name you were expecting here,  a quick search in the contemporary section will probably find it.

1. Imogen (Latin): image. An ever-popular name based on a misprint in a copy of Shakespeare's play Cymbeline.

3. Isabel (Spanish): God is my oath. Spanish version of Elizabeth, now very popular in its own right along with its many variants.

4. Ishbel (Scottish): God is my oath. This Scottish version of Isabel is also a lasting favourite.

5. Isabeau (French): God is my oath. Another perennially popular variation on Isabel. We're starting to think Isabel should have its own section!

Contemporary I Names For Girls

These fashionable baby names beginning with I have been topping many parents' search in recent years.

1. Iris (English):  flower. One of the most popular baby girl names in recent years, its popularity has soared.

2. Isabella (Spanish): God is my oath. Another Isabel variant, and one of the most popular baby girl names of the last few years.

3. Isla (Scottish): an island. This trendy baby girl name has been flying up the charts, perhaps because it also belongs to actress Isla Fisher.

4. Ivy (English): climbing plant. A vintage name that's made a serious comeback since Beyoncé and Jay-Z gave it to their baby girl, Blue Ivy.

5. Izzy (Spanish): God is my oath. Short form of Isabella that has become popular in its own right following the recent trend of using short forms of classic names.

Vintage Girls' Names Starting With I

Forgotten favourites, these names were top of the baby name pile back when our grandparents were kids.

2. Iphigenia (Greek): born to strength. Mythological daughter of Agamemnon who was sacrificed before the Greek fleet set off for Troy.

4. Irma (Old German, Georgian): whole; deer. While its German meaning, whole, is a version of Emma, it's also a popular name in Georgia, where it means deer.

Girls' Names Beginning With I, From Books and Film

These baby names that start with I belong to characters from books, plays and films.

1. Ianthe (Greek): sea-nymph. A daughter of the sea god Oceanus in Greek myth.

2. Iduna (Norse): goddess of spring in Norse myth, this baby name was more recently given to Anna and Elsa's mother in Frozen.

3. Igraine (English): the mother of Arthur in the Arthurian legends.

4. Illyria (English): place name. While it's always been the name of a part of the Balkan Peninsula, this became an I name for girls when Shakespeare used it in his play, Twelfth Night.

Celebrity Girls' Names Beginning With I

These beautiful baby names belong to some well-known ladies.

1. Idina (English, Hebrew): wealthy friend; noble. This name has been made popular by actress and singer Idina Menzel.

2. Imani (African): faith. Rapper Imani is the most popular current holder of this name meaning faith.

5. Inés (Spanish): pure. Spanish version of Agnes. Fashion designer Inès de la Fressange has been showing us how stylish this baby name can be.

Mythical I Names For Girls

These girl names that start with I pack some serious girl power. They belong to goddesses, nymphs and other characters of myth.

1. Iaera (Latin): nymph. The name of a nymph in Roman mythology.

2. Indrani (Hindi): wife of Indra. Another name for the Hindu deity Shachi, goddess of beauty and jealousy.

3. Inga (Norse): Ing's protection. Ing was a Norse god of peace and fertility.

5. Isis (Greek, Egyptian): the Greek name of the Egyptian goddess of fertility, motherhood and magic.

I Girl Names From Nature

These natural baby girl names beginning with the letter I may not be from flowers like the ones above, but they're still gorgeous.

4. Ivory (English): white, the hard substance of an elephant's tusk.

Beautiful girl names that start with I to show everyone she's a star.

Meaningful Girl Names That Start With I

These baby girl names beginning with I will tell the world who your baby girl is.

Place Names For Girls, Starting With The Letter I

Although many place-based baby names tend to be for a boy, these ones are definitely girl names.

1. Inca (Peruvian): people of the Quechuan valley. Can also be a variant of the Scandinavian name Inga, meaning Ing's daughter.

2. India (Sanskrit): river. Although in English it's the name of a country, the original Sanskrit word means river.

3. Iona (Scottish): island. An island in the Inner Hebrides.

Girls' Names Beginning With I That Have Double Meanings

1. Idea (Hindi, German, English): heart, hardworking, idea. This baby name is three for one. As well as being a word in English, it also counts among I names for girls in Hindi and German.

2. Irvette (English, Irish): friend of the sea. Can also be a feminine form of the name Irvine.

Short Girls' Names Starting With I

Short baby girl names are in vogue. These tiny I names for girls squeeze a lot of meaning into three letters.

2. Ica (Greek, Hungarian): light. One of those baby girl names that are popular in two languages, this baby name means light both ways.

3. Ida (Old English, Norse): protection; work. Also works as a pet name for many other girl names starting with I.

Girl Names That Start With I: Alternate Spellings

These baby names may not have originally started with I, but creative parents of previous generations have brought them on to the list of baby names beginning with I.

2. Ilyssa (English): God is my oath. A variant of Elissa, which come from Elizabeth.

Girl Names That Start With I In Other Languages

These baby names may not begin with the letter I in English, but in other languages, they're definitely girl names starting with I.

5. Ivana (Russian): God is gracious. Female version of Ivan, a name of Russian origin that comes from John.

I Names For Girls, From Around The World

A collection of girls' names beginning with I from across the globe.

Unique Girl Names Starting With the Letter I

These baby girl names that start with I will stand out from the crowd if you're on a search for something unusual.