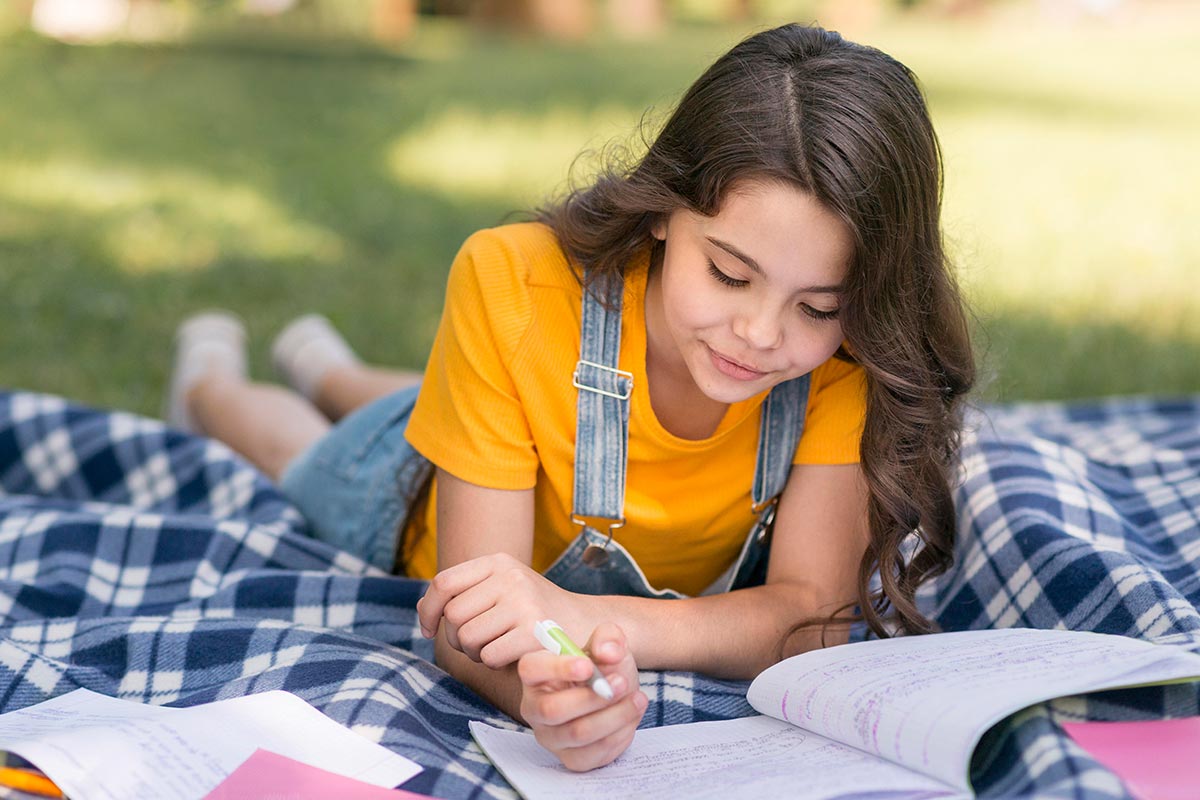 Hyphens (-) are a key sentence building block that is usually taught in upper KS2, around Year 6.

It's important to use hyphens correctly because it'll make sentences clearer, but, it can be hard to tell when using hyphens is necessary. They're especially confusing because they look so similar to other types of dashes.

In this guide, we'll help get rid of some of the ambiguity. It'll help you learn what hyphens are, what they're used for and what the difference between hyphens and dashes is, with plenty of examples along the way.

If you're looking for more help teaching your children English, take a look at Kidadl's guides to similies and prepositions.

What Is A Hyphen?

Hyphens stick two or more words together and are an important way of letting the reader know that those words are related to each other and should be treated as one new word.

For Example: "My favourite colour is a pinky-purple one." Without a hyphen, it wouldn't be as clear what that colour is. The hyphen is what creates this colour in between a pink and a purple by physically linking them together.

When Do You Use Hyphens?

'Pinky-purple' is an example of a hyphenated compound word.

A compound word is a new word that is created when two or more are put together. These can be written as separate words, one word, or be connected by a hyphen. So, hyphenated compound words are new words that are created by putting a hyphen in the middle.

Take a look at this list of hyphenated words for some more examples:

If you're confused about whether something should be written as one word or be hyphenated, check in a dictionary. If it isn't in the dictionary, it's probably a new word and should be hyphenated to avoid confusion and ambiguity and to make it clear to the reader that it should be treated as one word.

An exception to this rule is if your hyphenated compound word comes after a noun. For example, the compound 'thank-you' changes based on where the noun 'card' is:

Hyphenated word before the noun: "I send thank-you cards".

Hyphenated word after the noun: "I sent cards saying thank you".

Hyphens are also used for compound numbers. When numbers like 46 or 120 are written out, they are written as forty-six or one-hundred-and-twenty, instead of the individual words which make up the number. This makes it much easier to read the number.

Finally, hyphens are also used with prefixes. For Example:

What Is The Difference Between A Dash And A Hyphen?

It's important to know the difference between dashes and hyphens to avoid ambiguity and mistakes when teaching children.

For Example: "He was a simple dog - he loved food and walks".

A dash looks slightly longer than a hyphen and is used between two spaced words on a computer.

Write a list of sentences that need hyphens (but do not write the hyphens in the sentences yourself) and ask children to add the hyphen into the sentence in the correct place. This simple activity is great practice for children. Make sure to include one or two sentences that don't need a hyphen and see if Year 6 children can spot these!

To make teaching about hyphens a bit more active you could suggest a physical action that represents a hyphen (e.g. a star jump) and encourage kids to complete the action each time they think a hyphen needs to be included as you read out your prepared sentences. You could make this even harder by increasing the range of sentences used and introducing new actions for different types of punctuation.