How to Practice Long Division 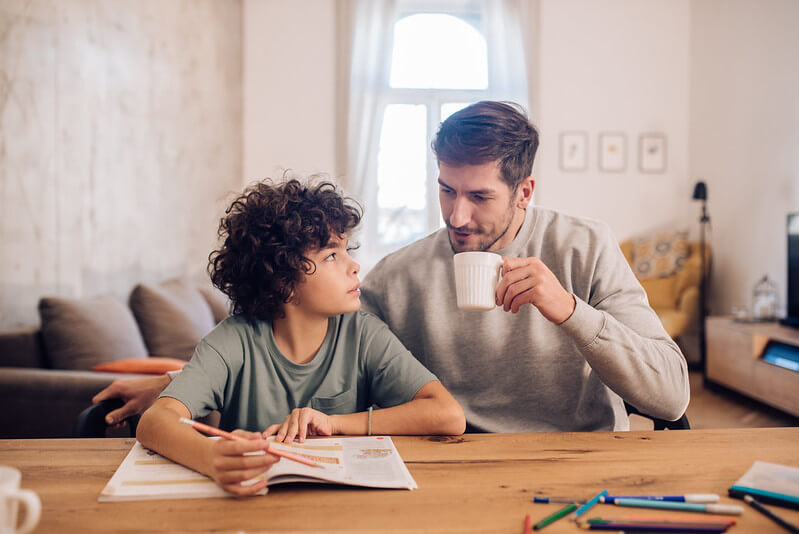 An important part of the SATs tests, long division is an essential maths skill for KS2 children to grasp.

Not only will it help them to do well in their exams, but it will help build their confidence in maths and arithmetic, which is sure to be useful for the rest of their lives. We will take a look at the method of long division that is taught as part of the national curriculum for kids in Year 5 and 6 and is designed for parents who want to support their children with their forthcoming school projects and maths homework for the year ahead.

Read on for a refresher on long division, as well as more details about its role in KS2 maths; we have also included a clear, step-by-step explanation for how to perform this mathematical process - it's easy once you know!

What is Long Division?

When Year 5 and 6 children are introduced to long division, it builds upon knowledge that KS1 and KS2 kids have been using and practicing for many years. This more formal version of division is the next step after what is often called the 'bus stop' method, or short division. In KS2, children are taught that long division is a process for dividing a large number (typically at least 3 digits long) by another large number (typically at least 2 digits). The questions that Year 5 and 6 children are asked at KS2 often require answers that include decimal places, fractions or that leave a remainder.

Year 6 pupils should be able to divide a 4 digit number by a 2 digit number by using the formal long division method, and children should also be able to show the remainder in a several different maths formats, including fractions or rounding the number up or down.

Different from the chunking method, short division or the more simple 'bus stop' method, long division has several different processes that must be done in a set order, which is as follows:

In the bus stop method, children are encouraged to divide numbers by estimating how many times the dividing number, or divisor, goes into the number being divided (also called the dividend). In this type of division, children try to guess how many times the divisor will multiply into the dividend, subtracting this guess and keeping tally of how many times they multiplied the divisor. Long division does not teach children to use guesses or estimates as the basis of the division, and as such, it is a much more straightforward method to use than short division or the bus stop method. Read on to see how  to use long division...

How To Do Long Division

As stated above, there are four parts to long division: divide, multiply, subtract, and bring the next number down. Before starting it may be a good idea to go over some of the more basic elements of long division. Try gauging whether your Year 5 or Year 6 child understands what the divisor is, what a remainder is and whether they are confident with their times tables (as multiplication is an important part of long division). It may also be a good idea to watch your child as they perform several examples of short division before moving onto the next maths process.

An Example of Long Division for Year 6

Follow the below example in order to understand the process of long division for Year 5 and Year 6 students.

At this point, you repeat the process with this new number, i.e:

Step 4: Bring down the fifth and final digit, keeping the 7 in the right place (as the 4th digit) to make 72.

Step 4: In this example, there are no more digits to bring down.

How to Check Your Own Long Division

Make sure to teach children that they must always show their working, and in KS2 maths try to get them to check their own work too. The best way to check a long division problem is to use multiplication: simply multiply your answer by the divisor - in this case 543 x 24 - to show whether the answer of this multiplication is the same as the dividend, i.e. 13,032.

How to Practice Long Division

Parents can teach their children this method, but practice makes perfect. There are several ways to practice, but one of the best ways to teach long division is to do sums together. Gradually, over time, try to have less input as a parent, so that your child becomes able to divide independently.

Top Tip: At first it may be a good idea to show each of the four steps - multiply, divide, subtract and 'bring down' - by drawing the symbols onto the page as you go (use an arrow to represent step 4 - 'bring down'). By drawing in the symbols it makes the process more logical and memorable, therefore reducing the possibility for mistakes and fumbles. As your child becomes more confident with long division, they can try performing their sums without drawing in the symbols for each step.

In order to build confidence try test papers, worksheets or math exercises that focus on long division practice questions, or use these online resources that are targeted at KS2 maths students. Find a resource that explains long division in a way that your child understands. Some kids will prefer to learn long division if they watch a video, whereas others may prefer to refer back to a completed example of long division.