How To Make Your Own Slime 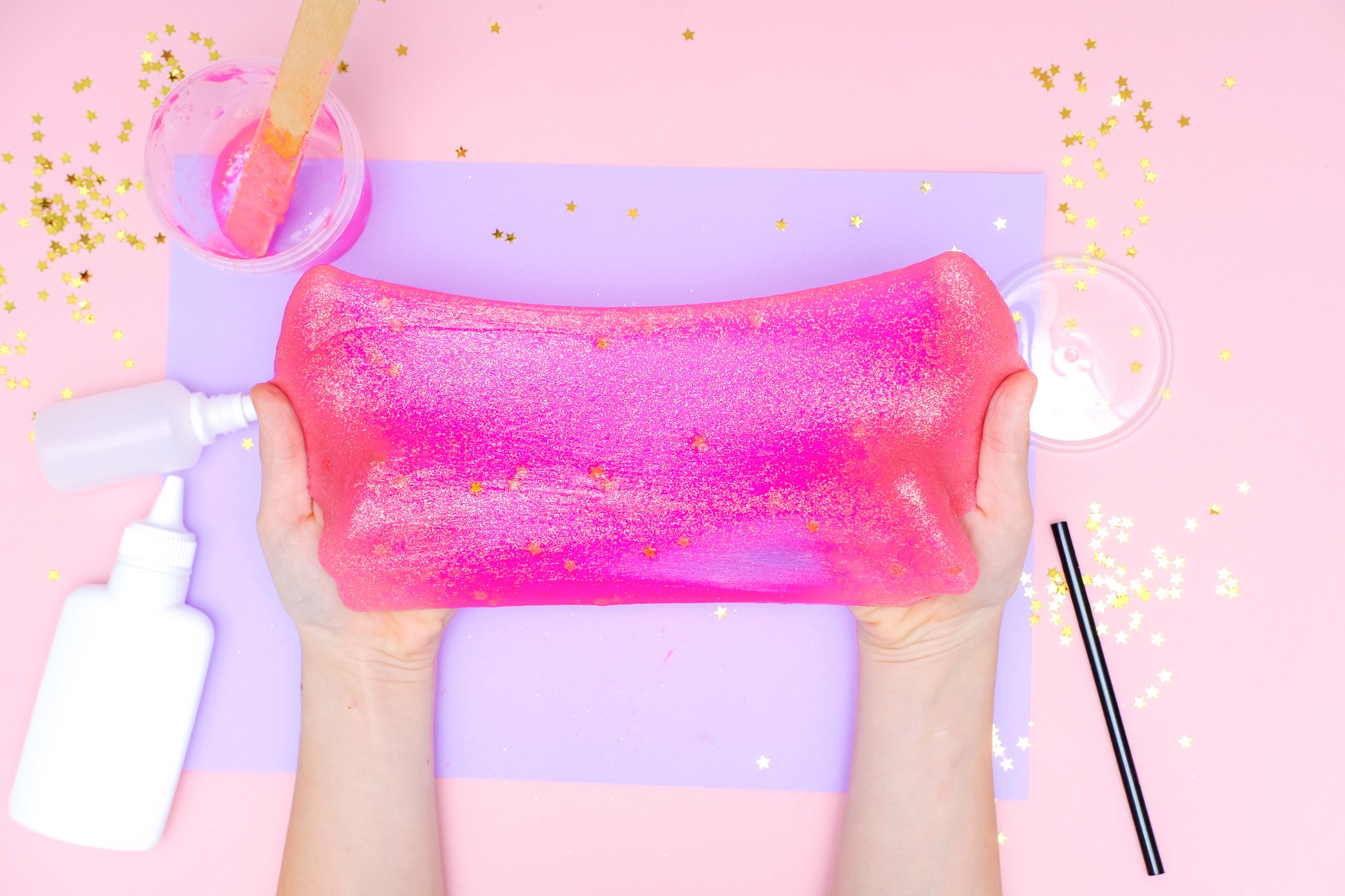 Slime has taken the world by storm. It's the biggest playground craze in the history of playground crazes. In fact, it's transcended playgrounds altogether and spread to every corner of the earth via the internet, making slime millionaires out of tween YouTubers and spawning millions of slime-obsessed devotees of all ages all across the globe.

This is messy play 2.0. Arts and crafts meets science. A relaxing, sensory activity that can keep kids entertained for hours as they explore all the possible varieties of slime. Cloud slime, fluffy slime, rainbow slime, soap slime, glitter slime...the possibilities are endless.

You can easily make slime at home with just a handful of ingredients. Many store-bought slimes and online recipes call for the use of borax. But using borax isn't essential for making homemade slime and we've chosen recipes that leave it out.

Things could get messy so we recommend putting some newspaper down or using a splash mat on the floor to avoid staining.

Making slime is a science experiment and a great opportunity to bring some fun into your home science lessons! Slime is what is known as a non-Newtonian fluid, because it can act as both a solid and a liquid. Pull-on it slowly and it behaves like a liquid, roll it up into a ball and it can bounce like a solid. It also takes the form of its container, just like a liquid.

For more ideas for creative activities to do with the kids check out our arts and crafts library here.

How to make it:

- Squeeze glue into a bowl and add baking soda. Mix.

- Add a drop or two of colouring. One drop for a light pastel shade, more for intense colour. Mix.

- Add contact lens solution. Mix. The mixture should now turn to slime, first taking on a stringy texture and then forming a ball, leaving no residue on the sides of the bowl.

- Take out and knead in your hands, or beat with the teaspoon in the bowl. After 30 seconds or so it should lose its stickiness and form a smooth, stretchy ball. Add glitter if desired and knead to incorporate. Keep in a pot with a lid so it doesn't dry out.

Add a few drops more of the lens solution if you want your slime stretchier. If it is too liquid, add a little more bicarbonate of soda until you get the texture you want.

Thanks to the BBC for this slime recipe.

Perfect for toddler scientists and anyone who wants a full-on sensory slime experience!

How to make it:

- Add condensed milk and cornstarch to saucepan. Stir slowly on a low heat until mixture thickens. Take off heat.

Using the basic slime recipe as a base, you can add all sorts of ingredients to get amazing slime variations.

Fluffy Slime - add shaving cream to the mix. Add the same amount of shaving foam as the glue. Add to the mix during the first step. Fluffy slime lasts for one day, after 24 hours it will be like normal non-fluffy slime.

Unicorn Slime - add lots of glitter before adding the contact lens solution. Add different food colourings and glitter to different batches and twist them all together to combine colours.

Butter Slime - add some soft modelling clay at the kneading stage to get smooth butter slime! You can substitute the clay for 2-4 tbsps cornflour.

Floam - add polystyrene foam balls to the mix after adding the lens solution and make a satisfying, crunchy foam.

Soap Slime - squeeze some washing-up liquid/ hand soap/ shampoo into a bowl. Add a few drops of food colouring and glitter, if desired. Sprinkle some salt into the mix and stir until incorporated. Add more salt until of desired consistency and stir for a minute or two before adding more.

Oobleck - 1 cup water, 2 cups cornflour. Add a drop or two of food colouring. You will now have a corn slurry that acts like a solid when you try to dig into it but acts like a liquid when you let it fall from your hands or spoon.

How To Carve A Pumpkin For Halloween
Halloween Costume Hack: Become An Invisible Ghost
30+ Knee Puns That Kids Knee-d To Know
30 Burger Puns That Are Really Cheesy
Explore Kidadl