How To Make An Origami Squirrel: Easy Step By Step Guide 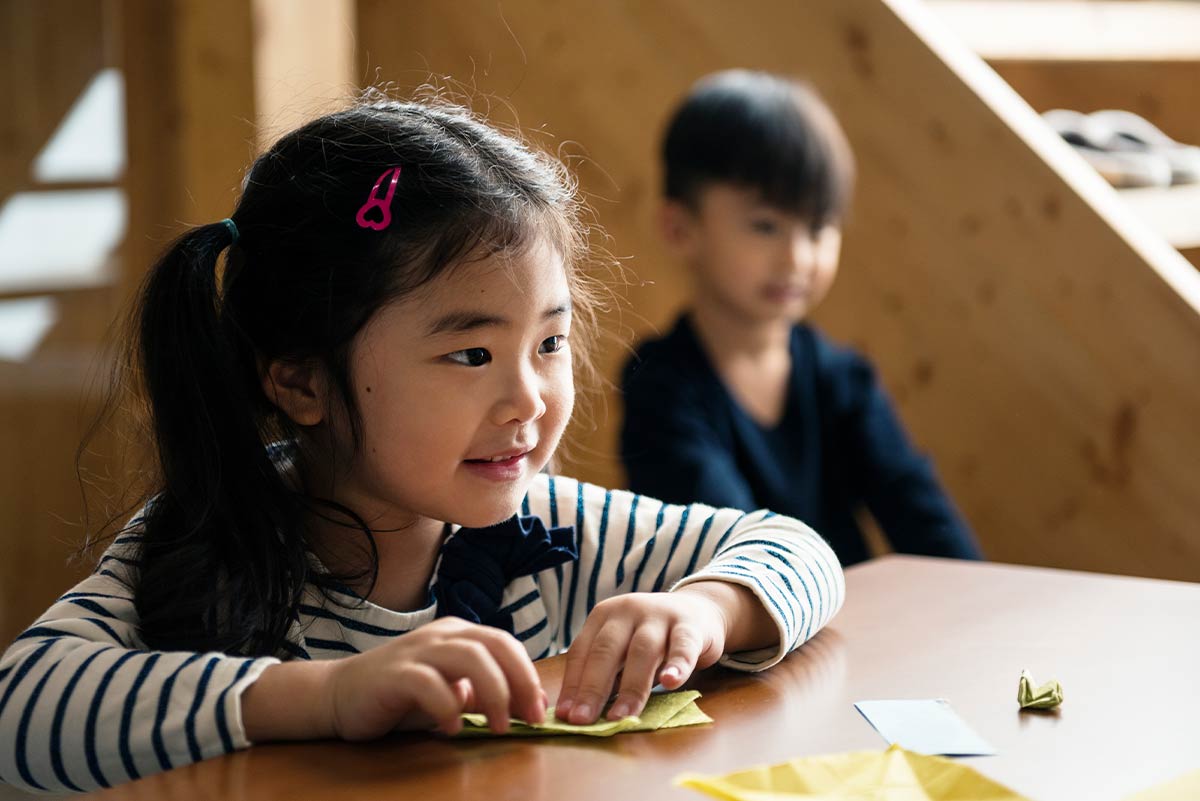 Origami is a traditional craft, with roots in Japan, China and Europe, that involves folding paper to make origami models, origami animals and origami decorations.

Origami is a great craft to do at home with children as it doesn't require a lot of equipment to do, improves fine motor skills and concentration, and you can choose an origami difficulty level that is appropriate for your children. Our easy origami tutorial gives you step by step instructions on how to make a cute origami squirrel for the perfect autumn activity.

One sheet of square origami paper, like this one in traditional brown.

Coloured pens or pencils, to decorate.

1) To make an origami squirrel, the first step is to place your origami paper coloured side down. Fold in half vertically, crease well and unfold. Do the same horizontally.

3) Fold each corner at a 45 degree angle to the centre line.

4) Open up each corner and swivel fold them flat to create a triangle. When you open each corner up, there should be a crease already there to help guide you.

5) From the left hand point, fold each side of the paper behind itself at an angle, to meet the centre crease and to create a kite-like shape.

6) There should now be two triangle flaps to the left hand side of your origami model. Fold the tip of each down and inwards slightly so that they overlap.

7) Fold your paper in half along the centre crease and then flip over so that the triangle flaps are facing downwards.

8) Keeping the left hand side of your model pressed closed with one hand, use the other hand to open up the other end and then use a reverse fold to fold it back in on itself along the centre crease and press this closed.

9) Rotate your paper 90 degrees clockwise. At this step, you should be able to see which part of the model is the tail of the squirrel, which is the feet and which are the paws.

10)  Use an outside reverse fold to fold down the top point at a 45 degree angle to create what will be the face of your origami squirrel.

11) At this step, the nose of the squirrel will look too pointy. Open the head section of your paper slightly and reverse fold the point inside to create a nose which protrudes less and is straight.

12) The final step in this easy origami tutorial is to fold the bottom right corners of your paper up inside the model to give a better shape to the tail and allow your origami squirrel to stand up on its own. All the folding of your model is now complete and you can move on to decorating your squirrel.

Finishing Touches To Your Origami Squirrel

To finish making your squirrel use your colouring pens or pencils to add facial features and make it look furry.

If you want to give it an even more lifelike appearance, you can stick two small pieces of paper at the top to create ears and even add some fluff to the tail to give it a bushy look.

These squirrels are perfect for decorating any autumn occasion and using origami paper that is brown or orange will add to that autumnal feel and make your squirrel look as real as possible.

If you want to extend this craft, you could head outside with your kids to gather crunchy leaves, twigs, acorns and conkers and then use these items to create an autumn artwork by arranging and sticking them to a sheet of paper with your squirrel as the star of the scene.

Now you have completed our easy squirrel origami, why not try some of our other easy origami tutorials to make a complete woodland scene?