How To Make An Origami Hummingbird 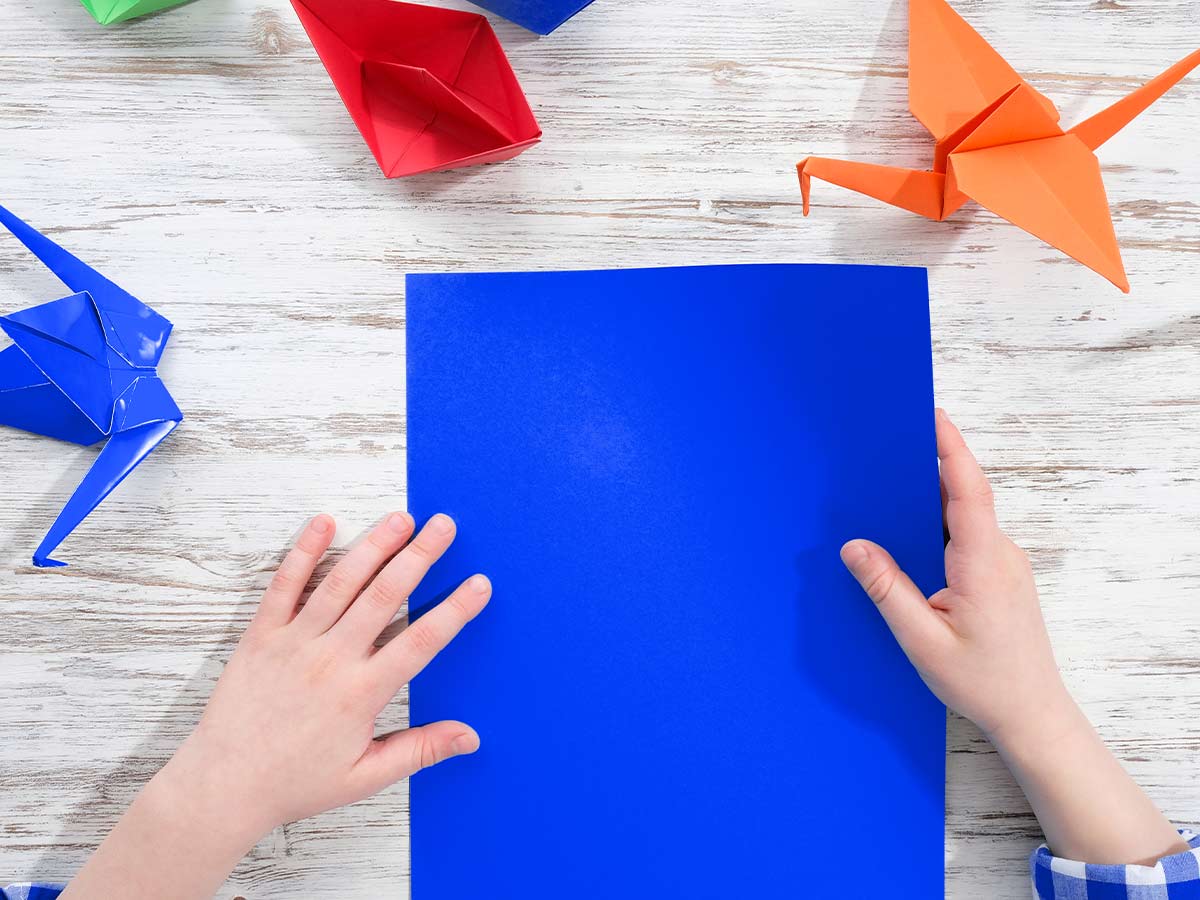 Origami, the art of paper folding, originated in Japan during the 17th century.

Since then, origami has thrilled adults and children alike. Origami folding shows the endless possibilities that can come from a sheet of paper and a few creases.

A square sheet of origami paper, white on one side and any colour on the other side (20cm x 20cm).

1) White side up, rotate the origami paper square to look like a diamond, then fold the square in half twice (left corner to right corner, then top corner to bottom corner) before unfolding.

2) Rotate the origami paper to a square again, then fold in half horizontally and vertically.

4) Lift the right corner flap (top layer only) and fold it into the central vertical crease, so that the bottom right edge that folds with it rests on the centre crease.

5) Repeat with the left corner flap on the top layer of the origami hummingbird.

6) Turn over and repeat with the remaining left and right flaps, turning the origami paper into the shape of a kite.

7) Take the top corner of the kite and fold it down down the middle. The crease formed should create a horizontal edge that joins the left and right corners of the origami hummingbird.

8) Lift the bottom corner flap (top layer only) up and over the top of the origami paper to open it out slightly.

9) Flatten the horizontal crease made in step seven, keeping the corner flap above it, then press the left and right flaps around the opening down to flatten it, turning the origami into a long closed diamond.

10) Turn over and repeat on the other side. The long origami diamond will form the body and wings of the origami hummingbird.

11) Turn over again and, lifting the top corner flap, fold it down to the bottom corner, revealing a small triangular flap and a larger flap behind it.

12) With just one of the large flaps down, fold the origami paper in half inwards by folding the left corner over to meet the right corner.

13) You should now have a long thin origami paper triangle, with the long folded edge on the left. Take the top corner and fold it downwards and into the triangle (an inside fold) so that the corner is now sticking out as a beak made of two flaps.

14) Take the left flap forming the beak and fold it down so that it rests on the body of the origami hummingbird.

15) Take the remaining right flap of the beak and fold it in half, so that its outer edge is on the middle crease of the flap.

16) Take the bottom edge of the beak and fold it upwards to the middle crease also, joining the other folded edge.

17) Fold the bottom flap of the beak up to meet the top edge, folding the beak in half. If necessary, use a small pen to adjust the inner folds so that the flaps come together without bumps on the inside.

18) For the wings, lift the bottom flap (top layer) and fold it up so that the diagonal edge is horizontal, resting on the middle crease of the origami hummingbird.

19) Turn over and repeat with the bottom flap on the other side. Your easy origami hummingbird is complete!

Make sure the edges of the origami paper are aligned well before creasing, making the hummingbird nice and tidy.

Crease well after each fold of the origami hummingbird, so that the crease lines form a sharp, neat line.