How to Make An Origami Flamingo With Kids 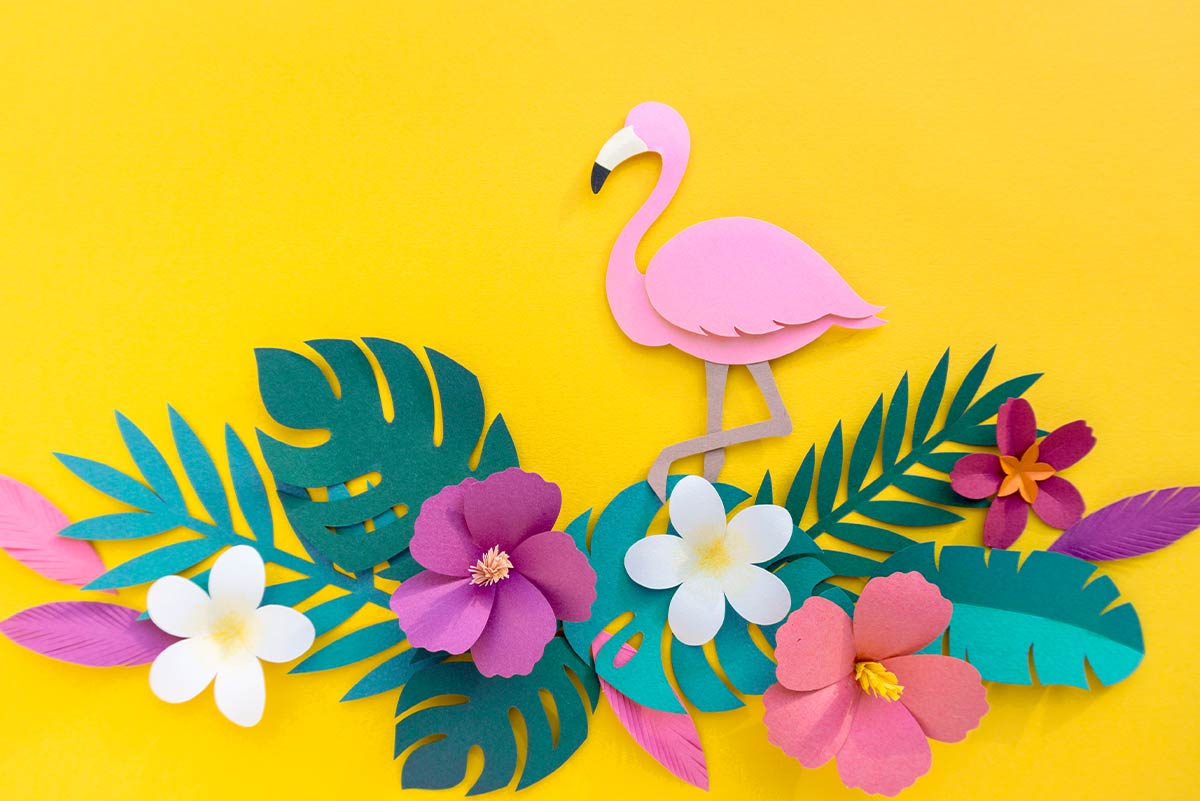 Origami is the name for the awesome art of paper folding.

Originating in Japan in the 17th century, origami is one of the most popular paper crafts worldwide, enjoyed by both kids and adults. Origami for kids is a fantastic way to learn a new skill because it's so interactive.

Origami develops concentration, spatial awareness and fine motor skills, meaning that kids that engage in this craft will pick up loads of transferable skills that can help in other aspects of life (such as in school and sports). Plus, the vast amount of origami creations that are possible (at varying difficulty levels) will definitely get the creative juices flowing.

You may be familiar with origami and not have even realised: ever made a chatterbox? It's one of the most popular origami creations among kids, along with the crane and the classic paper aeroplane. Origami animals like the crane and, of course, the pink flamingo are super fun to make because they completely transform a humble sheet of paper, then become handy imaginative play toys after!

Origami paper, pink on one side and white on the other (20cm x 20cm). 20cm origami paper is often hard to find, so you might need to buy it in a multipack like this one; that just means more origami for you, and luckily we have blogs to help you make a whole zoo!

1) White side down, rotate the square slightly so that it looks like a diamond. Then take the top corner of the diamond and fold it down to the bottom corner. Crease well then open up again.

2) Lift the right corner and fold it across to meet the left corner, then crease well and open up again.

4) Fold in half vertically by taking the right edge and bringing it over to meet the left edge. Make sure a crease is neatly formed by folding the paper well, then unfold it.

5) Fold the square in half horizontally by taking the top edge and bringing it down to meet the bottom edge, again creasing it well. Then unfold to reveal the square with four creases altogether, in the shape of an asterisk.

6) Lift the left corner, pinch it downwards, then repeat with the right corner, keeping both of them pinched.

7) Allowing the paper to fold along the creases already formed, bring the two corners down to meet on top of the bottom corner. Then bring the top corner over to fold over the bottom and side corners also.

8) Flatten and crease well - you should now have a small diamond shape, with all of the white paper on the inside of the diamond.

9) Lifting the left corner flap, fold in to rest on the centre line, crease well then unfold. Repeat for the right corner flap.

10) Take the top corner of the paper fold it into the centre of the diamond, then crease well and unfold.

11) Take the first layer of the bottom corner and lift it up, so that it rests above the top corner. Fold the left and right flaps of paper (sticking up in the middle) down, closing the opening. Crease well and keep flattened.

12) Turn the paper flamingo over to reveal a longer, slimmer diamond. Then repeat steps eight to ten on this diamond.

13) Fold the left and right corner flaps into the centre of the diamond again.

14) Turn over and repeat step 12 for the remaining flaps, creating a kite shape.

15) Lift the right corner flap and fold it into the centre a second time.

17) Take the bottom left corner and fold it back diagonally, to that the inner left edge becomes horizontal. Crease well.

18) Take this corner again and fold it upwards to meet the left corner above it, creasing well.

19) Take this corner again and fold it down diagonally, so that the little triangle of paper folded down creates the head of the flamingo.

20) Take the top corner flap on the shape and fold it down, so that the crease is below the flamingo's head. Turn over and repeat, creasing at the same point.

21) Fold the little paper triangle between the wings downwards and tuck it behind the back wing - done!

Top Tip: To give your origami flamingo a super pointed beak, fold the tip of the head downwards at a slight angle to distinguish it from the head.