How To Make An Origami Duck 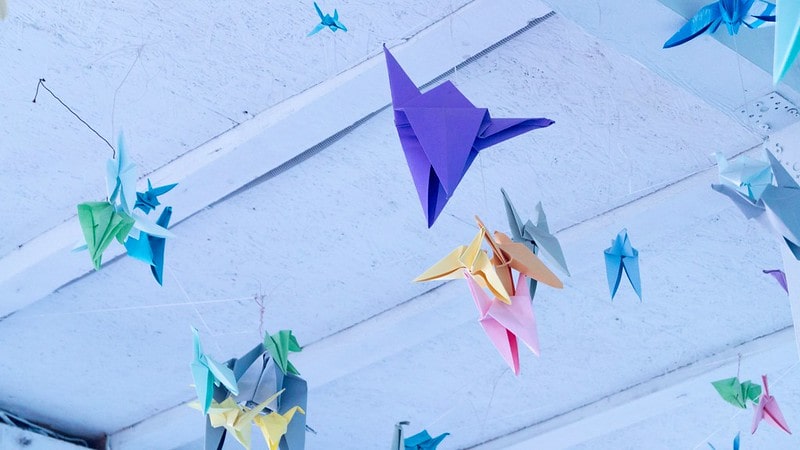 Origami is an activity that is linked most to Japanese culture, but it is also practised across China and Europe.

The name of the act itself translates from Japanese to 'Folding Paper' which is a simple and concise way to describe the craft which consists of paper folding to create beautiful shapes and structures. Learning how to do origami can be extremely beneficial for children who have difficulty with patience, it also takes great dedication and care to make the delicate pieces.

Paper crafts and origami can be as difficult or as easy as you would like them to be. It's recommended to start with easier shapes and structures and then work up to difficult ones as your skill level increases. You can go the standard route when creating your paper duck by using yellow materials, or get as creative as you want and decorate to make a duck that is colourful and stands out - it's up to you.

So, read on to find out how to make origami ducks with your kids.

How To Make An Easy Origami Duck:

One sheet of origami paper in a colour of your choice.

Taking the left side of the origami paper, fold this halfway so that it meets the crease you made with the first fold. Do the same with the right corner, folding it in half again. Your origami sheet should now resemble a kite shape.

Now you'll want to do the same with the top of the origami sheet, bring both sides in the middle crease and fold. Now your origami paper should look like a smaller diamond.

Once this is done, flip the origami sheet over so that the folds are facing downwards. Then simply fold the sheet in half again, lengthways.

Now take one side of the origami paper, and fold it diagonally until it meets one of the corners of the sheet. This should create a neck shape. Once you've done this, bring that fold back to normal, unfold the paper again so that it's back to the small diamond shape, and press the new fold into the crease so that the 'neck' peeks through the folds in the sheet.

After this is done, create a smaller version of the same step on the other side to create a tail on the paper duck.

Now heading back to the neck, open up the top end of this fold, push inwards and create a smaller fold that sits in the neck. This indicates the shape of the beak. And in a few easy steps, you've made an easy duck model using origami.

If you don't have any origami paper on hand, you can always use a normal piece of paper cut into a square for the same effect.

Alternatively, if you want to make a family of origami ducks and are wondering how to make paper ducks of different sizes, simply use the same techniques on an even smaller piece of paper to create a cute origami duckling model.

Sometimes for children it can be frustrating to mess up many times, so try practise a few times using scrap materials, that way when it comes to making the perfect origami paper duck model, there won't be as many mishaps.