How To Make An Origami Crow 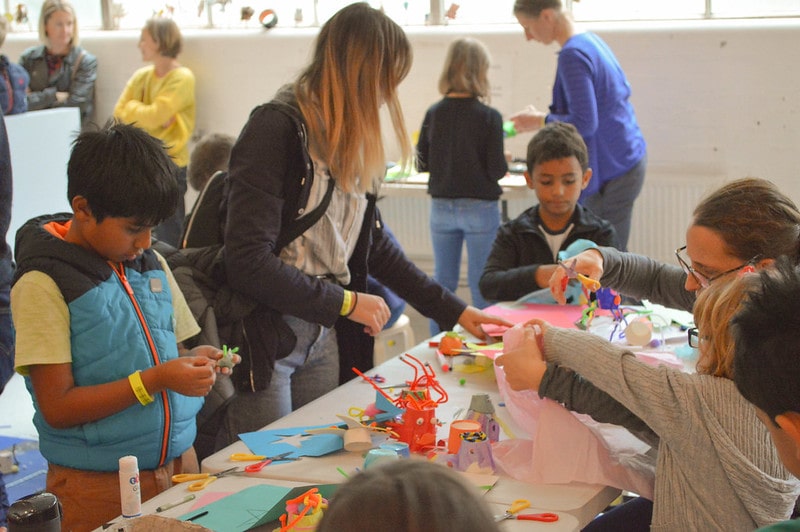 Traditional origami is the ancient craft of folding paper to make beautiful structures and models without needing glue, tape or anything else to hold them together.

Of all origami designs, perhaps the most famous is the traditional origami paper crane. With our guide, you'll learn how to make a different type of origami bird: a paper crow.

Our easy origami instructions are set out step by step so that you, your children and their friends can make a Halloween crow that, when you're done, will help create a spooky scene as they perch on the side or stand at the window.

One square of black paper per origami crow. The paper should be coloured on both sides and ideally, 6 inches by 6 inches.

Coloured paper, pens and any other craft supplies you'd like to decorate your origami paper crows with.

How To Make A Crow

Flip your paper back to the other side and rotate it so that it is a diamond shape rather than square.

Bring the left and right corners together into the centre. This should cause the top corner to fold into the centre on top of them. This will create a shape known as a "square base".

Now you have your origami paper square base, the next step is to use this to create an "origami bird base".

Fold the bottom left and right edges to the central crease of your shape. Then, fold down the top corner to make the shape shown below.

Unfold the sides and fold them back behind to structure to the centre crease and unfold them again. Open up the top layer of paper and fold it back in on itself.

Flip your model over and repeat the last two steps for that side and your origami bird base is now complete.

Now you have the base for your origami crow, you can now finish it by giving it legs and a head.

Fold the points of the two bottom flaps up to the centre crease. These are what will form the legs. Then, fold them both down over themselves out to opposite sides.

Flip the paper to the other side. This is what becomes the back and tail of your origami crow.

Now, fold your model in half as shown below.

For the final step, fold over the top point to the desired angle to make the head of your origami crow and you have finished these easy origami instructions!

If you want to, you can now add a small piece of orange paper to make a beak or maybe even stick on a few feathers to give it a realistic look.

Now you know how to make an origami crow, if you don't want to make just one, grab a few more sheets of origami paper and make a whole flock of origami birds.

These origami crows make great decorations for any Halloween event. They can be perched on a surface or strung together to make bunting. You could even hang them from the ceiling to make them look like they are flying.

Why not try making some other spooky origami animals too such as bats or spiders to guarantee a spine-chilling scene!