How To Make An Origami Bowl 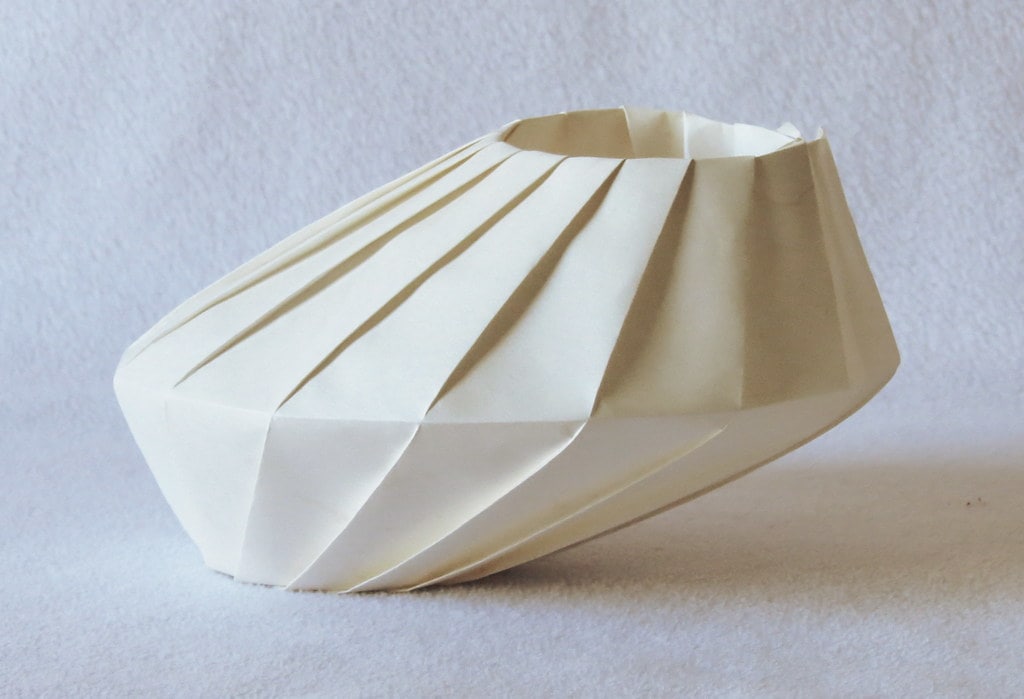 This origami bowl craft is super practical and is great for creative and curious kids interested in crafts.

Origami, put simply, is the art of paper folding. Originating in Japan, people have been creating impressive structures using solely paper since the seventeenth century.

Traditional origami used folds to create a range of practical and ornamental items from paper alone (no scissors or glue needed). In learning how to make a paper bowl, kids can discover more about traditional origami techniques and develop their concentration skills, creativity and attention to detail through one simple craft. Once the origami paper bowl has been completed, kids can use it to store their stationery, small toys and even snacks.

Grab some paper of your choice and get ready to make an origami bowl that will come pretty handy!

Here are some easy origami instructions to help kids under ten learn how to make origami bowls and display their skills in paper crafts!

1) Measure the longest side of the paper using a ruler, then divide this number by three.

2) Take the pencil and mark a third of the length along the top edge. This mark should be closer to the left edge than the right edge.

3) Fold the left edge in, so that it lines up with the mark.

5) Take the bottom left corner and fold it inwards, to that the corner and part of the edge meet the left crease. Make sure the other edge of the flap is horizontal.

6) Lift the bottom edge of the paper and neatly fold the bottom to meet the top, creating a horizontal crease where the top edge of the corner flap is.

8) The fold will fall short of the top edge of the paper, which is fine. Use the pencil to lightly mark where the top layer reaches, on the left and right edges. Then, using those marks as a guide, trim off the excess paper so that both folds are the same height. If cutting with scissors, use a ruler to draw a line joining the marks so that you know where to cut. Then unfold.

9) Using the left and right creases formed earlier, refold the right side followed by the left side on top.

10) Fold the origami in half, taking the right edge and folding it over to meet the left edge.

11) Unfold only the left section.

12) Lift the edge of the right section in the middle of the fold, and fold it back to the outer right edge.

14) Lift the flap on the outer right edge and fold it all the way over to the left edge.

15) Take the bottom right corner and fold it in, so that both the corner and edge rest on the middle crease.

17) Keeping the left corners in place, take the left edge and fold it back over to the right.

18) Take the next edge on the left side and fold it over to the right also.

20) Keeping the corners in place, lift the right edge and fold it over to the left.

21) With care, spread the outside of the box apart by pulling the left and right edges, while keeping the top and bottom edges inwards.

22) Straighten out and adjust the edges - your origami bowl is complete!

For a bigger origami bowl, consider using A3 or even A2 paper!

Only have square paper? Fold the paper into thirds and then trim one of the edges to make it rectangular.