How To Make An Origami Bear: Two Amazing Ways For Beginners And Pros 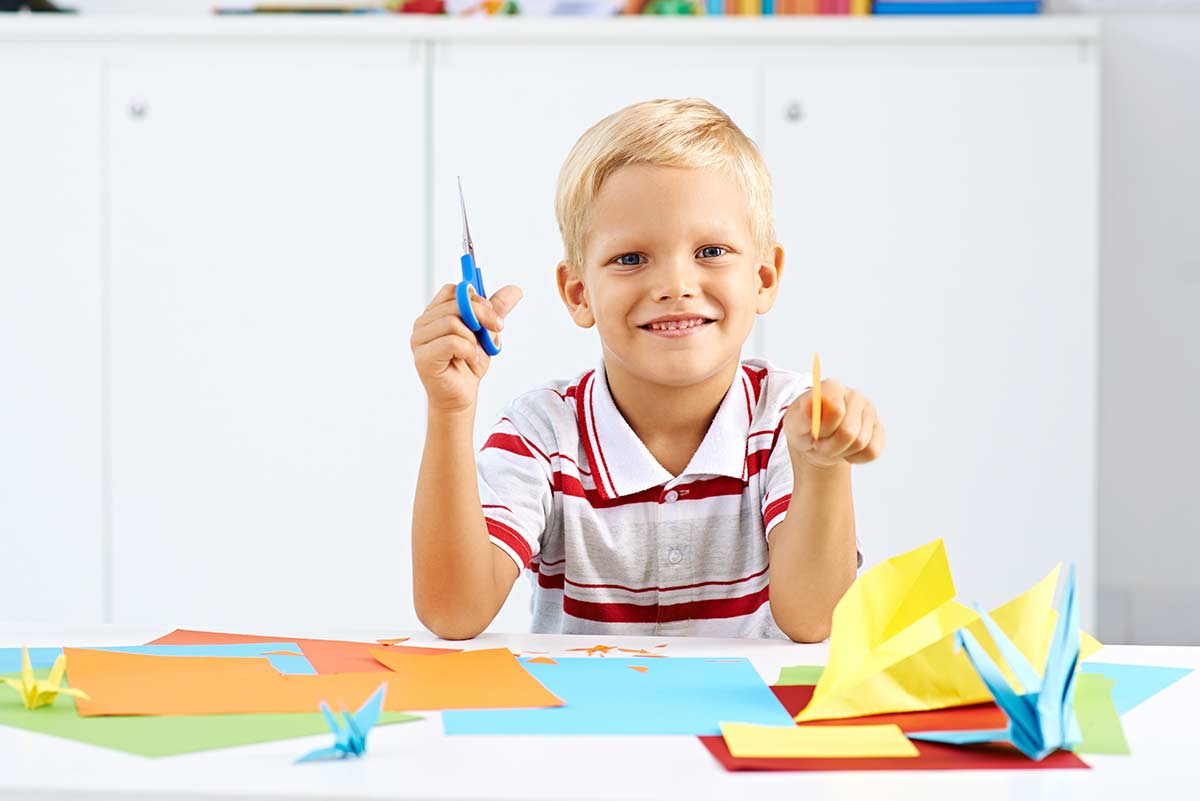 Most kids get their first origami experience with the folded paper 'fortune tellers' that they make in school, but there are hundreds of origami patterns out there, from cars to unicorns. Traditionally, origami involves only folding paper (no cutting and sticking), so it takes few resources, and there's no risk of ending up cleaning glue off the carpet.

This simple origami bear face tutorial is perfect for beginners.

To make your origami bear face, you will need:

A square of brown origami paper.

A pencil or pen.

How to make an origami bear face:

Start your origami bear face by putting the paper brown side up on a clean, flat surface.

Turn it to make a diamond shape and fold in half from top to bottom to make a triangle, then again from left to right. Unfold.

Fold the outer corners inwards at an angle, so that they overlap the middle. Your paper should look a bit like it's hugging itself.

Bend these two 'hugging arms' back outward about 1cm from the edge of the paper for the origami bear ears. Fold the tips of the triangles towards you.

Flip the paper over to make an upside down pentagon with two tabs sticking out at the sides. This is the main origami bear face.

Find the two layers of paper at the bottom corner. Fold each layer back on itself a little way; about half a centimetre.

Fold the top layer back on itself to make a white hexagon. This is the mouth and nose of your origami bear face.

Use the pencil to draw the nose and mouth of the origami bear face on the white hexagon and its eyes on the brown bit above. Once you've got them right, you can go over them with a pen. Your origami bear face is finished!

This tutorial will show you how to make an origami bear. It's trickier than the origami bear face above, so it's perfect for those who've already done some origami and want a bit more of a challenge.

To make an origami bear, you will need:

A square of brown origami paper.

How to make an origami bear:

Start with the paper white side up. Fold in half horizontally. Unfold.

Fold the top and bottom edges to the middle. Unfold. Your paper should have four horizontal lines across it.

Fold the paper in half vertically. Unfold.

Fold the left and right sides to the middle. Unfold. You should see 16 small, equal squares.

Find the small square at the bottom right hand corner. Fold the top left corner of your sheet of paper to the top right corner of this square.

Find the small square at the bottom left hand corner. Fold the top right hand corner of your sheet of paper to the top left corner of this square.

Fold the sheet of paper inwards along the two diagonal creases you created in the last two steps. Leave the middle of the sheet sticking up.

Fold the middle flap to the right. Bend the top layer of it back along the diagonal crease. Repeat to the left.

Take hold of the edge of the crease at the bottom of the top right square and pull it up and over until it's vertical. Let the right hand side of the paper follow it until you have a square's width of brown showing all down the right hand side. There should be a small white triangle sticking out at the top left. Fold this over to the right.

Repeat the last step on the left side, so that you have two squares' widths of brown paper showing with a white triangle sticking out of the middle.

Open the white triangle up and squash it flat so you end up with a white diamond shape split vertically down the middle.

Tuck the left hand side of the white diamond under the brown flap on the left, and do the same on the right. You should see a pentagon with two brown triangles sticking out at the top.

Fold the shape in half horizontally from the bottom.

Turn the shape over. Fold up along the bottom crease.

Unfold the back flap. You should now have a rectangle with the bottom of an upside down triangle sticking out of the top.

Fold the top left hand corner of the rectangle over then unfold. Open the corner, squash it, and fold left side of the bear to the right. Repeat on the other side.  You should now have a square with two small triangles and one large upside down one above it.

Fold in half vertically. Rotate the shape so that the points are on the left and facing down.

The left hand points are the back legs of the origami bear. Fold the left side forwards, parallel with the fold leading down from the top left corner. Unfold it, then fold it back again to the inside.  Repeat on the other side.

Fold the head (rectangle) in half vertically. Unfold.

Fold the lower right corner back on itself to the top middle. Unfold.

Pull the top right corner out and back to where the head joins the body, so that it opens up at the top. Fold it forwards and up a little way so that it sticks out above the head to form an ear.

Repeat the last two steps on the other side.

Fold the head back diagonally then unfold.

Open the neck a little from the bottom and fold the very tip of the origami bear snout under and inwards so that it's blunt instead of pointed.

Use a marker pen to add an eye if you want.

Your origami bear is finished.

If you don't have origami paper, you can use plain brown or white paper instead for your origami bear face. You could even get the kids to use pencils or crayons to lightly colour the paper. Paint can work too, but it often makes the paper harder to fold.

If you're happy to have a different colour origami bear, leftover wrapping paper can make good origami paper. It being plain on one side makes it easier for children to see what they're doing as they follow the origami bear instructions.

If you only have white paper available, you can make your origami bear a polar bear or a panda instead of a brown bear.

If you haven't got much origami paper, or you like to give things a trial run before you do them, it can be a good idea to follow the instructions once on a piece of scrap paper so you get a good idea of how to make a bear, before you start the real project.