How To Make A Lego Cake For Your Child's Birthday 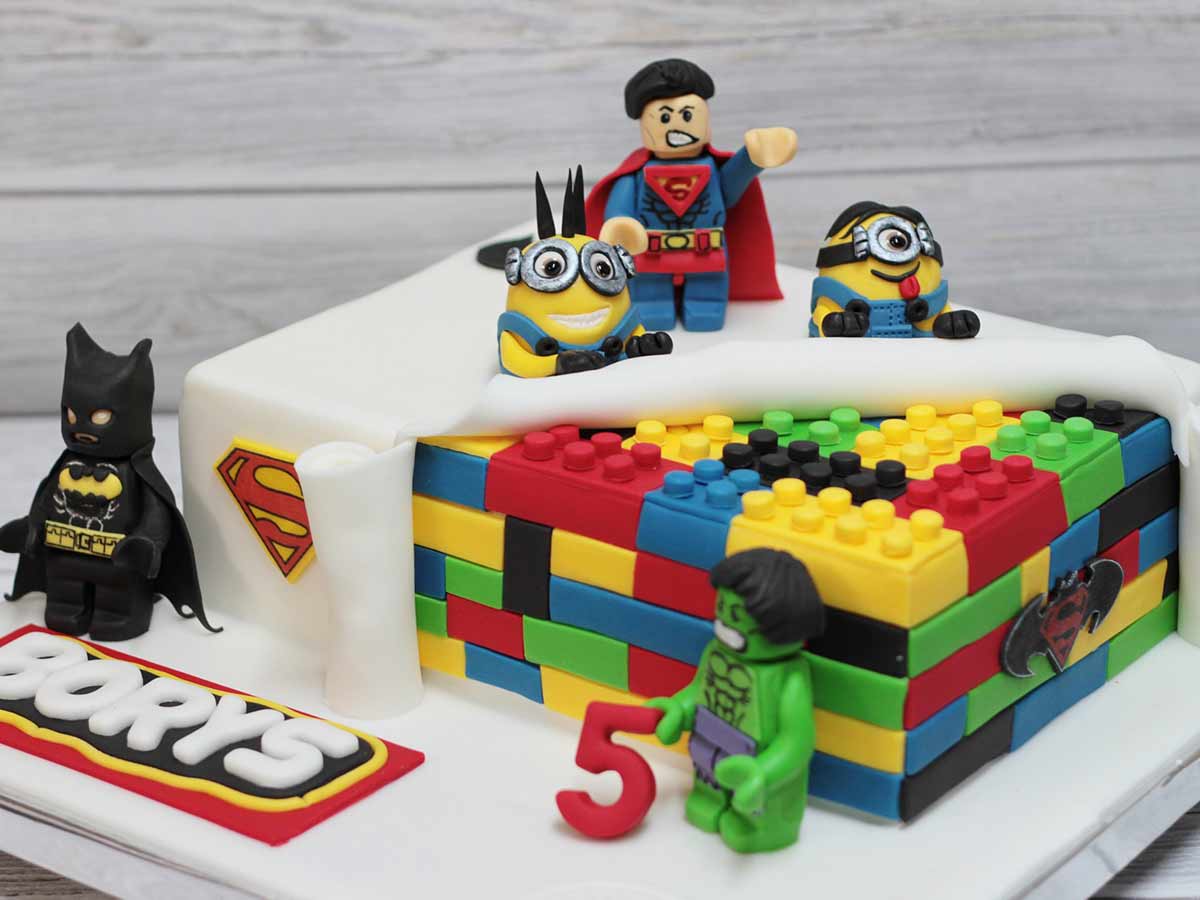 We know what you are thinking; bringing DIY Lego themed cake ideas to life must be tricky. There’s no need to worry if you’re not the next Mary Berry in the making, a Lego brick is just a rectangular cake with a few raised studs on top. How hard could that be? No, not that hard, right? In fact, it’s super easy peasy – and you can make one with the kids too.

If Lego isn’t your cup of tea, there’s plenty of other themed birthday cakes and brilliant  birthday party ideas on our site, such as Disney's Mickey Mouse. Let’s get cracking and show you how to make a Lego cake.

Did You Know? Lego has been around for an impressive 62 years? That’s right, the colourful small plastic Lego bricks have been happily keeping children (and adults) entertained for generations, and they aren’t waning in popularity.

Ingredients To Make A Lego Cake

This is a straightforward recipe to modify as the quantities are based on the weight of the eggs. So, if you require a larger Lego birthday cake to feed more party guests, add another egg or two (before you start mixing!). Don’t forget to increase the additional ingredients to the new weight.

Four large free-range eggs. Weigh the eggs (in their shells) to determine how much flour, sugar and butter to use in this recipe. You will need equal weights of each of these key ingredients, so it is key to always begin with weighing the eggs.

Approx 400g (or the total weight of the eggs) of each of the following:

Self-raising flour. If you’ve had the flour sitting in the cupboard for a while, add a heaped teaspoon of baking powder.

Buttercream or jam - something to act as a glue to cover your cake with, so that fondant icing sticks to the Lego birthday cake.

Fondant icing in your choice of colour, the glossy bright yellows, reds, greens and blues are typical of Lego bricks.

There’s no need to buy a Lego cake mould; a regular rectangular baking tin will be fine and serve as the perfect Lego brick mould.

How To Make A Lego Cake

2. Cream together the sugar and margarine until it becomes light and fluffy. Let it rest a few minutes and then continue to make your Lego birthday cake.

3. Beat the eggs into the mix, one by one, along with a spoonful of the flour.

4. Once all the eggs are fully mixed, sift in the rest of the flour (and baking powder, if you’re using it). If you are using an electric mix, try not to over-whisk the cake mix at this point.

5. Pour the Lego birthday cake mix in your prepared cake tin(s), and then place in the oven.

6. Bake for around 25-30 minutes. When you remove the Lego cake, it should be golden brown, and shrinking slightly away from the edge of the tin. You can test to see if the cake is cooked by inserting in a skewer or knife. It should come out clean with no residue on your knife.

7. Leave the cake in the tin for 5 – 10 minutes, then turn out to cool completely. It must have cooled down completely before you decorate. And no, please don’t put it in the fridge immediately! That’ll dry out the cake.

How To Make Lego Studs

You don’t need to bake another cake for the Lego studs or buy a Lego fondant mould. Slice off some of the cake to create those classic Lego brick studs to go on the birthday cake. Be sure to cut off enough from one end for the number of studs you require.

You can make six DIY Lego studs for the bricks to replicate a classic Lego block. Then cut the studs from two slices of cake you slice off the end, using a circular cutter. Place these on top of the Lego cake, and voila, Lego bricks!

Did you know sifting by hand adds air to the batter, which results in a better rising cake?

When the Lego birthday cake is cooking, try not too open to oven too soon, or the cake won’t rise!

Create an entire Lego themed birthday, with Lego balloons and decor, you could  make some accompanying smaller Lego cakes for guests to take home.

Some versions we have seen, have added Lego cake decorations using real Lego. You could spell out the name of the recipient using Lego bricks.

To create the DIY Lego studs (for the cake decoration), the secret is to make your Lego cake extra long so you can trim some thick slices from the end. Then cut using a round cutter, cut out the circular Lego stud from these slices.

Other DIY Lego cake suggestions we have seen include using a sliced-up Swiss roll, marshmallow teacakes, Oreo biscuits or those large Reece’s Peanut Butter cups inside the studs. We have also seen DIY Lego birthday cakes with multi-layered bricks in varying colours! There’s no end to creativity with Lego cake ideas, just like real Lego.