Hadrian's Wall (KS2): Everything You Need To Know 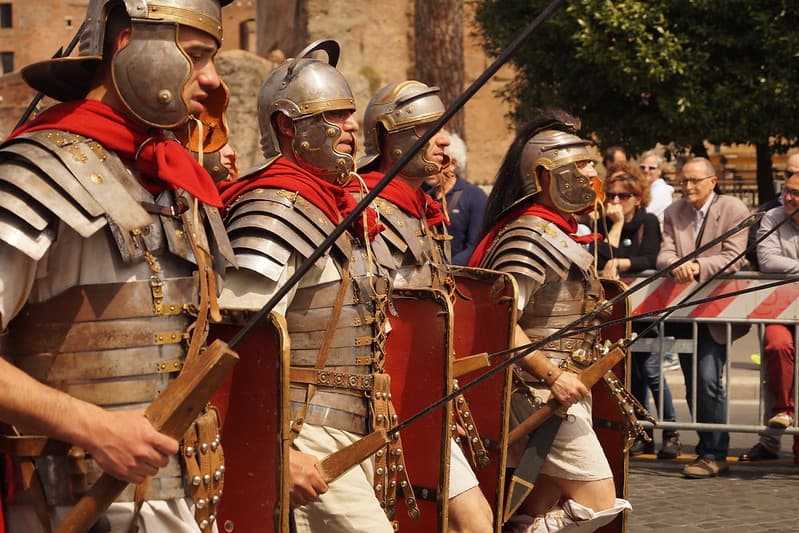 Constructed by the Romans, Hadrian’s Wall is a stone structure in the north of England.

The Romans annexed what is now England and Wales in AD 43. The British tribes were quickly conquered, but going any further north was going to be an issue.

When the Romans tried to invade Caledonia (Scotland), the Pictish tribes held their own and whilst they were defeated in many battles, they won the war. When emperor Hadrian came to Britain in AD 122, he ordered the construction of a wall, Hadrian’s Wall, to keep the Scots out.

The Roman Empire invaded most of Western Europe (France, Greece, Spain, Germany...) as well as the Middle East and North Africa. As part of the KS2 History curriculum, the Romans are a great subject to get stuck in. Looking at facts about Hadrian's Wall will help your kids learn about the fascinating history of Roman Britain and the great construction of the Empire. Londinium (modern day London) was the capital of the British part of the Empire, and there is still a lot of Roman history to be discovered all over Britain.

What Is Hadrian's Wall?

Hadrian's Wall is a coast to coast stone wall in Northern England built by the Romans. Constructed to keep the Scottish tribes out of Roman Britain (what is now England and Wales), part of Hadrian's Wall can still be seen today, nearly 2000 years later.

The construction of the Wall started in 122 AD and it took at least six years to complete. This is the largest Roman construction anywhere and goes to show how scared of the Picts tribes of Scotland (Caledonia) the Romans were.

Spanning the northern boundary of Roman Britain, the Wall was 117 kilometres (73 miles) across, going from the North Sea to the Irish Sea. Standing tall at fifteen feet, it was also pretty wide: between eight and ten feet.

Built by three legions of soldiers on the orders of the Roman emperor Hadrian, it was a great way to control the comings and goings of people, tax whoever wanted to enter and keep the Scots from invading. The “army of Britain” are recorded as having built the Wall. Three legions of trained troops were the main builders. Each legion was about 5,000 infantrymen.

Roman soldiers lived in 14 forts constructed along the length of the Wall, the most famous of which is Housesteads, a 5acres (2 hectares) fort in Northumberland.

Hadrian's Wall was a great defensive barrier, it had gates every Roman mile (a thousand paces) with milecastles (guard posts) protecting it and two turrets (observation towers) in between each milecastle. A ditch was also dug in front of it. Auxiliary troops from the north-west of the Roman Empire manned the Wall after its construction and lived in the forts which were built alongside it.

Hadrian was a Roman emperor who was born in Rome in AD 76. Becoming emperor in AD 117, he ruled for 21 years. Emperor Hadrian came to the British Isles in AD 122 as part of his tour of the western provinces of the Empire. Hadrian’s policy as an emperor was to defend and keep what he already had. Emperor Hadrian’s rule was not one of expansion. The 73-mile-long wall was probably ordered during the AD 122 visit to protect the Roman Empire’s interests. It took its name from the man who commanded his legions to build it: Hadrian’s Wall.

The Roman armies began their British conquest in AD 43 when the emperor Claudius quickly defeated the English tribes. Forty years later, 20,000 Roman soldiers led by the emperor Agricola tried to take on Caledonia (Scotland). The Roman Empire invaded Scotland a few times but they never managed to control the territory. The Roman Empire would never include Scotland.

The next Roman emperor, Antoninus Pius, abandoned the Wall and started a new one 160 kilometres (100miles) north, in the Scottish Lowlands. The Antonine Wall was 40 Roman miles and had even more forts than Hadrian's Wall!

The Antonine Wall was abandoned for good after 20 years and the Romans went back to Hadrian’s Wall. It was in use for 300 years.

By AD 410, the Romans had all but gone from Britain and the Wall was abandoned. It might have been manned by some local Britons, but eventually, the wall became a source of stones for local buildings.

1. The Romans never conquered the Scots, but successive emperors tried, meaning the border (and therefore the Walls) used varied depending on who was in charge.

2. Hadrian's Wall has been a UNESCO World Heritage Site since 1987.

3. You can go and walk alongside what is left of the Wall, following the National Trail footpath opened in 2013 between Wallsend and Bowness-on-Solway.