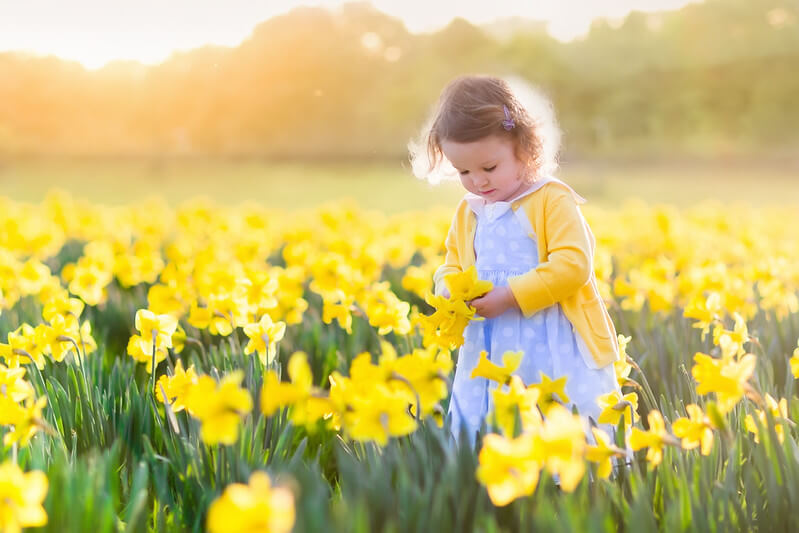 Are you seeking a great girl's name beginning with N for your new baby? There are a surprising number of gorgeous girls' names that start with this letter – from classic to modern, Japanese to Scandinavian.

Maybe you'd like to name your baby girl in honour of an aunt or granny, but don't want the exact same name – so you've plumped for the same starting letter.  This can be a subtler way to pay tribute – and give your baby girl an N-name you still love.

Perhaps your last name also starts with N, and you fancy some alliteration for your baby name (a trend made popular by the Kardashians).

Or maybe you're simply on the search for any great girl name. It could start with N, or it could begin with any letter, quite frankly – you just want to research what's out there and find a baby name that's unique and special.

Whichever way, we've got you covered with tons of girls names beginning with N. From Nora to Noemi, Nevaeh to Nova, search our hot 100 lists below – you're bound to find an N-moniker you adore for your baby.

These popular baby girl names that start with N have stood the test of time.

2. Nanette (English origin), meaning "she who bears the wine of life"

4. Natalie (English and French origin), meaning "the birthday of the lord"

Perhaps your search is for something that's a bit more modern. These baby girl names beginning with 'N' all feel just right for now.

7. Nova or Novah  (Latin or American origin), both meaning "new"

8. November (English origin), which simply stands for the month in late Autumn

Quite a few popular girl names come from Russia - why not consider one of these for your new baby?

There are a surprising number of great Greek baby girl names that start with N. Take your pick of one of these beauties.

2. Narcisa or Narcissa (Greek origin), from the Greek word for "daffodil"

10. Nike (Greek origin), named after the Greek goddess of victory

11. Nyx (Greek origin), stands for "night", after the goddess of the same name

There are some beautiful, popular baby names from India that begin with N. Try one of these names.

9. Nitara (Indian origin), This translates as "having deep roots"

Scandinavia (Norway, Sweden and Denmark) is a corner of the world that has plenty of inspiration for girl N- names, as our examples here show brilliantly.

1. Nansina (Swedish origin), meaning "one who has secrets"

3. Nettie (Danish or Swedish origin), meaning "clean". Can also be short for the names Annette or Jeanette

4. Nilla (Norwegian origin), means "she who watches, discovers the world"

Perhaps you'd like to take some inspiration from Japan? One of these pretty baby girl names could hit the mark - search below.

For something different, take a look at these N-baby names.

If you want to search for lovely baby girl names that start with N, the Emerald Isle has some popular baby options that won't go out of fashion any time soon.

Search for a baby name with some je ne sais quoi below.

1. Nanine (French origin), which stands for "full of grace"

Other Great Girls' Names That Begin With N

Still on the search for a great baby name? Browse these brilliant girls names beginning with N for further inspiration, ranging from the already popular to the more unique.

29. Normina (English and Scandinavian origin), meaning "from the north" and the feminine form of Norman

30 Nubia (African origin), meaning "one who joins in"