47 Giraffe Jokes That Are Head And Shoulders Above The Rest! 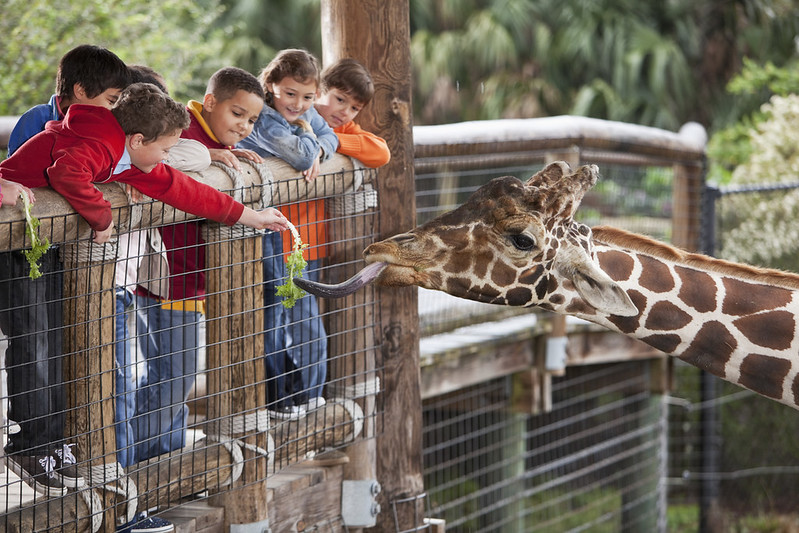 Giraffes are pretty funny-looking animals, with their long necks, tiny horns (called ossicones) and long eyelashes, but not half as hilarious as these giraffe puns, jokes and one-liners.

This might be a tall order, but we want you to enjoy these giraffe puns.

2) That's a hard thing to swallow.

3) He takes a long time to swallow his pride.

4) You're not a patch on the other animals.

6) You're stretching the truth.

Have a giraffe as you giggle at these knock knock giraffe jokes.

Giraffe anything to eat? I'm starving!

Giraffe to ask me that stupid question!

Did You Know? A giraffe has the same number of vertebrae in its neck as humans. There are seven of them, but each one is about 25cm long!

Stand-up comedians make their living from one-liners like these. Your audience will be laughing in the aisles at our favourite giraffe-themed one-liners.

12) I bet on a giraffe race the other day. Mine lost by a neck. It was nowhere near the finish line.

13) The giraffe at our local zoo graduated early from university. He was head and shoulders above the rest of his class.

14) I’ve just bought a giraffe online. I doubt it will be delivered, I think it might be a tall order.

15) I had an argument with a giraffe once, and found he was slow to apologize. It takes them a long time to swallow their pride.

16) Our local zoo only has giraffes. It's called Giraffic Park.

17) My mate told me he was eating an odd animal in a game restaurant. I think he was having a giraffe.

19) The teacher asked Billy to name 10 animals you could see in Africa. He replied: ''nine giraffes and an elephant''.

20) Did you know that giraffes can grow up to 18 feet? I've only seen them with four feet.

Did You Know? The spots on a giraffe's skin are not only used as camouflage, but they also cover a clever network of blood vessels and glands that help to keep the giraffe cool. And back to that neck, it may be long, but it's still too short to reach to the ground! Giraffes have to move their front legs apart to reach down to drink from a watering hole.

Why does everyone like question and answer jokes? We could tell you but it's a long story!

21) Why didn't the giraffe get invited to the party? Because he was a pain in the neck.

22) Why didn't the theatre audience laugh at the giraffe' s jokes? Because they went over their heads.

23) What happens when a giraffe swallows a toy jet? They get a plane in the neck.

24) Why do giraffes have long necks? Because their feet smell.

25) What do you get when you cross a Labrador with a giraffe? A dog who barks at aeroplanes!

26) What do you get when you cross a giraffe and a pig? Bacon and legs.

27) Why don't lions like giraffes? Because they always look down on them.

28) What do you call a wizard? A neckromancer.

29) What sort of art do giraffes paint? Giraffiti.

30) Did you hear about the man who made giraffe and lion jam? He called it Wildlife Preserve.

31) What do you get if you cross a tortoise, a giraffe and a kangaroo? A turtleneck jumper!

32) What did the giraffe say to the cat in the tree? Get out of my dinner!

33) What happened in the race between the giraffe and the ostrich? It was neck and neck the whole way.

34) Why did the giraffe get promoted to manager at the zoo? Because people looked up to him.

35) Why do giraffes have long necks? So that it will reach their head.

36) Where do giraffes go if they don't feel well? Giraffe-Sick Park.

37) Why did the giraffe leave his girlfriend? Because she was a Cheetah!

38) What's the most dangerous book you can read? A pop-up book about giraffes.

40) What do you call a load of giraffes in cars? A giraffic jam.

41) What did Dracula say when he met the giraffe. I'd like to get to gnaw you.

42) What is worse than a giraffe with a sore throat? A milipede with athlete's foot!

43) When does a giraffe have eight legs? When there's two of them!

44) What do you get if you cross a giraffe with a hedgehog? A 12ft toothbrush.

45) What do you call a giraffe that is winning a horse race? A longshot.

46) What do you call an animal that can transform into a boat? A Gi-raft.

47) What do giraffes have that no one else can have? Baby giraffes!

48) Why do giraffe children have bad teeth? Because they CAN reach the biscuit tin!

49) Why don't giraffes like to go to playgrounds? Because the monkeys use them as slides.

50) How do you get a giraffe in a fridge? Open the door and take out the penguins.

51) Why don't giraffes like fast food? Because they can't catch it!

52) Why did the elephant paint his toenails red? So he could hide up cherry trees.

53) What do you call a giraffe without a bowtie? Neck-ed.