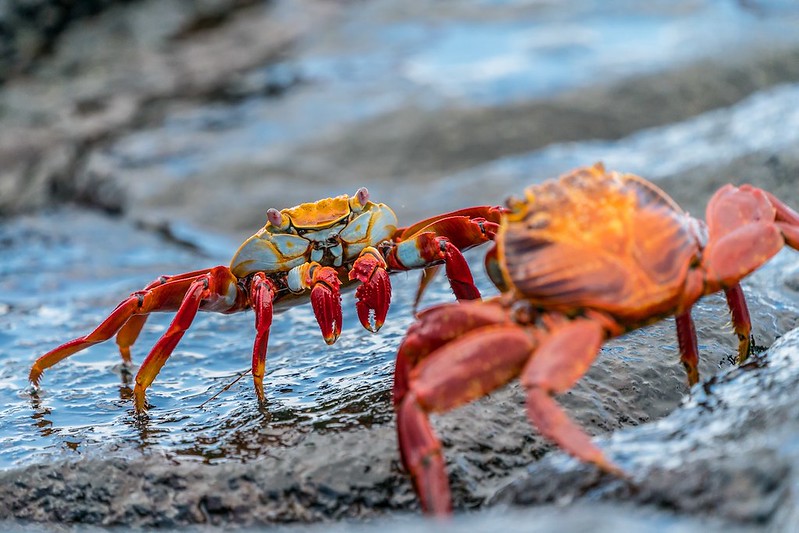 Everyone loves the seaside, and it makes for a great educational resource, as well as a fun day out.

Get ready for our favourite facts about the seaside, from the wacky to the wonderful. From the history of traditional beach foods, to the amazing range of creatures that make their homes by the sea, the seaside is an exciting way for your kids to discover aspects of history, science, geography and much more. Read on to find out about coastlines, sea creatures,  and even fish and chips.

Facts About The Beach

1. A beach first forms when waves from the sea deposit sand and gravel along the shoreline.

2. It can take thousands of years for one natural beach to form.

3. The sand on the beach can be many different colours, including red, green and black, as well as yellow-gold and white. This is because sand on the beach comes from nearby minerals and rocks which have broken away (eroded).  In Hawaii, for example, the sand is sometimes black because it comes from volcanic rock!

5. There are beaches all over the world and they aren't only present in mild and hot climates. The beaches in the Arctic and Antarctica are frozen over for most of the year.

6.  The beach changes every day, with the tide bringing in new materials, while removing others.

7. There is an island that is entirely made up of sand. This is called Fraser Island, and it is located next to Australia.

8. The longest beach in the world is called the Praia Do Cassino and can be found in Brazil. It is 212km long.

9. The tallest ever recorded sandcastle is 17.66 metres - that's just over ten times the height of the average man.

When Did Seaside Holidays Become Popular?

10. British seaside holidays first became popular during the Victorian period (1837-1901). Doctors even used to prescribe trips to the seaside for health reasons!

11. Many Victorian seaside traditions are still popular today. The Victorians invented donkey rides on the beach, deckchairs, ice cream cones, and even fish and chips, which was introduced by Joseph Malin in 1860.

12. The Victorians changed for the beach inside wooden carriages which were drawn into the sea by horses.

13. Charles Dickens was a big fan of Punch and Judy shows. These were puppet entertainments that Victorians would watch at the seaside.

14. The first seaside resort in Britain was Weymouth in Dorset. Even before the Victorians, King George III began the trend of sunbathing at Weymouth in 1789.

15. In 1934, King George V liked the beach so much, he had a one created in London, next to the Tower of London, and on the bank of the River Thames. He did this by importing sand from the nearby Essex coastline. 'Tower Beach', as it became known, remained open to visit until 1971, when it was closed due to pollution.

What Animals Live At The Beach?

16. There are more than 1,200 species of animals and plants at the British seaside alone.

17. There are five different dolphin species in the UK.

18. Hermit crabs do not have shells of their own; they crawl inside empty shells and use these to protect themselves. When a hermit crab grows out of its current shell, it will abandon it and find a new shell to inhabit.

19. Some of the many animals that may be found at the seaside in the UK are seals, jellyfish and starfish.

20. Sea anemones, which look like plants attached to rocks in the sea, are actually living creatures. They are also related to jellyfish.

21. Sea shells are the skeletons of animals called molluscs. Molluscs are marine organisms, whose skeletons are on the outside of their bodies. Examples of molluscs are mussels, clams and oysters.

22. There are over 50 species of seagulls. Seagulls also make their nests on the ground.

What Does A Beach Do?

23. The beach protects people who live near the seaside, shielding them from storms and harsh winds.

24. According to scientists, a visit to the beach may improve your mood.

25. The beach provides a diverse wildlife habitat for many different plants and animals all over the world.

26. The beach is good for the economy of a local area, because the seaside attracts many tourists.

Facts About The Coast

27. The coast is where the land meets the sea.

30. You can find many castles near coastlines in the UK. These were used to defend the UK from invasions. A great example is Dover Castle, which is high on a clifftop, and has been used for defences since the Roman times.

31. Coastlines make up about 8% of the earth's land, yet they have over three times that amount of the world's biological diversity.

32. The UK's oldest house has been discovered on the edge of a cliff along the coastline. It is located in Northumberland, and is thought to be 9,600 years old.

33. Coastal erosion happens on the beach. This is when the beach moves due to waves and winds.