Features Of A Letter (KS2) Explained 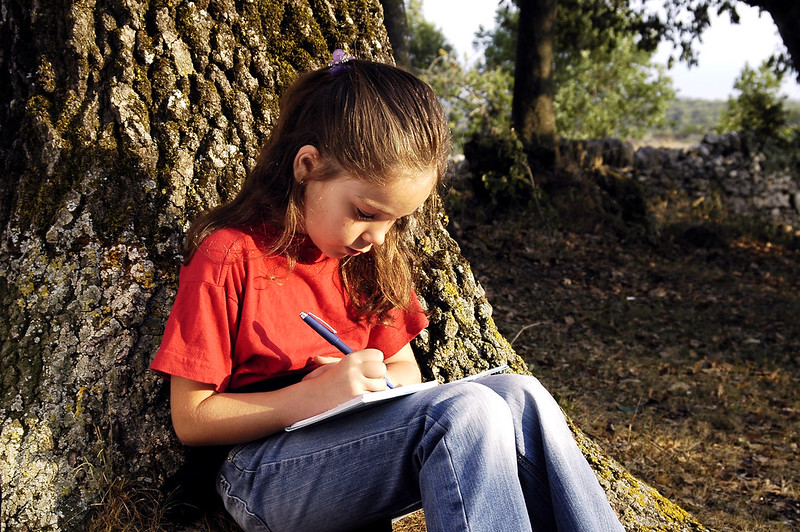 Being able to recognise features of letter writing and persuasive writing examples will show children the important skills they need to succeed in writing. Everyone is at different stages, so there is no need to stress. In their own time,  children will develop fantastic letter writing skills.

It's important to learn about the different skills needed for letter writing, here we'll take you through some persuasive writing examples (KS2 appropriate, of course). One thing that we think is really integral to this development is reading. Children should be encouraged to read lots, by doing this they will be able to develop writing resources through experience and exposure.

What Are the Main Features of a Letter?

Letters have a number of conventions and features regarding layout, language and tone that it is best to adhere to. There are differences between formal and informal letters, but there are also some similarities, which we will cover now.

All Letters Should Contain:

Salutation: This is the greeting, and the type of greeting will depend on what type of letter writing category it falls under.

For A Formal Letter: Dear [insert name or Sir/Madam if name is unknown],

Introduction: Don't be too put off by this formal word, although we are calling this an 'introduction', it's more of an opening statement that sets out the needs and requirements of your letter. Think about why you are writing this letter and what do you want the other person to get from it. Are you thanking them, persuading them or wanting more information about something?

Main Body: This is the part where you'll do most of the talking. When letter writing, this is where you want to get your point across.

In the main body of a formal letter you might be trying to persuade the reader that the service you experienced was, in fact, awful! Or you might be explaining why you are the right person for a job.

In the main body of an informal letter you might talk about a fun experience you had, or ask the reader how they are. There are a lot less rules for informal letters, it is in formal letters when you really have to pay attention to the rules.

Conclusion: The concluding remarks are often something kind and polite to close off your letter. You could say: 'I look forward to hearing back from you'. You might thank your reader too.

Farewell: This bit is short and sweet, and we often find it hard to search for the right way to end the letter. The goodbye you use will depend on the letter but there are some that will have your back covered for both formal and informal. We like to use 'kind regards' as it's polite and friendly and can be used both formally and informally.

Why Do We Write Letters?

Letters are an important way to communicate information and messages from one party to another. By putting our thoughts into words as letters, both  formally and informally, we can send a clear message to people around us, they are also a useful record in case you need proof of something. Here are the separate features of informal and formal letters that your child's teacher will be teaching them in school.

What Is A Formal Letter?

Formal letter writing is a type of letter writing used for official purposes, including for business and professional communication. It may help to make note of the resources we provide here as, at some point, everyone will need to write formal letters for a variety of different topics. You may want to thank a person for something they have done for example.

Typically, formal letters are written in first person, and sometimes third person if you are representing a business or organisation. For now, a KS2 formal letter will only need first person.

Formal letters are normally written in the passive voice - where the subject undergoes the action of the verb.

For Example: 'the contract is being signed by Luca'.

In the active voice, this same phrase would say 'Luca signs the contract'.

The passive voice makes sense in formal letter writing because you will often need to describe events that have already happened, maybe to thank someone for the great service.

When writing a formal letter, you should avoid using unnecessary words, making it as concise as possible by getting straight to the point when writing.

What Is An Informal Letter?

An informal letter on the other hand is a lot more freeing and there aren't as many rules when writing it.

The informal letter is written in a friendly tone, as it is often written to friends or someone you are familiar with. This type of letter is much more about personal communication. There is overlap with some features of formal letters, say if you want to thank a friend for a present, but in an informal letter you can do this in a much more relaxed way.

Maybe you are abroad and want to write a letter to your friend. This is a fun, and retro, way to stay in contact nowadays as you can really personalise your letter with illustrations, stickers and drawings! We recommend you try this out, it'll be as fun as you make it and it will really develop your child's letter writing skills. Be sure to keep our resources in mind when you do!

There is no prescribed format to an informal letter, unlike the formal letter. You could start off with, 'Hi Luca' as it's always nice to say hi, then you could jump straight into an exciting story! It is, however, good practice to have a little bit of a letter structure as it can help to guide you.

There are also no rules about which voice to use in this kind of letter. You can choose to write your letter in first, second or third person.

For informal letter writing, you should try to use the active voice as it makes the letter more dynamic and punchy.

You won't have to worry about contractions either, if you want to say 'it's raining today', then you can.

You might need to persuade your reader of something in a formal letter, this is called a persuasive letter. Persuasive letters can take many shapes and forms.

You might need to persuade a restaurant to give you a refund or a manager that you are a suitable candidate for a job.

Why not ask your child to have a go at writing their own persuasive letter using all the resources we have gathered here? We are sure they will quickly have lots of ideas about what to write in a persuasive letter to you!