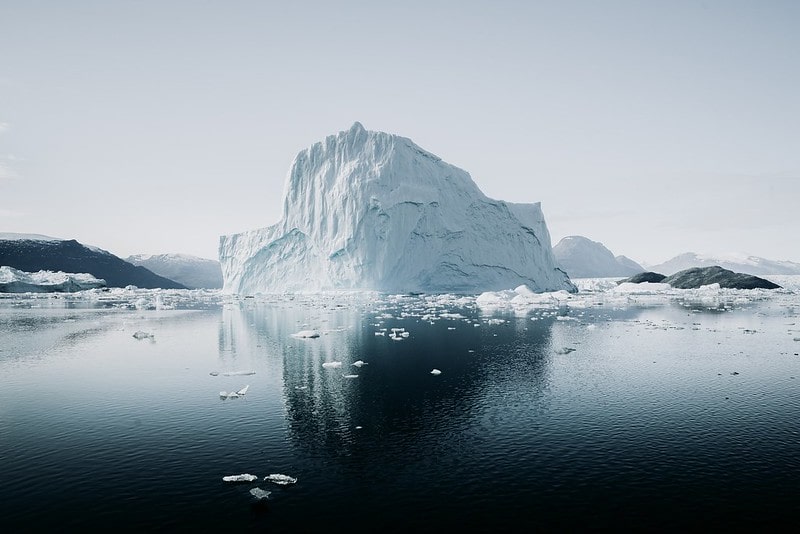 From its amazing natural phenomena, to its remarkable history through the ages, Greenland is one of the earth's most extraordinary places. Your kids will love learning all about the geography and culture of this incredible island, with our favourite facts about Greenland.

Read our top 41 fun facts about Greenland below, to discover all about the planet's largest island.

Greenland is known for its interesting geography, and has some of the world's most wonderful natural features:

1.Greenland is located in North America. It lies to the north of Canada, which is its closest neighbour, and is in the Arctic circle.

2.One of Greenland's most extraordinary natural phenomena is the Ilulissat Icefjord. This is located on Greenland's west coast and is an enormous collection of icebergs floating in the water. These have broken off from the Sermaq Kujallaq glacier. The Ilulissat Icefjord holds 10% of all the icebergs on the island and is enormous - it is as large as 66,000 football fields.

3.Greenland is the largest island in the world. It is even larger than the UK, Italy, Spain, Germany, Austria, Belgium, Switzerland and France combined! The land is also over three times the size of Texas, the second biggest state in the USA.

5.Just 20% of Greenland is ice free, which is where the population lives. Even though this is a small portion of the land, this ice free area is around the same size as the whole of Sweden.

7.Despite its enormous size, the Greenland population is very small, with one of the smallest populations in the world. This is estimated at 56, 025 people. The UK's population is over one thousand times more than Greenland's.

8.The capital city of Greenland is called Nuuk. It is a small city, and is located on the southwest coast of the island. Exciting sights in Nuuk include humpback whales, beautiful waterfalls and icebergs. Pretty colourful houses can also be found here, and there are three hotels for visitors to stay in.

9.The sun does not set in Greenland for a whole month, between May 25-June 25. This is because of its position in relation to the sun.

10.The only time the temperature rises above freezing (0 degrees celsius) in Greenland is in the month of July.

11.Despite being part of North America geographically, Greenland has politically been part of Europe for over 1 million years.

Much of the cuisine in Greenland is based around meat, because there is little vegetation:

12.The national dish of Greenland is called 'suaasat'. This is a yummy warming soup, and is made from seal, reindeer, whale or seabirds. These animals are all commonly found in Greenland.

14.There are two official languages in Greenland - Greenlandic and Danish.

15.Children in Greenland's schools learn both of these languages, and are also taught English.

16.Examples of Greenlandic words you might know are 'igloo' and 'kayak'. The kayak was historically used in Greenland to hunt whales and narwhals for food, and this continues today. It is also a national symbol.

Greenland has a rich and fascinating history, from the medieval times right up to the 20th century:

17.The first people to arrive in Greenland arrived 4500 years ago from Canada. These were the Inuit people.

18.Greenland got its name from a Viking medieval settler from Iceland known as Eric the Red who arrived there all the way back in 982 BCE. He called it 'Green land' so people would want to join him there - even though it was mostly covered in ice!

19.Archaeologists have recently discovered that over 2.5 million years ago, Greenland really was green. A study revealed that ancient dirt was frozen under all the ice.

20.Greenland is an independent country that is owned by the Kingdom of Denmark. It gained home rule (meaning it could govern itself) in 1979.

24The Norse population (Vikings) of Greenland mysteriously disappeared around the year 1500. To this day no one knows where they went.

Greenland is full of interesting and beautiful wildlife:

25.The Arctic wolf is a rare animal that lives in the Northern area of Greenland. Arctic wolves are smaller than regular wolves, with white fur, and usually live in caves.

26.Other common animals you might find on the island include seals, polar bears and Arctic hares. Arctic hares can jump to heights of 2 metres, which is more than the height of an average human. They can also run extremely fast - at about the same speed as a car drives!

27. Many different birds also live on the island. These include fierce predators like the Greenland falcon and white-tailed eagle, and smaller birds such as puffins.

28.Greenland is also home to the oldest bird species in the world. These are called great northern divers, and unlike most birds, have solid rather than hollow bones, for diving deep into the sea.

29.Sheep can be found at the very South of the island, where there are green pastures for them to graze.

Culture and Life In Greenland

There are lots of fun facts about what it's like to live in Greenland:

30.There are no roads between towns or railway stations in Greenland. The most popular way to travel is by boat, especially during the summer months, but snowmobiles and planes are also common.

31.There are only 16 towns in the whole of Greenland.

32.Greenland's National Day is on June 21 every year. This is the longest day of the year and is called Ullortuneq in Greenlandic.

33.The currency used on the island is the Danish Kroner.

34.Football is Greenland's National Sport, and each town has its own team.

35.Ice fishing is a popular pastime in Greenland. Annual dog sled races also take place, and are open to all.

36.In Greenlandic 'Kalaallit Nunaat' is the name for the land. This means 'the land of the people'.

37.Traditional Greenlandic national dress today is a mixture of clothes made from animal skins, such as from seals and polar bears, and glass beads brought by Europeans to the island in the 17th and 18th centuries. The national dress is worn on special occasions and festivals, including Greenland's National Day. The main colour of the national dress is red, and the dress varies regionally.

38.Greenland's most famous musical genre is drum dancing. Musicians used to play on a drum called a quillat which was made from a wooden frame with a polar bear's bladder on top. It was traditionally played by hitting the frame with a stick.

39.Fishing and mining are two of the island's biggest industries. Recently, many precious jewels such as rubies and sapphires have been discovered in Greenland.

40.The Greenlandic flag is red and white. These colours were inspired by the Danish flag, and the white background signifies an ice cap, while the red beneath symbolises the ocean. The top half of the circle represents the sun, and the lower part shows an iceberg.

41.There are three different time zones in Greenland!