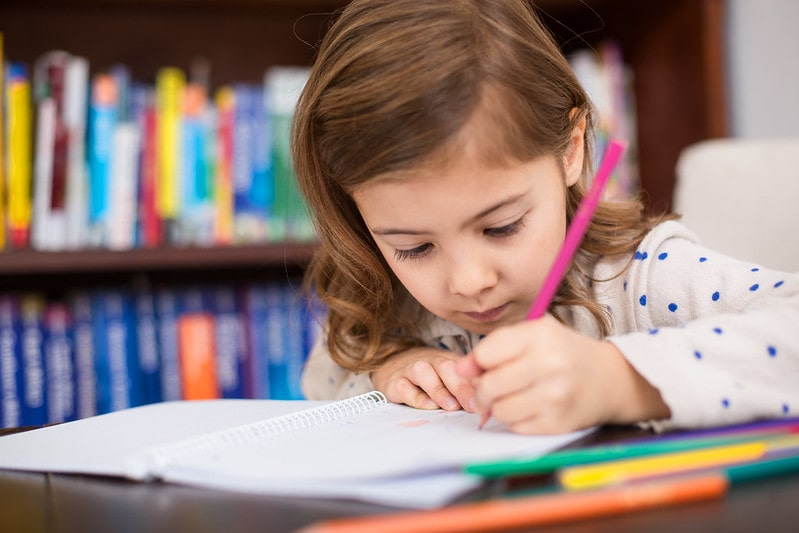 As parents, we generally want to support our children in their learning.

But many of us fret when it comes to helping with certain topics, and maths in particular is often problematic for parents.  It can even take us back our own struggles with maths during our school years: double long division, anyone?

Luckily, many of the concepts taught in primary school aren't as complicated as they might sound at first. Meaning you're probably better equipped than you might imagine in teaching maths.

So if your Year 4 child is learning all about equivalent fractions, and you've drawn a big mental blank, here's what you need to know to go about teaching them the right way.

What Are Equivalent Fractions?

The name is a big clue. Equivalents fractions are simply fractions which have the same values, but which look different.

Fractions are introduced in KS1, where children learn about simple ideas, such as halves and quarters. Teaching then moves onto trickier fractions (thirds and fifths) as children enter Year 3. Equivalent fractions are then taught as part of the Year 4 curriculum.

Some examples of equivalent fractions:

These might all look different at first glance, but each line actually represents the same values or proportions of a whole (1).

When you multiply or divide the top and bottom number of a fraction by the same number, it will have the same value.

You can also divide fractions by the same number to get a fraction equivalent to each other.

When you divide in this way, it's known as 'simplifying'. When you can't go any further with dividing, you have reached the fraction's most simple form; in this example, 1/2. (Remember, when you divide, you need to keep whole numbers inside the fraction.)

By Year 5, children are expected to be able to understand equivalent fractions that include 1/10s and 1/100s.

How Can You Recognise Equivalent Fractions?

When teaching your child, bear in mind that they might be asked, to identify equivalent fractions that are expressed in visual form.

This may be in picture or chart form, and they may be asked to shade or colour them in: for example, on a pie chart, or on a bar chart. Thinking about fractions visually can be an easy way to help children to fully understand them.

Children may also be asked to fill in the blanks in number questions:

Using a number line can be a particularly useful tool for teaching children how to understand fractions. Here a horizontal line will feature markings that show how a whole (1) can be broken down into fifths, eights and so on.

Some Equivalent Fractions Games To Play

Teaching is often more effective if you can introduce an element of fun.  Games can be a great way to help your children to get their heads round fractions, whatever year they are in. Including a visual element, in particular, can really help the penny drop.

Ideas to try include:

Cut out several big squares or circles in card or coloured paper. Keep two of each shape as your 'master'. Then cut the remaining shapes into halves, quarters and eighths; or thirds and sixths, and so on. Then try and ask your child to create equivalent fractions using these cut-outs placed on top of the master. So 1/4 and 2/8, for example. Ask them to create the same equivalent fractions using two different identical shapes. Keep a stash of rewards on hand for when they get it right.

Use household materials that are at hand. Try cutting an apple into halves and quarters, or a chocolate bar into eighths and sixteenths. Or make two carrot cakes or banana loaves and slice these up.

Encourage your child to think whether a fraction could be expressed in an easier way. We don't usually talk about 2/6 of something, but we do talk about 1/3.

Use number lines: draw your own, or print some off from the internet.

Look for online maths games, that use cartoon characters and time challenges; these can be a great way to get children to practise new maths concepts.

Use your imagination. Write a song or rap together about equivalent fractions, or even get your children to write a poem!

Children start learning about decimals in KS2 as well, which is another way to express proportions.

They will also learn how these can be equivalent to fractions. For example: 0.5 = 1/2 and 0.3 = 3/10. This is something to move onto, once they have understood the concept of fractions. Don't start teaching them too early, as this could confuse them; you might want to wait until these ideas have been introduced at school.