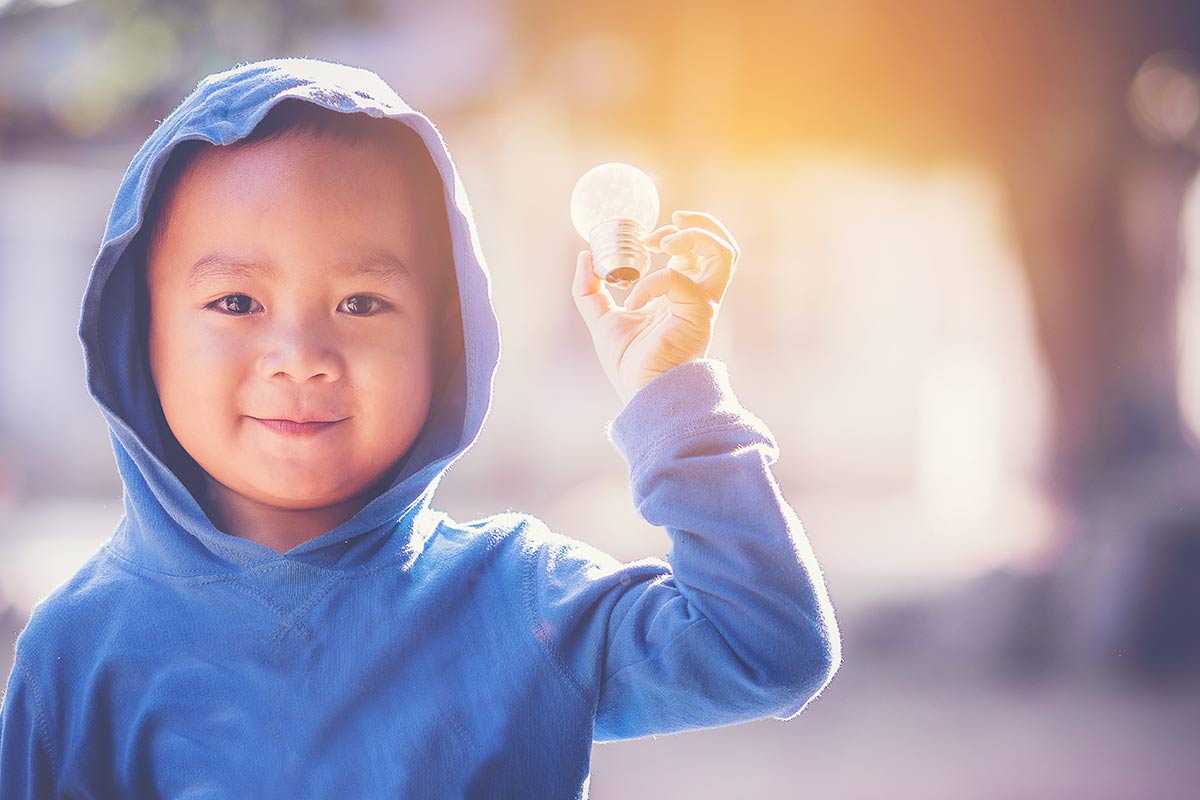 From lightning to light bulbs, the power of electricity can be seen all around us.

But understanding where it comes from, where it goes and how it gets there may require some research if you're teaching primary school kids and want to avoid a... shock (sorry). Below, we've rounded up what children will be taught about electricity in KS2 science.

What Are Children Taught About Electricity In KS2?

How Do You Explain Electricity To A 6 Year Old?

This might seem like a daunting task but it's really quite simple. At a basic level, electricity is a type of energy, which allows us to power things. It can be useful to first explain that electricity allows us to produce light, heat, movement and sound – just look at a lampshade, toaster, washing machine or radio for proof. Ask children to name as many things as they can that run on electricity.

To get technical, electricity is the presence or flow of positively or negatively charged particles, but children don't need to know this definition until KS3 science.

Where Does Electricity Come From?

Electricity can be produced by generators, which themselves need to be powered by another type of energy such as oil, gas, wind or solar (again, exactly how this process takes place won't be covered until later science lessons in school).

What Does Power Actually Mean?

As well as being a general term for giving something else energy, power is a measure of how quickly electrical energy is changed into another type of electrical energy. If you add more power, you can create more light, heat, movement or sound. For example, an energy-saving light bulb is dimmer because it is supplied with less electrical energy, and therefore has less power.

How Does Electricity Get Into Our Homes?

Electricity travels from generators to homes, schools and offices around the world through wires and cables, and can also be stored in batteries. Next time you see one, point out an overhead power line and explain that it transports electricity. Easier still, if you look around the room you're in at the moment you're sure to spot a few cables powering everyday items.

The way in which wires and cables carry electricity inside them brings us on to...

Electrical conductors allow electricity to pass through them. Children will already be learning about types of materials at KS2, so they will likely have a basic understanding that some metals, such as iron and copper, are good conductors of electricity and heat. You might want to point out that water and human beings can also act as electrical conductors - it's never too early to learn why you shouldn't bring your electronics near the bath!

Electrical insulators do not allow electricity to pass through them. Common examples are plastic, glass, wood and rubber.

A plug is the perfect example of how conductors and insulators are combined for everyday use. The insulating plastic case allows us to pull them in and out of sockets without getting a shock, while the conducting brass prongs allow electricity to connect items to the wires which lead to generators.

Understanding that some materials allow electricity to flow through them while others don't goes hand-in-hand with...

Learning about circuits brings together children's understanding of power, electricity flow, materials and batteries (plus, they're good fun to make). The basic principle kids should learn is that a complete circuit allows electricity to flow through it without interruption.

But firstly, a note on batteries. We've already mentioned that they can store electricity. It can now be explained that under certain conditions, they can provide a push, or a voltage, of electrical energy.

Kids can then be told, or shown, how circuits provide the conditions for batteries to be used as a power source.

If a circuit is being created, a battery has wires connected to its positive and negative ends. Electricity-powered components such as buzzers and bulbs are then added into the circuit, again with wires connected to either end. When the circuit has no breaks, electricity flows through it - known as an electrical current - and powers the buzzers and bulbs, causing them to beep or turn bright. The circuit is complete.

Children can then add switches to the circuit in order to create a circuit break. When the switch is in the off position, the buzzers and bulbs turn off. When the switch turns on, the buzzers and bulbs follow suit. It's all demonstrating how electricity needs to have that uninterrupted flow through conducting materials in order to act as a power source.

You can also show power in action by adding extra batteries to the circuit, which will increase the power and cause the buzzer to be louder or the bulb to shine brighter. It's important that children learn to link the cause (more batteries or a battery with a higher voltage), with the effect (a brighter light or louder buzzer) in a complete circuit.

If you don't have a safe, controlled environment or the materials with which to create a circuit, there are plenty of online videos to use as a resource.

Circuits can be described on paper through circuit diagrams. There are special symbols to represent a battery, wire, bulb, buzzer, motor and switches, in both on and off positions. They are drawn in a square to again show how each component is connected without interruption.

Why not get whoever you're teaching to create a diagram based on a circuit they've created, or circuits you've shown them on a video? Make sure they get all the components in the right order, and that there are no breaks.

Electricity was discovered and then manipulated by mankind rather than invented, and many people have played a role in that over the years. US Founding Father Benjamin Franklin is credited with using a key and a kite in a storm in 1752 to show that lightning and small electric sparks were the same thing. Scientist Michael Faraday invented what was likely the first electric generator, while American Thomas Edison and British scientist Joseph Swan independently produced the first long-lasting, incandescent filament light bulbs.

Check whether your child can give you a basic definition of the following terms after studying KS2 electricity.

Electricity: A type of energy that can produce light, heat, movement and sound.

Conductor: Things that allow electricity to pass through them.

Insulator: Things that do not allow electricity to pass through them.

Circuits: A group of electrical components, which must include a battery and wires.

Complete Circuit: A circuit through which electricity is running without a break.

Electricity Symbols: Symbols showing the battery, bulb, switches, wires and other parts of a circuit.