Earth And Space (KS2) Everything You Need To Know 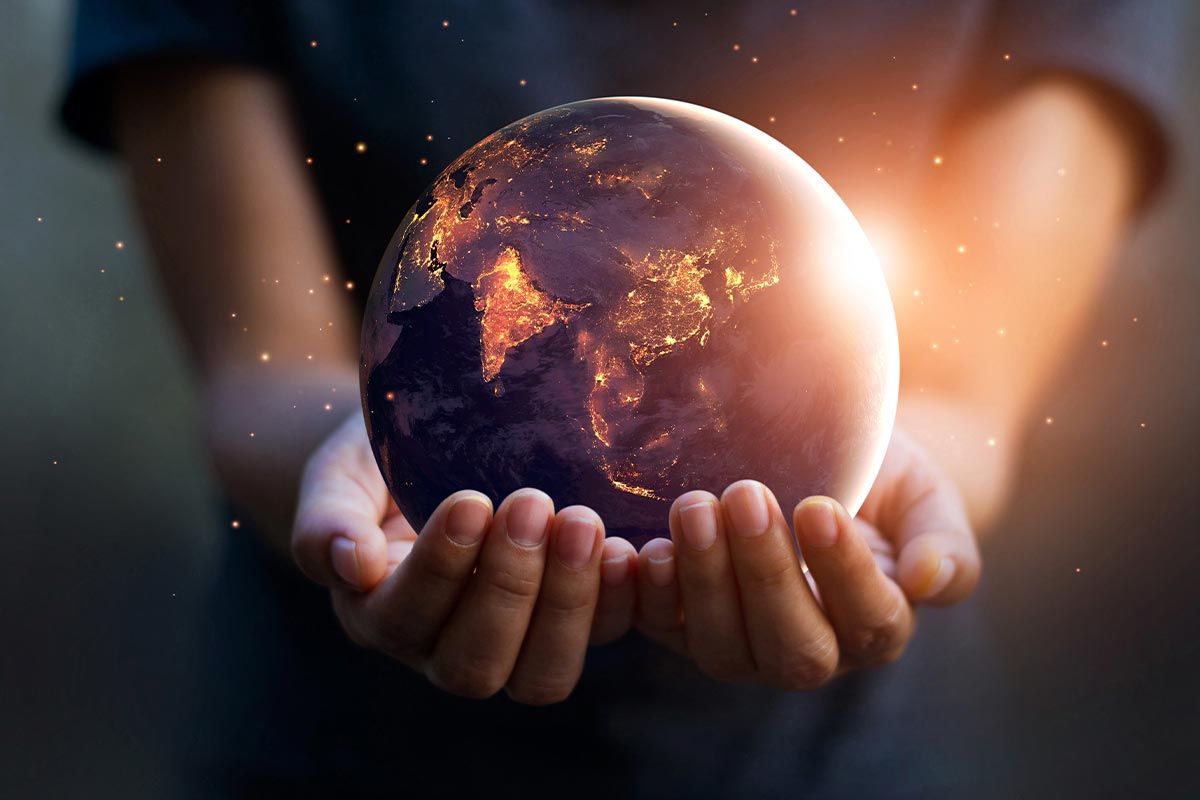 The solar system is one of the most exciting topics for a young person to learn about.

But if your knowledge is stuck in the days when you'd use "My Very Easy Method" to "Speed Up Naming Planets", you might need a refresh, especially since poor Pluto is no longer an official planet. This free resource aims to help parents teach kids about earth and space for Key Stage 2 (KS2), and perhaps teach the adults a few science facts as well.

When Do Children Learn About Earth And Space At KS2?

Learning about space properly begins in Upper KS2 when children are in Year 5. By the end of KS2 in Year 6, children should be able to:

Describe the movement of the Earth and other planets around the Sun.

Describe the main features of the solar system, particularly the Sun, Earth and Moon.

Describe how the Earth's rotation creates our concepts of day and night, and why the Sun looks like it is moving across the sky when it's not.

Welcome to planet Earth. It's 4.5 billion years old, and spherical in shape. A football or any round object is a great way to demonstrate this shape.

While it feels like we're standing still, the Earth is actually spinning around a central axis (an imaginary line running through its middle from top to bottom), and it's moving at 1,000 miles per hour. It's easy to demonstrate with a pen rotating on its tip, an apple rotating on a tilted axis, or, if you're feeling energetic, by spinning around on your feet.

A day on Earth is 24 hours long because that's how long it takes for it to make one complete rotation.

Like the Earth, the Sun is spherical in shape, but in almost every other way it's different.

Firstly, the Sun is a lot bigger. So much so that the Earth could fit inside the Sun 1.3 million times.

Secondly, the Sun is a lot hotter. You probably feel like it's a warm day when the temperature gets above 21°C. On the Sun it's 5,505°C.

Thirdly, nothing lives on it. Earth is currently the only planet where we have found life as we know it.

However, it's the light and heat coming from the Sun which make life on Earth possible. It's so strong that it warms up the Earth, even from 92,955,807 miles away.

Finally, the Sun isn't a planet like the Earth. It's a star, like the ones you can see in the sky at night, except it's much bigger and brighter.

An orbit is defined as the path an object takes through space when it goes around a star, a planet, or a moon.

At the same time as the Earth is spinning on its axis, it is hurtling through space on an orbit around the Sun. This is caused by the gravitational pull of the Sun. It takes one year, or 365 days, for Earth to make a complete orbit.

Really, the best way to demonstrate this is to fetch that ball again and show how an object can rotate and orbit at the same time. If you have both, a tennis ball orbiting a football really completes the picture. If you have neither, it's time to get up and begin your starring role as 'the Sun' opposite your child's 'Earth'.

Lots of planets have moons. Earth only has one, and it's creatively called "The Moon".

The Moon is a large, round rock that's around one quarter of the size of Earth. Just like Earth orbits the Sun, the Moon orbits Earth due to its stronger gravity. And like Earth, it rotates on its own axis while it does so.

It's time to grab a golf ball or a third actor to demonstrate this to your kids.

Once you understand the orbital relationships between the Earth, Sun and Moon, you can begin to understand why we have days and nights, as well as summers and winters.

Remember, the Sun provides the light and heat we feel on Earth. So when it's daytime in part of the Earth, it's because that part of the planet is facing towards the Sun as it rotates on its axis. On the side that is facing away, it's night.

It's important to stress that the sun stays still while the Earth is doing all this moving. So while it looks as though the sun moves across the sky each day, that's actually Earth moving. Think of it like being on a train or bus. When you're inside, it feels as though the world is whipping past you while you sit still. Really, you're the one moving while it stays still.

The full list of planets in the solar system is Mercury, Venus, Earth, Mars, Jupiter, Saturn, Uranus and Neptune. If you need a new mnemonic to remember them, try "My Very Evil Monster Just Scared Us Nuts".

They all have very different sizes, temperatures and colours.

Mercury, Venus, Earth and Mars are known as the rocky planets because they are made of rocks and metals and have a solid surface.

The Sun is at the centre of the solar system. Mercury, Venus, Mars, Jupiter, Saturn, Uranus and Neptune all orbit it just like Earth does, but along their own paths and at their own speeds.

Getting a child to copy a diagram of all the planets and their orbits on an A3 sheet, trying to account for their size differences, is a challenging but rewarding space project.

Note how the time it takes for a planet to make a full rotation on its axis varies from the time it takes to fully orbit the Sun. A 'day' (a rotation) takes 10 hours on Jupiter, but a 'year' (an orbit) takes 12 years.

Solar System: The sun, the eight planets and their moons, plus asteroids, meteoroids and comets all make up the solar system.

Orbit: The path an object takes in space when it goes around a star, a planet, or a moon.

Axis: The 'line' through the centre of the Earth around which it rotates.

Gas Planets: Jupiter, Saturn, Uranus and Neptune, so-called because they are made of gas and don't have solid surfaces.