67 Disney Jokes That Will Keep The Whole Family Laughing 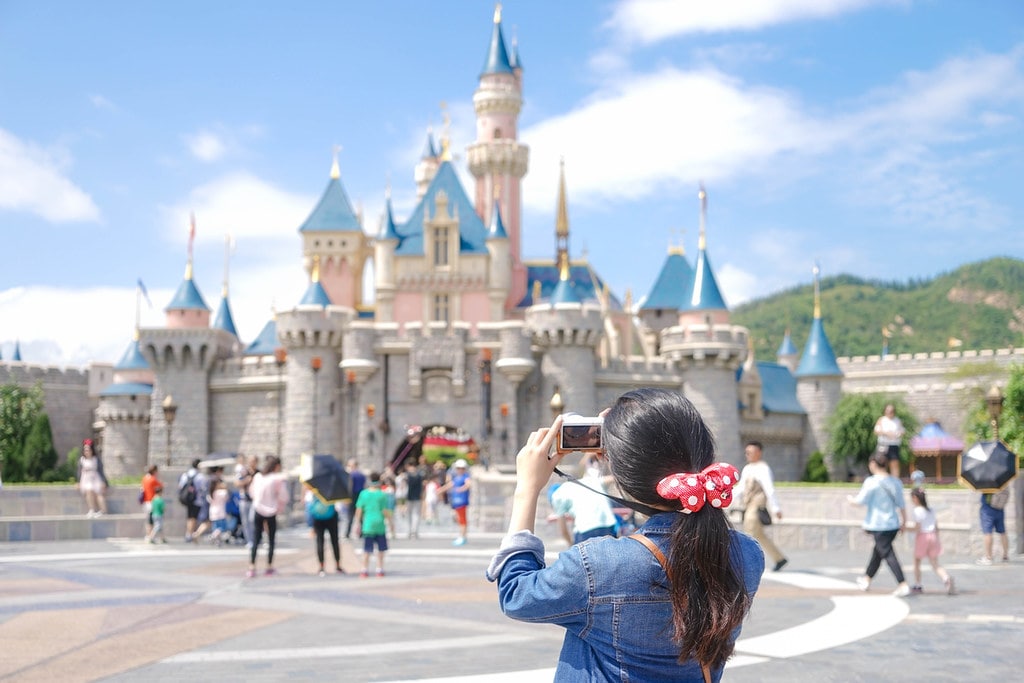 Are you ready to 'Let It Go' (with laughter)?

Then have we got the list for you, with 67 of the funniest Disney jokes around. Be warned: Tarzan jokes promise to tickle your family, and Cinderella hilarity will have you all howling.

If that's not enough Disney for you, why not check out our guide to the top Disney films for your family to enjoy?

Disney Princesses are for everyone, and so are Princess jokes. Who doesn't love Cinderella with her mice, Snow White and her seven dwarfs, Pocahontas and Meeko the greedy racoon - we could go on. After all, you don't have to be royalty to enjoy a Disney Princess joke, and we've summarised the peppiest princess puns and jolliest jokes here.

1. Why is Cinderella so terrible at netball?

She always runs away from the ball.

Snow White: she’s the fairest of them all!

3. Why should you never give Elsa a balloon?

4. Why is Gaston the cleverest Disney villain?

He won the No-Belle Prize.

5. What did Snow White say when her photos weren’t ready yet?

Someday my prints will come!

7. Why would Snow White make a good judge?

She’s the fairest one of all.

8. Why was the wrong Disney Princess arrested?

The police thought she was someone Elsa...

9. Which Disney Princess is a cow’s favourite?

10. Why is Cinderella bad at hockey?

Because her coach is a pumpkin.

11. Why does Alice ask so many questions?

12. Who does Ariel call when one of her friends is missing?

The Lost and Flounder line.

13. When Rapunzel emerges from the dark, what does she say?

And at last I see the light!

14. Where can Ariel and all of her fishy friends be found?

15. What kind of blush does Mulan wear?

16. What does Ariel like to eat on her toast?

17. Why did Dopey take some colouring pens to the sitting room with him?

Snow White told him to draw the curtains!

18. Disney are planning to release a version of Tangled that has an alternative ending where Rapunzel's hair isn't chopped off. It's going to be called 'The Uncut Edition'.

19. Why would you not want to be one of Snow White's dwarfs?

20. Why did Sleepy go to bed with firewood?

Mickey Mouse jokes are classic family fun - he and his gang of goofy pals get up to the most adventurous antics, and are the original Disney characters. Read on for marvellous Mickey Mouse-inspired Disney jokes for kids.

21. Why did Daisy Duck stare at the juice carton so hard?

Because the packaging said 'concentrate'.

22. Why did Mickey Mouse travel to outer space?

23. What does Daisy Duck say when she purchases lipgloss?

Put it on my bill!

24.  How did Mickey feel the first time she saw Minnie Mouse?

It was (g)love at first sight!

25. Why did Goofy wear two pairs of pants when he played golf?

He thought he'd get a hole in one!

26. Why did Mickey Mouse get hit with a snowball?

27. How did Minnie Mouse save Mickey Mouse from drowning?

28. What is Mickey Mouse’s favourite sport?

29. What does Mickey Mouse say to Minnie Mouse when he's listening?

30. If Donald throws a ball at you, what should you do?

31. When I went to the doctor, I said, "Doctor, every time I stand up quickly, I see Mickey Mouse, Donald Duck and Goofy.”

He replied, “How long have you been getting these Disney spells?”

32. When does Donald Duck wake up?

At the quack of dawn.

33. When Minnie is angry with him, how does Mickey feel?

34. Who does Mickey say is his favourite pop star?

36. What car does Mickey's partner drive?

Who doesn't have a soft spot for the idea of soaring through the air with Peter Pan and his favourite fairy? These jokes will have your family flying up & away in hysterics.

37. Why is Peter Pan always flying?

38. Where did Captain Hook go for a hook replacement?

39. What did Captain Hook’s accomplice say to Adele?

40. Why are there no planes where Peter lives?

Because it's “Never Neverland.”

41. What kind of fairy doesn't like to take a bath?

42. What Disney character would you ask to fix something?

Another classic Disney family favourite, the Toy Story series offers a whole heap of hilarious Disney jokes to get you and your kids chuckling.

44. Which chocolate bars does Buzz Lightyear like the most?

45. What did Woody say to the pencil?

46. What kind of thing does Buzz Lightyear read?

48. Why was Bullseye given cough syrup by Woody?

49. Which Disney character is able to count the highest?

Buzz Lightyear – he can count to infinity and beyond.

50. Why does Jessie say she's undefeated at darts?

Because she always gets Bullseye!

51. When Woody walks into a German car dealership, what does he say?

Look out for family favourites - Tarzan and Simba feature here, as well as the classic characters of Winnie the Pooh and the pups from 101 Dalmatians (be sure to 'spot' their joke in the list).

52. What Christmas Carol is Tarzan's favourite?

53. Why did the pride go to Simba’s naming ceremony?

It was the mane event.

That hit the spot.

55. What do you say to Simba when he’s moving too slowly?

56. From where does Tarzan get most of his clothes?

57. What does Winnie the Pooh call his girlfriend?

58. What drink is the Cheshire Cat's favourite?

59. What happens when Olaf throws a temper tantrum?

He has a meltdown.

60. How come Quasimodo is so good at solving crimes?

He always has a hunch...

The force is definitely strong with these: ready your lightsabers, as you and your kids can have a battle over whose jokes are most likely to knock you into another galaxy with their hilarity.

At a Darth Mall.

Everyone kept pushing his buttons.

63. When Chewbacca gets chocolate in his fur, what is he called?

64. If Ewoks are apart, how do they speak to each other?

65. Who serves the food at restaurants on the Death Star?

66. Which Star Wars character is the most globally travelled?

67. Why is Yoda such a fantastic gardener?

He has green fingers!

If these cracking Disney jokes have your family all excited for some Disney fun, why not also turn to our advice on having a virtual holiday to Disney World? Staging a staycation has never been so hip, after all, so line up your favourite Disney films, pull out the craft material, and ready your family for some safe Disney magic. All that's required is faith, trust, and a little pixie dust.