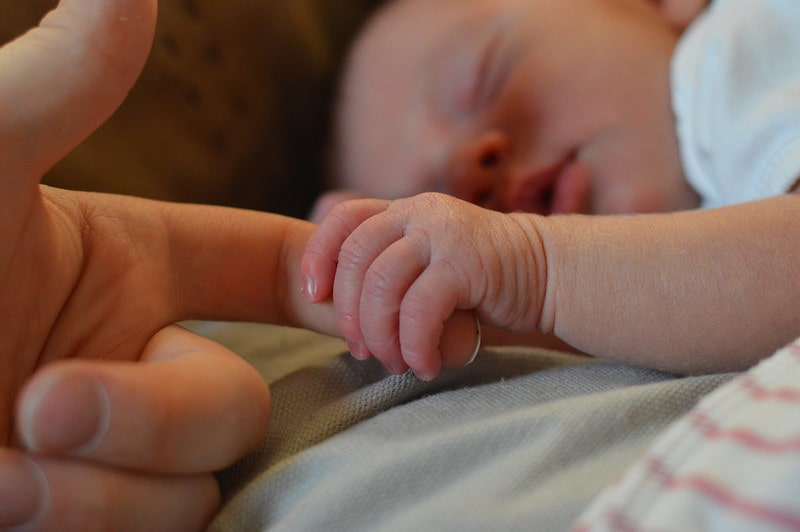 Are you trawling the internet for the perfect name for your baby girl?

There are thousands of great names for baby girls, however winding the search down can seem a huge endeavour, many parents state it can be a seriously overwhelming task. So, we have compiled the ultimate list of delightful baby girl names that start with the letter D, right here in one place.

For thousands of years the Bible has long been a popular source for baby names, but there’s no need to search through thousands of pages, as we have compiled girl names that start with a D here.

1)Damaris, (Greek origin) meaning “a little woman”. In the Bible, Damaris was one of the women who heard the apostle Paul speak in Athens and then converted to Christianity.

2)Daniella, (Hebrew origin) meaning “God is my judge”. Feminine form of Daniel, who was a prophet and wrote the Book of Daniel.

3)Delilah, (Hebrew origin) meaning “amorous temptress”. The mistress of Samsun, who famously cut his hair leading to his loss of strength and power.

4)Dorcas, (Greek origin) meaning “a female roe-deer” She was a disciple from Joppa who devoted her life to charity and was miraculously raised from the dead.

5)Deborah, (Hebrew origin) meaning “bee”. She was the leader of the Israelites, a renowned heroine and prophetess in the Book of Judges.

6)Dinah, (Hebrew origin) meaning “judgment". Dinah was the only daughter of Jacob and Leah, from the book of Genesis.

7)Drusilla, (Latin origin) meaning “dewey eyed or fruitful”. She was the daughter of Herod Agrippa who died in the famous Mount Vesuvius volcanic eruption in 79AD.

8)Dura, (Hebrew origin) meaning “generation, habitation”. It’s the name of an area of land which King Nebuchadnezzar, of Babylon, set up the great golden image.

Girl Names Starting With D, From Around The World

Let’s take a look at popular names from around the world beginning with D.

26)Dynja, (Old Norse origin) meaning “noise, the clattering of hooves”. This name is on the approved baby names list within Iceland.

If you are striving for a name that says classic and timeless, these traditional girl names that start with D should fulfil your search. For the last few years, “old” names have rapidly become the “new”.

33)Denise, (French origin) one of the female variants of Dennis meaning “devoted to Dionysos”.

35)Delia, (Greek origin) meaning “person from the island of Delos”, the Greek island where Apollo and Artemis are said to have been born.

Celebrities often inspire baby names culture, with their creative use of quirky girls names. Whether that’s in combination with another name, or something completely original, here are names that start with a D for girls.

36)Della Rose, Della is of Old English origin, meaning “noble and rose blooming at sunrise”. This baby girl name was chosen by Greenday frontman, Billy Joel for his daughter.

37)Dixie Pearl, Dixie is of French and English origin meaning “tenth, I have spoken”. This baby name was chosen by Kings of Leon singer Caleb Followill and his Victoria’s Secret model wife, Lily Aldridge.

38)Doone Isla, Doone is of Scottish origin meaning “hill, fortification”. This is the baby name of renowned athlete and model Amanda Beard.

Popular culture inspires our lifestyles in many ways, from baby names we love to those we want to avoid, here are some baby girl names starting with D.

40)Dakota, (Native American). This is the name of 50 Shades of Grey actress Dakota Johnson.

41)Darla, (English origin). This is the name of the popular American child actress, Darla Hood.

44)Doja, (Australian origin). This is the stage name of American rapper, Doja Cat.

45)Donna, (English origin) translation of the Italian word for woman. Made famous by the singer Donna Summer, this baby girl name was particularly popular in the 80's.

46)Demi, (Latin origin). One of our favourite baby girl names that start with D, this name was made famous by both the actress Demi Moore and the chart-topping singer, Demi Lovato.

49)Daryl, (Old English and French). This baby name was made famous by American actress Daryl Hannah.

50)Delta, (Greek origin). This name was made famous by Australian singer, Delta Goodrem and is now a popular baby girls' name.

51)Dido, (Greek origin). This baby name was made famous by the singer-songwriter, Dido whose real name is Florian Cloud de Bounevialle O’Malley Armstrong.

Baby Girl Names That Start With D From Nature

Whether you love the great outdoors or not, there’s just something so pretty about girls’ names inspired by nature, from those meaning laurel tree, to mythical flowers. Here are some girls' names beginning with D.

53)Dahlia, (Swedish origin). This flower is named after Swedish botanist Anders Dahl and is now a popular baby girl name.

57)Dianella, (Australian origin). This is the name of a commonly found flower in Australia and now a popular baby name.

58)Diantha, (Greek origin). This is the name of a mythical flower belonging to the God Zeus.

Whether you have Irish roots, or just love the culture, Gaelic baby girls’ names starting with D are becoming more and more popular outside of the Emerald Isle.

59)Damhnait, meaning “befitted”, also the name of a Saint.

60)Dana, meaning “bold”, also the name of a Pagan goddess.

61)Darerca, this is the name of a popular Irish saint believed to be related to St Patrick.

Modern Baby Names That Start With D For Girls

If you are looking to start a trend, or something a little out of the box, these baby girl names that start with D are brand new creations or variations of old classics.

69)Daleyza, this baby girl name was created by the Mexican American singer Larry Hernandez and saw a subsequent baby name boom in the states.

71)Danna, this baby name is a variant of popular name Danielle.

72)Darby, although originally an Irish surname, this baby name is becoming popular as a first name for a girl.

73)Dasha, this baby name is the feminine form of Darius, stemming from Latin roots.

74)Dashielle, this baby name means “page boy” and is of French origin, it’s also evolved from a French surname.

From books, and plays, to our favourite films, here’s our round-up of delightful baby girl names starting with D, from the world of fiction.

77)Daenerys, a character in George R. R. Martin’s A Song of Ice and Fire as well as the popular TV series, Game of Thrones.

78)Duchess, a female character in Disney’s animated film, The Aristocats.

79)Desdemona, a character in Shakespeare’s Othello.

80)Denver, a character name in the book “Beloved”, by Toni Morrison.

With such an assortment of 80 baby girl names that start with D for your new baby girl, we hope you have found a lovely baby name that’s caught your eye, and your heart as you start your journey together.