Can Your Kids Spot These 8 Curious Buildings From The London Eye? 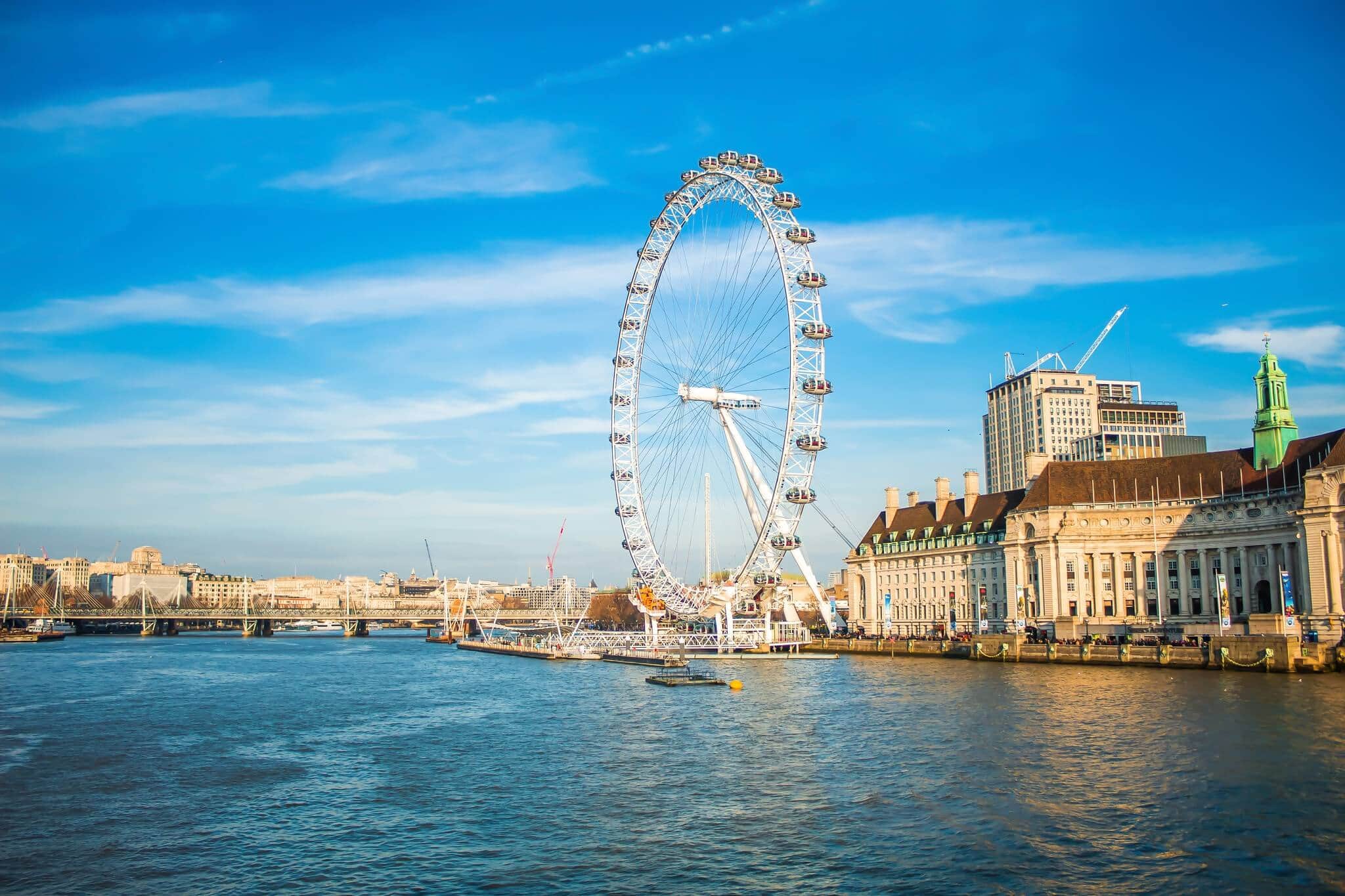 River Thames? Check. Dome of St Paul’s? Check. Big Ben? Check (well, kind of ‘check’... it’s still covered in scaffolding). The famous sights of London are easy to spot from the top of the London Eye -- that great observation wheel on the capital’s South Bank. But how many of the following lesser-known landmarks can your children spy?

So that’ll be Big Ben, right? Wrong. (And not just because Big Ben is the name of the hour bell, and not the clock). While the Westminster clock is indeed a whopper, it’s not quite the biggest. Look downriver aways, towards Charing Cross station and the Golden Jubilee Bridges (the bridge with the sticky-up white supports). You’ll see a nearby white building with a giant clock face on top. This is Shell-Mex house, former home of the petroleum company. Its giant clock was dubbed ‘Big Benzene’, a pun on one of the chemicals found in petrol. If you saw the recent BBC adaptation of His Dark Materials, you may recognise the building as the apartment block home of Mrs Coulter.

Now look a little deeper into London. About half a mile back from Big Benzene, you should easily spot a group of vibrantly coloured buildings (yellow, green and orange). This is a recent development by Renzo Piano, most famous for designing the Shard. But ignore that and look just to its right. You should see an undulating wave of glass, unlike anything else in the area. At its centre, like a steampunk submarine emerging from the depths, is a dome. This is the roof of the British Museum in Bloomsbury. The wavy glass section was added at the turn of the century by Norman Foster (whose firm also gave us the Gherkin and the new Wembley, among many other buildings).

Have you ever noticed the OXO building? Built in the late 1920s, it carries the letters O-X-O on its art deco tower. The building was once home to the Oxo company (still famous for its stocks and gravy). The company wanted to erect a large advertisement on the side of its new headquarters. But advertising in the area was banned, and permission was refused. The solution? Oxo instead had its name built into the architectural fabric of the tower. Once among the tallest buildings on the South Bank, the OXO Tower is today a minnow among skyscrapers. You should be able to see it peeping out in the direction of St Paul’s (though on the near-side of the river).

Long, long before the days of CBeebies and CBBC, all broadcasting was done from a hill in north London. Alexandra Palace was home to the BBC’s first regular service (the first in the world), when it began transmitting in 1936. Kids everywhere would tune in to Andy Pandy, Bill and Ben the Flowerpot Men, the Woodentops, and Muffin the Mule (ask your grandparents), broadcast from the mast at Alexandra Palace. The building is a few miles away, but is by far the largest in its part of town. It should be an easy spot from the Eye -- look due north beyond the British Museum and you should see it on a distant hill.

4 Famous Buildings By One Architect

And finally, let’s take a moment to consider the incredible contribution to London of Giles Gilbert Scott (1880-1960). The famous architect designed at least four structures visible from the London Eye. To the east, you should be able to make out the familiar chimney stack of Tate Modern. This was formerly the Bankside Power Station, completed in 1952. Gilbert Scott also designed the equally famous Battersea Power Station -- currently under conversion to apartments -- over to the west (look for the four identical chimneys).

Now gaze down at the Thames. The nearby Waterloo Bridge, made from white stone and concrete, was also the work of Mr GGS. It was constructed during the Second World War by a largely female workforce, so is sometimes known as the Lady’s Bridge. Finally, take a look at the Houses of Parliament. These were completed a couple of decades before Gilbert Scott was born. However, he oversaw the reconstruction of the House of Commons chamber, following its destruction in the Second World War.

Bonus points if you can spot a red phone box (also designed by our man), or St Pancras Station (the work of his grandfather George Gilbert Scott).

Inspired to take a ride on the London Eye? Get your tickets here.