21 Costa Rica Facts For Kids That You Won't Already Know! 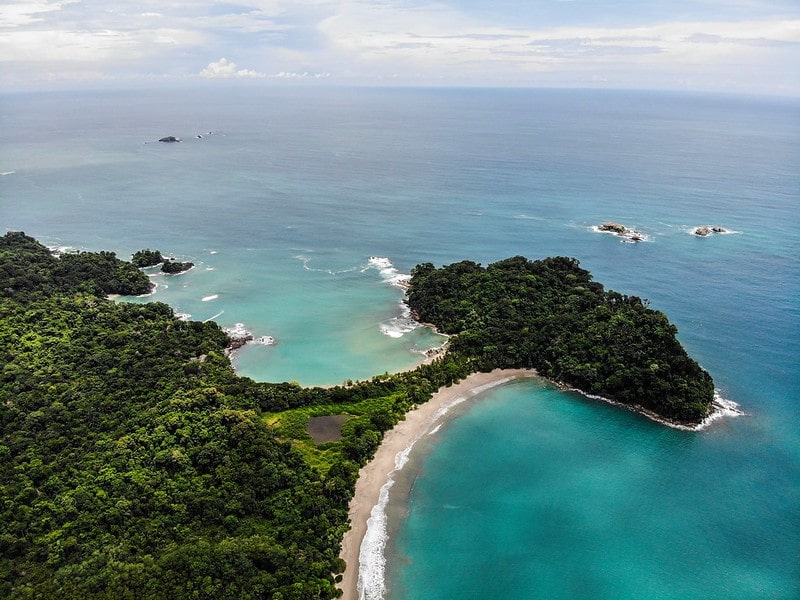 Whether you're looking for the ultimate holiday spot, want to boost the kids' geography knowledge, or simply learn more about the country, there are plenty of fun facts about Costa Rica for children to learn and share.

Fascinate the kids with these 21 exciting and interesting facts below, and share with your family and friends!

These facts about Costa Rica for kids are a great way to inform their geography knowledge, learn about National Parks and perhaps even inspire an interest in Spanish!

1. Costa Rica is a country located in Central America, bordered by the Pacific Ocean on the West, the Caribbean sea to the East, Panama on the South, and Nicaragua on the North.

2. The capital city of Costa Rica is San José.

3. With a 10-11 hour flight from the UK all the way to Costa Rica, and 5,282 miles of distance to travel, it's by no means a short journey to make, but it's definitely one that's well worth it!

4. The official and prominent language in Costa Rica is Spanish, and the country is inhabited by almost 5 million people. Much of the Costa Rican population also speak English as a second language, since so many tourists visit each year.

5. In terms of money, you'll need to exchange your pounds for some colourful Costa Rican Colon, named after Christopher Columbus. Alternatively, most shops and restaurants actually price their items in American Dollars too and this currency is widely accepted.

6. If you're thinking of making a trip to Central America, you may be pleased to find out Costa Rica is classed as one of the happiest countries in the world! There are plenty of friendly people to meet, strong social relationships within the community, and a clean environment.

What Is Costa Rica Known For?

7. Costa Rica is a country well-known for the adventures that it offers. There are so many fun things to see and do! From zip-lining to scuba diving, kayaking, white water rafting, and exploring the rainforests and jungles - if you're looking for an action-packed trip then this is the spot for you. (Not to mention, the coffee and cacao beans are of the highest quality!)

8. There are many different species of animal and wildlife to check out. Interestingly, although Costa Rica only takes up 0.03% of the world's surface, it has a massive 5% of the planet's biodiversity including 208 species of mammals, 220 species of reptiles, 9,000 species of plant, 34,000 species of insect, and much more.

9. Costa Rica has an enormous 28 National Parks that take up 25% of the nation. This guarded land is full of wonderful animals and plants that are protected by the government for visitors to enjoy. Among these are the ever famous sloths, monkeys, bats, and exotic birds!

10. Costa Rica's climate is tropical throughout the entire year, and Costa Ricans can expect hot weather most days, especially along the coast. The weather can get milder inland though, especially within the rainforests.

What Can I Eat In Costa Rica?

11. Feeling hungry? A few national favourites for the people of Costa Rica are Gallo Pinto (fried rice and beans, a popular breakfast), Casado (salad, meat, rice, and beans - a great lunch!), and Olla de Carne (soup with veggies and meat, perfect for dinner).

12. Popular desserts in Costa Rice include Tres Leches (a moist sponge cake soaked in different types of milk), along with a variety of flans and rice pudding.

13. Got any banana lovers in the family? The monkeys that inhabit the country may also be pleased to know that Costa Rica is the second-largest exporter of bananas in the whole world.

15. Costa Rica also has over 200 volcanic formations,  six of which are actually active volcanoes. The volcano Arenal is the country's most active and is in the top 10 most active in the world!

16. Unlike the UK which varies a lot throughout the seasons, the sun tends to set and rise at the same time every single day in Costa Rica due to its proximity to the equator, providing the nation with plenty of lovely sunlight.

17. The country also generates 99% of its electricity and energy with renewable energy sources, much of which coming from the masses of flowing water that they have on hand.

19. Costa Rica actually has its own slogan "Pura Vida", which literally translated means "Pure Life", and can often be heard being said between locals. It's a positive saying, which once again reinforces the idea of happiness within the nation!

20. The flag of Costa Rica is also pretty special. Made up of blue (standing for perseverance, and idealism), white (for peace, wisdom and happiness), and red (for the warmth of the people, along with blood spilt by martyrs in the name of Costa Rica) stripes, it is finished off with the Costa Rican coat of arms.

21. While it may have masses of wildlife, rainforest, and coastline, Costa Rica is actually a pretty small compared to other nations. In fact, it's smaller than that US state of West Virginia and is the third smallest nation in Central America!

Perfect Your Putt At These London Mini-Golf And Adventure Golf Courses
How To Spot England’s Wild Parakeets
Shakespeare For Kids… Via Zoom
65 Best Restaurant Jokes For Kids To Keep Them Entertained
Top 70 Hilarious Moose Puns And Jokes For Kids
Can Your Kids Spot These 8 Curious Buildings From The London Eye?
Similes (KS2) Explained For Parents
46 Of The Best Bat Puns And Jokes For Your Kids
Explore Kidadl