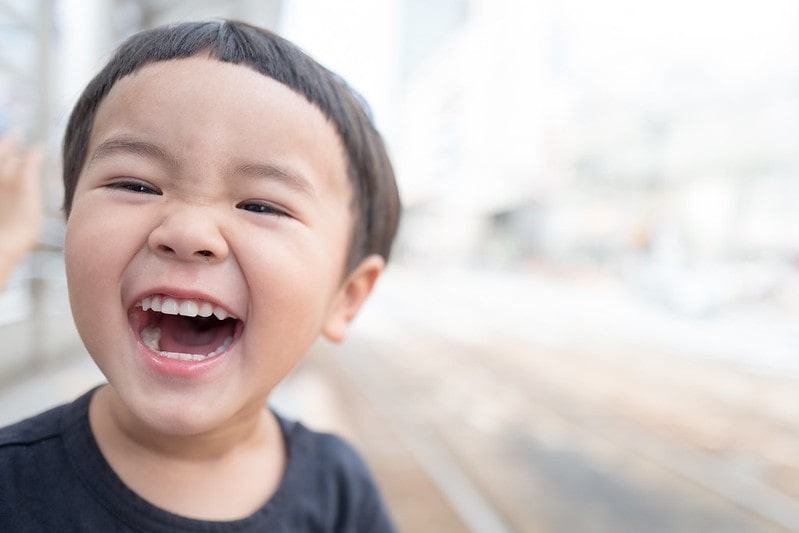 We all hate to admit it but the corniest jokes are always the funniest. They are just so bad, they're actually funny!

A corny joke is something that has been said many, many times, a joke that everybody probably already knows. They will have you cringe and smirk when you hear them, but they will always make you giggle. That's exactly why corny jokes stick around! So, Kidadl have found some of the best jokes (the really corny ones!) that will be sure to have you chuckling. Our super funny, cheesy jokes will have you smiling from ear-to-ear and melting in the middle.... they are just too cheesy and just too corny not to.

These jokes are out of this world.... Oh wait, they're actually just some funny corny jokes.

1) Which kind of music do the planets love? Nep-tunes.

2) What is an astronaut's favourite chocolate bar? A Mars bar!

3) Which stars have to wear sunglasses? Only the movie stars.

4) What do astronauts eat their lunch on? Flying saucers.

5) What is a planet's favourite book? A comet book!

6) What do aliens like to roast on the fire? A martian-mallow.

7) Did you hear the space jokes? They are out of this world!

There is no holding back with these 'un-bear-lievably' corny jokes.... but who doesn't love a cheesy joke or two?

8) What do you call a pig that does karate? A pork chop.

9) What would you call a fish with no eyes? A fsh.

10) What do fishermen eat for tea? Fish and ships!

11) What do you call a bear who lost all of his teeth? A gummy bear!

12) Why does a golfer always need two pairs of trousers? Because he got a hole in one.

13) Why are elephants so wrinkly? Because they can't be ironed!

15) How can you stop a bull from charging? Take away its credit cards.

16) What do cats always eat for breakfast? Mice crispies!

17) How does a lion like his steak cooked? ROAR!

18) Which animal has 8 legs and can tell you the time? A clock-topus.

21) Why would the prawn not share his food? He was too shellfish!

22) What would you call a snake wearing a helmet? A boa constructor.

23) What did the duck say when he ordered a drink? Put that on my bill!

24) What is the only way to get a mouse to smile? You have to say cheese!

25) Which animal do you need to play cricket? A bat.

You are going to go bananas for these crazy, corny crackers!

27) Why did the banana have to go to the doctor? Because he wasn't peeling well!

28) Which day of the week does every egg hate? Fry-day.

29) Which vegetable does a sailor hate? A leek.

30) Why did the orange juice do badly at school? Because he couldn't concentrate.

31) How can you fix a broken pumpkin? You use a pumpkin patch!

Who knew there could be so many?

32) How did the hairdresser win the race? He knew a shortcut.

33) Why did the picture get put in prison? He was framed!

34) What do clouds wear underneath their clothes? Thunder-wear.

35) Why are pirates called pirates? Because they arrr!

36) Who is the King of the classroom? The ruler.

37) What do you get when you mix a snowman and a vampire? Frost-bite.

38) Why can't Elsa hold a balloon? Because she will let it go.

40) How would a farmer count his cows? With a cow-culator!

41) Why does your teddy bear never want a snack? Because he is always stuffed!

42) What did one toilet say to the other toilet? Are you okay? You look flushed!

43) What is the only tree that can fit in your hand? A palm tree!

44) What did the traffic light say to the car? Turn around, I am about to change!

45) What did one volcano say to the other volcano? I lava you!

Knock knock. Who's there?... you guessed it! It's some more really corny jokes to keep you laughing.

A cow says who?

Stopwatch you are doing, you need to pay attention!

Lettuce in, it is raining!

Says me, that's who!

A pun a day keeps the doctor away! Or is that an apple? Well, these jokes don't take long to say, but they'll keep the laughter going forever!

55) If you need to make music in your hair, I would call your headband.

56) Pirates are only good singers because they can hit high C's.

57) The sheep booked a holiday, obviously he was going to the Baaaaahamas!

58) I would play cards with a jungle cat but she's too much of a cheetah.

59) My dog is a magician, he's a labracabrador.

60) I have a horse that lives next door, he is my neigh-bour.

61) I gave the duck some fireworks... now she's a firequacker.

63) Cinderella isn't very good at football because she keeps running from the ball.

64) The cow got dressed up for her favourite holiday, it was Moo Years Eve!

65) Why did the boy throw his clock out of the window? Because he wanted time to fly.

You know you don't want to laugh, but you have to!

67) What is brown, hairy and wears a sunhat? A coconut on its holiday.

68) Where would you find a giraffe? The last place you left her!

69) If something is orange and like a parrot, what is it? A carrot.

70) Why did the cow have to cross the road? She needed to get to the udder side.

71) Why did the cow need to wear a bell? Because his horns don't work!

74) Why is Peter Pan always flying? Because he can Neverland.

75) What did one eye say to the other eye? Just between you and me, something smells.

76) Why did the pupil eat her homework? Her teacher had said it was a piece of cake.

77) You always know when the ocean can see its friends because it waves.

78) What is the only music rabbits will listen to? Hip-hop.

79) What did the snail say sat on the cheetah's back? Wheeee!

To get your mind whirling, time to test if anyone can guess these corny riddles.

80) What can you always catch, but can never throw? A cold!

81) What is the only thing that gets wetter the more it dries? A towel.

82) Why did Snap, Crackle and Pop get really worried? There was a cereal killer on the loose.

Kidadl absolutely love jokes.... do you agree with the ones we have picked?

83) How do you make a tissue dance? You put a little boogie in it.

84) Which instrument can you find in the bathroom? A tuba toothpaste.

85) What do you call an alligator wearing a vest? An in-vest-igator.

86) Why was the sand all wet? Because the sea weed.

88) Why can a fish only live in salt water? Because pepper makes them sneeze!

89) Why does the bicycle always get up late? He is two-tired.

90) What is the perfect fish to eat with ice cream? Jelly-fish.

91) On what day of the week are most twins born? Twos-day.

92) How does a dog stop the movie? With the paws button.

95) What is the only way to make an octopus laugh? With ten-tickles.

96) What do you call a dinosaur that can't see very well? A do-you-think-he-saur-us.

97) What is the only way to get an astronaut's baby to sleep? You have to rocket.

98) What time do ducks always wake up? The quack of dawn.

99) What is the only way to make friends with a squirrel? You've got to act nuts.

100) What did the strawberry say to the raspberry? I love you berry, berry much!

If these corny jokes have you giggling, stick with Kidadl- we have even more hilarious jokes perfect for you!