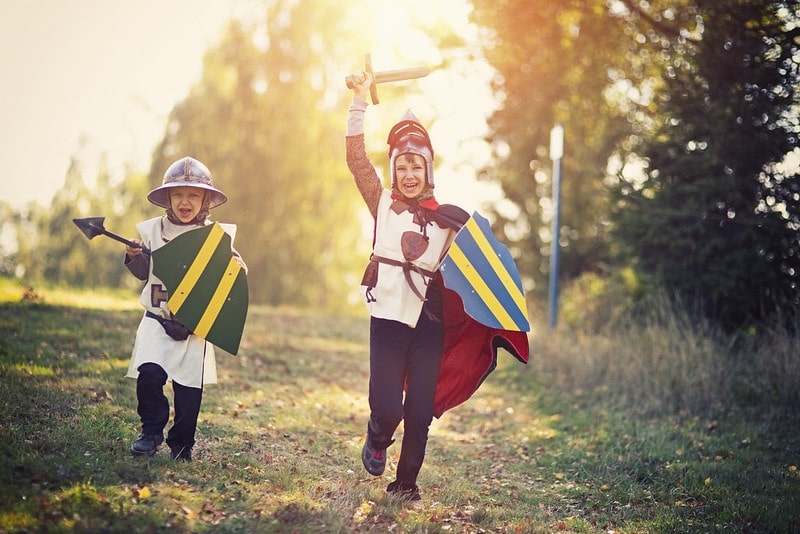 The Celts are included as part of the Key Stage 2 curriculum.

So, why not brush up on your knowledge of these ancient people and make homework and school projects on the subject a little easier? Children will cover a broad range of topics at school, looking at every aspect of this period in history, including the Celtic warriors and Celtic shields, as well as many other aspects of day-to-day life at this time.

Read on for an overview of the Celts and Celtic life, information kids are sure to use during their KS2 years.

Who Were The Celts?

The Celts lived in the Iron Age, from 750 BC until 12 BC, and they were mostly located in central and northern Europe. Made up of lots of different tribes, they were a powerful group of people who used iron to make weapons and tools.

The Iron Age ended with the Roman invasion of Europe, and although the Celts were known for their bravery, courage and skill in fighting, they were eventually defeated by the Romans (who were more organised and disciplined). The Celts were killed and their culture was destroyed across mainland Europe. But, the Romans did not defeat them quickly or easily in Britain, and so many Celts established themselves in the UK. This is why there are still strong Celtic connections across Ireland, Scotland and Wales.

The Celtic warrior, also called the Gauls, were feared around the world, as they had a reputation for fighting, warfare and their unpredictable nature. People of Celtic descent were tall (around 30 cm taller than the average Roman) and had strong, muscular physiques.

Men and women would fight in battle, and the Celtic women are described as being as large and threatening as the men. Often fighting naked, the Celtic warriors would use lime in their hair to make it stand on end, making it look white and spiky, and the British warriors would paint patterns on their bodies using a blue dye called 'woad'. The most important soldiers and warriors wore metal helmets, which often had added horns to look more threatening and powerful.

The Celts' preferred weapons were swords and spears, and they also made metal shields to protect themselves during battle. Iron Age shields were oval, rectangular or circular, and they were often over 1 meter tall and a couple of centimetres thick - unlike the Bronze Age shield, which was made entirely in bronze that was hammered to just a few millimetres thick.

An Iron Age shield was most often an oval of wood, such as oak, which was then covered in animal hide or leather. It would have a metal 'boss' on the front which was designed to protect the users hand. This would be hidden behind the boss, gripping the handle. Decorated with Celtic shield designs, the shields were beautiful objects that required craft and skill to make. Found in the River Thames, the Battersea shield is one of the most beautiful examples of Celtic shields. It is made of bronze and covered with pieces of coloured glass and enamel. This delicate, ancient shield is thought to have been made as an offering or decoration rather than used in battle by a warrior, and it is currently in the collection of the British Museum, with a replica in the Museum of London.

Design Your Own Celtic Shield

Why not design some of your own Celtic shields using the description above? Kids can search for more pictures in books or on the internet to see what Celtic shields looked like, and think about what patterns, animals and colours they might want on their battle shield. Once they have drawn their design, they could create their shield out of cardboard, then draw or paint designs on the front. (Top Tip: Try adding a strip of fabric, string or cardboard on the back for the 'handle').

Quiz the kids on their knowledge of Celtic shields and swords with these fun questions:

Where did the Celts live?

Why was metal so important in the Iron Age?

What shapes were Celtic shields?

What weapons were used during this period?