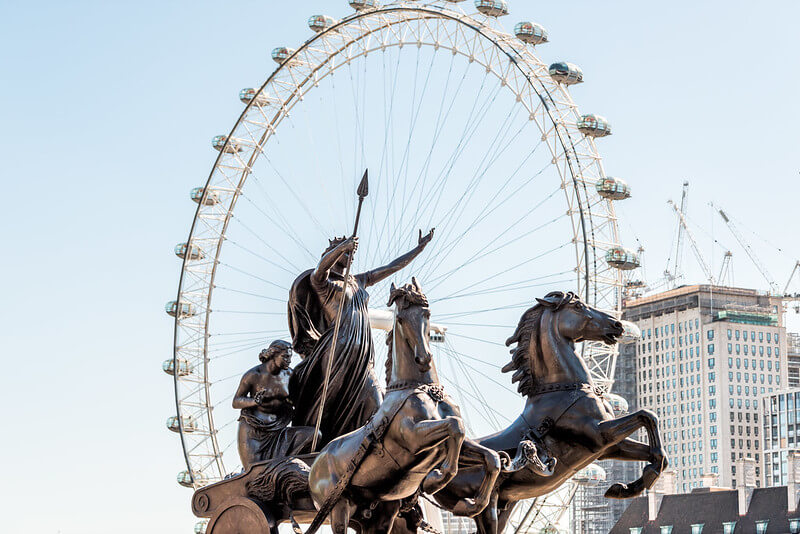 The Celtic queen Boudicca lived hundreds of years ago, so there are no photographs of her and only a few official documents about her. But we have gathered together some amazing facts about Boudicca, so kids can learn about this fascinating historical figure.

Part of the Key Stage 1 and Key Stage 2 curriculum, Boudicca is an important figure from our ancient past, and so we have put together a helpful guide that explains who she is and what role she played in the history of the country. We have included a basic biography, ten top facts about Boudicca as well as some questions and fun learning activities to kids understand this fascinating moment in history.

Boudicca was a Queen, ruling over the British Celtic 'Iceni' tribe after her husband, Prasutagus died. Prasutagus had made a pact with the Romans that when he died his kingdom would be split between his own family - Boudicca and their two daughters, whose names we do not know -  and the Roman emperor. However, when Prasutagus did die, the Romans ignored his will and the kingdom was taken over by the Romans. At this point, around 61 AD, Boudicca gathered her tribe and began a revolt, destroying Roman towns and cities including London (called Londinium at the time), Colchester (then called Camulodunum) and St Albans in Hertfordshire (called Verulamium). The Roman governor gathered an army of Roman soldiers and managed to quickly defeat the Iceni tribe.

There are several different spellings used for Boudicca, including Boudica and Boadicea. There are lots of different ways to spell her name because at this point in time (around 50-60 AD) the records were made by Romans - and the Romans hadn't seen how the English Boudicca spelt her name. Instead, they were simply writing down what they had heard and guessing at the English spelling. Boadicea is thought to be wrong, but there is no way to know if she spelt her name with one C or two. Either way, the name is thought to have been pronounced as Boo-dik-ah.

How Did Boudicca die?

Boudicca died before the Romans could capture her - there are two different versions of the story: according to the Roman, Tacitus, she drank poisons so she wouldn't be captured, but according to the historian Cassius Dio, she died of an illness.

1. While of course there aren't any photographs of the warrior queen Boudicca, it is documented by the Romans that she had red hair that was long enough to go past her waist.

2. The writings of Cassius Dio described Boudicca as a tall woman of royal descent, with a piercing stare. She wore a large gold necklace and colourful tunics, as well as a cloak that was fastened with a brooch.

3. You can see a bronze sculpture of Boudicca and her daughters, on a horse-drawn chariot in Westminster, London. Facing the Palace of Westminster and Big Ben, the sculpture was designed and made in 1856 by artist and engineer, Thomas Thornycroft.

4. The pact that the Iceni tribe had with the Roman Empire was not unusual. Other provinces, including Galatia and Bithynia, also had similar pacts. However, Roman law only allowed land to be inherited by men, i.e. the sons of the ruler, so because Prasutagus and Boudica had two daughters, the Romans did not keep to their promise.

5. Boudicca led Britain in the battle against the Roman army, which was led by Gaius Suetonius Paulinus. The final battle took place on Watling Street, which is thought to be between Londinium and Viroconium (now known as London and Wroxeter in Shropshire).

6. Although the British forces outnumbered the Romans by more than 20 to 1, the Romans won the battle of Watling Street.

7. It is thought that almost 80,000 British and Roman people were killed in the uprising led by Boudicca, whose army assembled whilst the Roman Governor of Britain was away in Anglesey in North Wales.

8. The Iceni tribe joined with another British tribe, the Trinovantes, who had lost their former capital, Camulodunum, to the Romans several years before.

9. Prasutagus ruled over the Iceni tribe in Britain in the 1st century AD. Prasutagus and his tribe lived in the area that is now called Norfolk.

10. The name Boudicca is thought to translate as 'She who brings victory', originating from the old Gaelic word 'Boudeg', meaning 'victory'. Because of this, it is more likely that Boudicca was a title given to the Queen of the Iceni rather than being her birth name.

The Follow-Up: What Do We Know About Boudicca?

Here are some questions and follow-up activities for kids to continue learning about this topic:

How many children did she have?

Why did she start a battle against the Romans?

Which cities were destroyed by Boudica's army?

Make a drawing or sculpture of Boudicca using what we know about her!

Why not make a map that shows where Boudica and the Iceni tribe lived, as well as plotting the journey that they took during the battle,  including Colchester, London and St Albans. On the same map, you could also add the journey that the Romans took as they travelled from Anglesey to Watling Street.