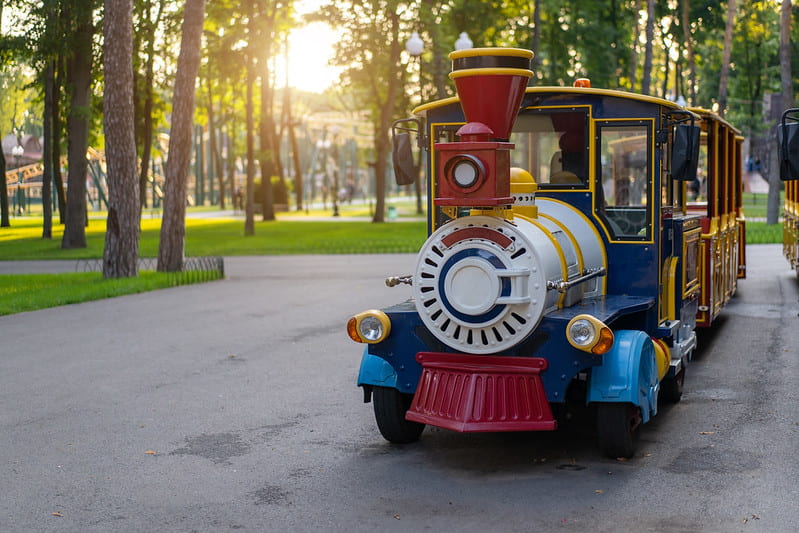 If you want to stay on track with your transport jokes and puns then it's time you took on a ride on Kidadl's very special joke-omotive train.

The first railway train journey took place over two hundred years ago; a steam locomotive in South Wales travelled nine miles on  21 February 1804.  Yet, no matter how much history they have, trains never get old and nothing gets us smiling faster than a full-speed train joke.

Train One Liners And Railroad Puns

1.- I went for a walk along the railroad tracks, but then I suddenly felt run down.

2.- I used to be a railway engineer but I kept losing my train of thought and going down the wrong track.

3.- A young man has just told me about a great offer on railway buffers.  Apparently, it's an end of line sale.

4.- I like to share a train pun or one-liner.  I've always been driven by the joy of monorails.

5.- Well, one thing I'll say about ticket inspectors is that you've certainly got to hand it to them.

6.- Anyone who steals a train would definitely have a locomotive.

7.- I was considering becoming a railway conductor or engineer, but I got put off by all the training.

8.- Reading between the lines can be extremely dangerous, particularly if you are at a train station.

9.- I  handed in my notice today and left my job as a newspaper reporter. I obviously took the ex-press train back home.

10.- The troll that lives under my local railway bridge really is my arch enemy.

11.- I went to a railway fancy dress party at the weekend.  I wasn't surprised to see every person there was wearing platforms.

12.- Remember the good old days of railways, when everyone had plenty of esteem.

16.- Knock, knock! Who's there? Quintus. Quintus who? Quintus the next train leave?

17.- Knock, knock! Who’s there? Alpaca. Alpaca who? Alpaca the suitcase, you see what time the train leaves.

18.- Knock, knock! Who's there? Betsy. Betsy who? Betsy of all, the train ticket says first class.

21.- Why did the elephant refuse to travel on the train?  Because she didn't want to leave her trunk in the baggage carriage.

22.- How do find out how heavy a whale is? By taking it to the whale weigh station

23.- When does a rabbit go at exactly the same speed as a train.  When it is one of the passengers on the train.

24.- Why did the train thief camouflage the railway?  Because she wanted to cover her tracks.

25.- How do you locate a stolen train?  By following the tracks.

27.- What happened to the man who took the evening train home?  He had to give it back.

28.- What do you call a train that can't stop sneezing? Achoo-choo train.

29.- What did the train driver say to the lady who wanted to know how long the next train would be and if it would run on time?   Same as usual madam; it has four carriages and it will run on rails.

30.- Why shouldn't you fall asleep on trains?  Because they run over sleepers.

31.- What's the difference between a railway security guard and a teacher? One minds the trains and the other trains the minds.

32.- What did the train track say when he walked into the bar with the motorway? A pint for me please, and one for the road.

33.- What happened to the boy who was doing a project on trains? He found it difficult to keep track of everything.

34.- What's the difference between a teacher and a steam train?  One tells you not to chew gum, while the other says "Choo-choo".

35.- Why was the railway so angry? Because people kept crossing it.

36.- Why can't train engineers be electrocuted?  Because they aren't conductors.

37.- How did the locomotive get so good at its job?  It trained every day.

38.- How do trains hear? Through their engineers.

39.- What do you call a pretend railway station? A play station.

40.- Why was the train engine humming?  It had forgotten the words.

41.- Why do you have to wait longer for a train on Halloween? Because they run a skeleton service.