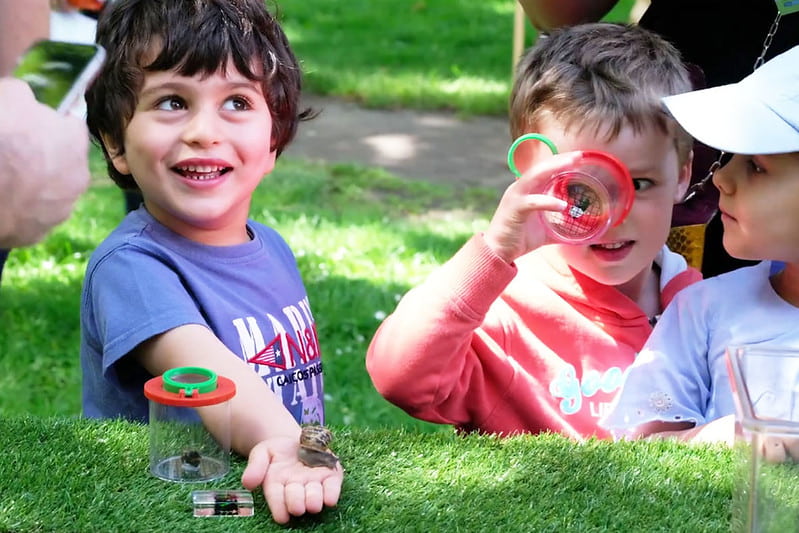 If you're headed off on holiday this summer and have a long journey with kids to fill, you're sure to need a few more ideas in your arsenal to keep everyone entertained other than just I Spy. Why not keep everyone laughing with some family-friendly jokes? Whether you're travelling by train or plane, we have the perfect jokes for every journey.

If you're travelling by car, we really hope you don't get stuck in traffic and end up crawling but if you do, this collection of funny snail jokes will keep the whole family's spirits up. From an escargot joke or two, to a slimy pun and the classic 'S car go' joke, these hilarious snail jokes are sure to prevent any cries of "are we nearly there yet?"

There's nothing better than trying to guess the punchline before it's revealed. Have a go with these brilliant question and answer snail jokes.

Why do French people eat snails? Because they don't like fast food!

What did the snail say when it was riding on the back of a turtle? Wheeeeeeee!

What happens when two snails have a big fight? They slug it out!

Why don't McDonald's sell snails? Because they're not fast food!

Why are snails the strongest animal in the world? Because they like to carry their whole houses on their backs!

How can you tell when your kitchen floor has got too dirty? The snails leave a trail over the floor that says "clean me"!

What was the snail doing on the motorway? About a mile a day!

What's the difference between a pile of slugs and school dinners? School dinners are served on a plate!

Why did the snail cross the road? I'm not sure, I'll let you know when he gets here!

What's another word for a snail? A big bogey wearing a helmet!

Kids will want to tell these witty snail gags again and again.

What do you call a snail when he's sailing on a ship? A snailor!

How do snails manage to get their shells so bright and shiny? They use snail varnish!

How do snails keep in touch? By using their shell phones!

What happened when the snail lost his shell? He started to feel a little sluggish!

What did the snail say to his enemy? I'll get you next slime!

Where can you find giant snails? At the end of giants fingers!

Fire off the quickfire jokes with these snail one liners.

If a snail says he's not home, he's definitely lying!

Did you hear about the snail that finally found his confidence? He really came out of his shell!

I stepped on a snail this morning, and I feel so guilty. The poor thing, he looked genuinely crushed!

I made friends with a snail today, and brought him back home with me for dinner. He looked up at my house and said "Yikes! I wouldn't want to carry that on my back!"

These jokes are a little longer, so try to make it to the punchline faster than snail pace.

A turtle was walking down the street when two snails robbed him. When the policeman arrived, he asked the turtle what happened and he replied “I don’t know, it all happened so fast!”

A snail goes to a garage to buy a car. He sees a super fast sports car, and asks the garage if they could paint a big red “S” on both sides. When the salesman asked why, the snail replied “I want people to say, ‘Look at that S car go!’”

A man arrived at a Halloween party with a woman stuck to his back. A guest asks, "what are you dressed as?" and the man replies, “a snail!" Confused, the guest asks, "But who's that on your back?" and the man says, "That's Michelle!"