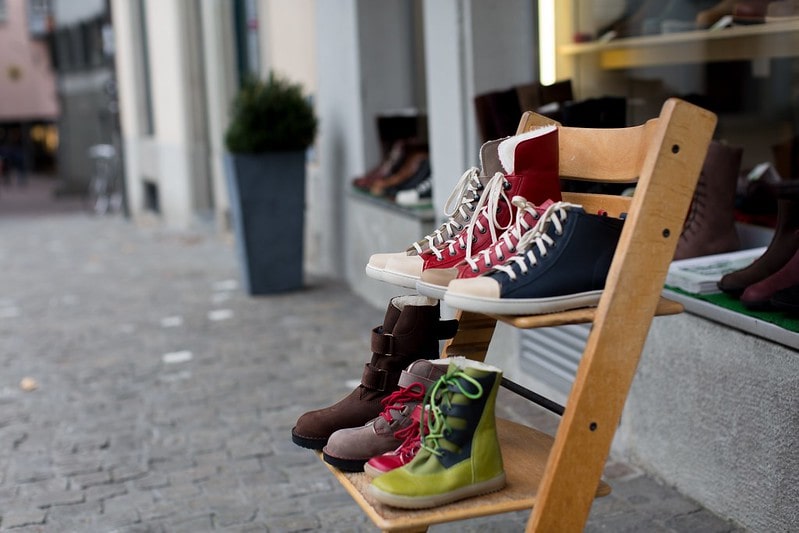 We've rounded up the most hilarious shoe jokes and puns to make the whole family laugh.

Get memorising these shoe jokes and puns to entertain your friends and family, and you'll soon boot out any competition. And how about making up one or two shoe jokes or some footwear puns of your own? All you need is a little sole and you shoe will be impressive. (We made that one up ourselves!)

These jokes are a total shoe-in for getting the best laughs – and include puns – just beware of wearing them out.

How does the rain tie its shoe laces? With a rainbow.

Which animal sleeps with its shoes on? A horse.

How come Winnie-the-Pooh doesn't wear shoes? Because he has bear feet.

What kind of shoes does a spy wear? Sneakers.

What kind of shoes do mice wear? Squeakers.

What's made of leather or canvas and sounds like a sneeze? A shoe.

How come all shoemakers go to heaven? Because they have good soles.

What do you get if you cross bread with a pair of shoes? Loafers.

What has a tongue, six eyes and a sole? A shoe.

What did the hat say to the shoe? I'll go on ahead, you follow on foot.

A butcher is 6 feet tall and wears size 10 shoes. What does he weigh? Meat.

What did the man who was always late put in his shoes? Herbs, so he could always be on thyme.

Why did Santa Claus's shoes break? Because he had so many missile toes.

Which letter has its own brand of shoes? A D does.

Why was the leather shoe so stubborn? Because it couldn't be suede.

What do you call a dinosaur that wears boots and a cowboy hat? Tyrannosaurus Tex.

What kind of shoes would an artist wear? Sketchers.

What kind of shoes do frogs wear? Open toad.

Did you hear about the fire in the shoe factory? Many soles were lost.

What happened when the teacher tied all the children's shoelaces together? They went on a class trip.

What do you call two banana peels? A pair of slippers.

Why was the shoe late for class? Because he was tied up.

What happens if you eat yeast and shoe polish? Every day you'll rise and shine.

What do you call married shoes? Sole mates.

Like a good riddle? So do most people, so why not try this shoe joke out – just don't stumble on the answer.

Two mothers and two daughters go to the shoe store. Between them, they bought three pairs of shoes and they each got a pair. How can this happen? There is a mother, a daughter and a grandmother. The mother is both a daughter and a mother.

Be the life and sole of any party by telling people one of these jokes.

Tyre shoe or else you'll trip.

People won't walk away when you're telling one of these hilarious shoe jokes that will make their day.

A racehorse walks into a bar with his staff, but the bartender said, "You can't come in here with those trainers."

A man gets a job interview to be a blacksmith and the first question he's asked is if he's ever shoed a horse. "No," said the man, "but I did tell a donkey to go away once."

A man goes to the 50th Anniversary Dinner of Shoe Makers. It was just a bunch of old cobblers.

Did you know Gandhi didn't wear shoes and often fasted? Walking barefoot all the time hardened his feet, but hunger weakened his body and made his breath smell terrible. You could say he was a super callused fragile mystic hexed with halitosis.

You'll trot out these funny shoe puns so many times, but they'll never get old.

The shoemaker gave his apprentice everything he needed. He gave him his awl.

A friend couldn't tie his shoelaces so he's gone to boot camp.

I used to work in a shoe recycling centre. It was sole destroying.

Velcro shoes are a rip-off.

I talk to my shoes because the box they came in says Converse.

I used to buy my shoes in bulk, but now I just buy them by the foot.

I want to buy platform shoes, but I can't afford them. I'm still a little short.

I saw a man holding a boot to each ear. He was listening to sole music.

I need to get new shoes – one of these isn't right.