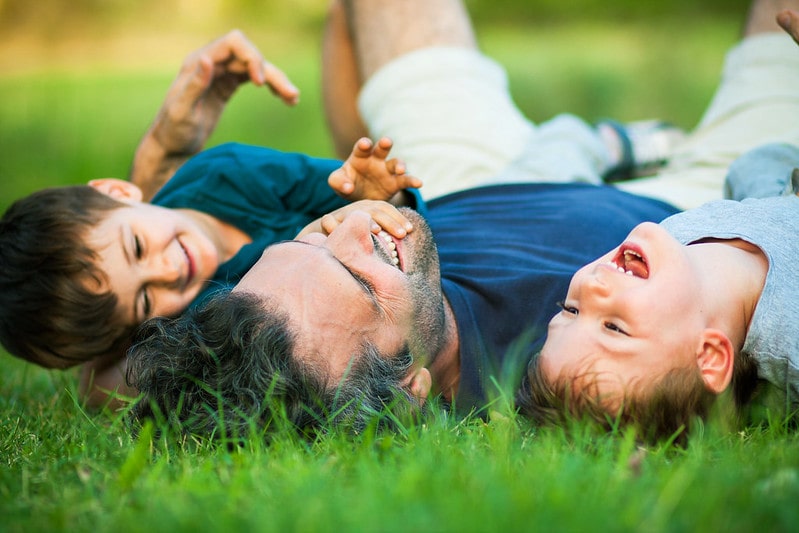 There's a lot to love about rugby, from the high speed and exciting try scoring and the seemingly impossible conversions to the fascinating scrummages.

There are some pretty interesting facts about this intricate game too, including the belief that it was invented back in 1823 when William Webb Ellis, a pupil at Rugby school, picked up the ball during a game a football.

How about the disgusting fact that the reason rugby balls are oval is because the very first ones were made from pig's bladders? You'll also love this little bit of history - the same whistle has been used to open the first Rugby World Cup game since the first World Cup in 1987. But, the fact we love the most... England is the only team in the Northern Hemisphere to have ever won the World Cup, back in 2003, thanks to Jonny Wilkinson's legendary drop goal.

If you love to play and watch rugby, then you'll be delighted to hear that thanks to all of the strange rules and different disciplines, this gentleman's game has inspired plenty of brilliant jokes too. We've scrummaged up the 44 best English rugby jokes for kids that'll 'convert' your family and friends to this fantastic game and have them doubled over with laughter. Prefer football or basketball? Don't worry we've got the best jokes for both of those sports too.

Question And Answer Jokes About Rugby

Let's kick off with some rugby question and answer jokes that are really easy to remember. You'll find some England rugby jokes in here too to wind up your Welsh, Irish and Scottish friends during the next World Cup or Six Nations Tournament.

1) Which Star Wars character is best in the set piece? Darth Maul.

2) What's the difference between the Scottish Rugby team and a teabag? A teabag stays in the cup longer.

3) There's a fine line between success and failure in international rugby. It's called Hadrian's Wall.

4) What did the rugby coach do when the pitch flooded? He sent on the subs.

6) Why aren't rugby stadiums built in outer space? Because there's no atmosphere.

7) What do you call a Welshman in the knockout stages of the Rugby World Cup? A referee.

8) How can you tell if a prop is walking, jogging, running or sprinting? His expression.

9) What do you call people who hang around with rugby players? Backs.

10) What insect lives in your mats and is good at scoring tries? The rug bee.

11) Why did the rugby player go to see the vet? Because his calves were sore.

12) What do you get if you cross rugby and the invisible man? A game like no-one has ever seen.

13) If you have a referee in rugby what do you have in bowls? Soup.

15) What do you get when you cross rugby with halloween? Drop ghouls.

16) Why are Jedi terrible at rugby? Because "there is no try".

17) Why do rugby fans eat up the sport? Because it's scrum-ptious.

18) Why was the rugby player upset on their birthday? Because they got a red card.

20) Why did Cinderella get kicked off the rugby team? Because she kept running away from the ball.

22) What ship holds 12 rugby teams but only one team leaves it each year? The Premier-ship.

Your friends will think you're really on the ball if you manage to drop kick some of these rugby joke puns into conversation.

24) Rugby puns are alright. But only Five Eighths of them are any good.

27) To go forwards, you must go backwards.

28) I've got to give you props for some of these rugby jokes.

30) Some of these jokes need kicking into touch.

Hit the ground running with these good jokes about rugby that you can 'try' and get into general conversation while you watch a rugby match to surprise your friends.

32) Went to a rugby referee's retirement party last night. It was a good send-off.

33) A local rugby team of ghosts have started training. They're excellent at scoring drop ghouls.

34) I had a go at rugby the other day. I thought I was doing really well, but everyone just kept saying "nice try".

35) They've invented a new version of rugby where only people who wear glasses can play it. It's a non-contact sport.

36) I went to watch Wasps last week. They were ok, but I've heard they've got no bee team.

37) A Scottish man walks into a bar. There's usually an Irishman and an Englishman in this joke, but they're still at the Rugby World Cup.

38) I cooked and ate a Rugby ball. Tasted scrummy.

39) I went to see the local rugby stadium. It was really cool inside. I think it was all the fans.

40) A friend of mine only goes to rugby matches to play tricks on people. He likes Twickenham.

41) A rugby player goes to the physio and says it hurts when I touch my arm, my chest, and my leg. The physio says "you've broken your finger".

42) As a Brit I can't get into American football. They rugby the wrong way.

43) Rugby player: "Doctor, doctor every morning when I get up and look in the mirror I feel sick. What's wrong with me?" Doctor: "I don't know, but your eyesight is perfect."

44) I broke my collarbone the other day playing rugby. At least I tried.