65 Best Restaurant Jokes For Kids To Keep Them Entertained 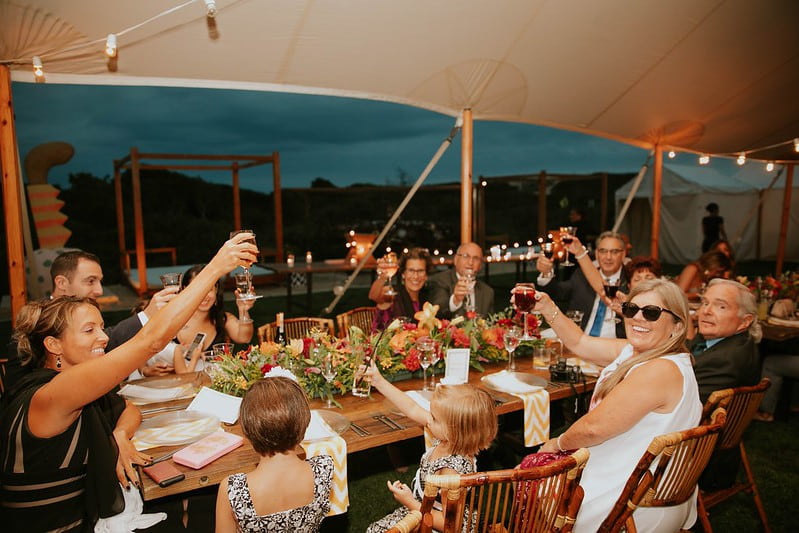 When it comes to restaurant jokes there’s no end of raucous laughs to be had, and better still if you are heading to eat out with the family, what greater way to fill the waiting time? It can be tricky to know how to fill the wait for food, though we all know laughing can certainly make the time fly by, you'll be tucking into desserts in no time.

We have gathered plenty of cracking material to guarantee smiles all round.  So, if you want a “pizza” of these restaurant puns, we promise you’ll be dining out on these for weeks to come.

When it comes to restaurant jokes, question and answer jokes always build a level of anticipation; some are a little cheesy but still "grate".

1.What did the Invisible Man order at the restaurant? Evaporated milk.

2.What food do monsters like to order in a restaurant? French frights.

3.What bird joins you for every meal? A swallow.

4.What do skeletons like to order at a restaurant? Spare ribs.

5.What did Luke Skywalker say to the diners at his new restaurant? May the forks be with you.

6.What do you call a fancy restaurant that specialises in pork? Swine dining.

7.How do you make a milk shake? Give it a good scare.

8.What do people often say in a freezing cold, Mexican kitchen? Brrrrrrito.

9.Where does a tired, angry person go out to eat? The rest-and-rant.

10.What do polar bears eat for lunch? Ice berg-ers.

11.Which vegetable should never be served on a boat? Leeks.

13.What did the big plate say to the small plate? Lunch is on me.

There’s no denying corny one-liners are always a-maize-ing. Here's plenty of funny jokes about food, restaurants and the occasional pun.

14.Have you heard about the new restaurant on the moon? Great food but no atmosphere.

15.At our local pizza restaurant you can eat dirt cheap – though who wants to eat dirt?

16.I just went to a new restaurant in town that serves breakfast at any time. So I ordered french toast during the medieval ages.

17.Have you ever seen a man-eating tiger? No, but in the restaurant down the road, I once saw a man eating chicken.

18.Hello? Paul’s Restaurant. Good evening! Could you tell me, do you serve lobsters? We serve anyone, come on in.

19.I noticed some of the staff in my local restaurant were getting carried away in a heated discussion about how long to leave the bag in a cup of tea. The waiter said it had been brewing for ages.

21.Did you hear about the new themed restaurant in town called Karma? The waiter brought no menu: you get what you deserve.

22.Is your food very spicy Sir? No, smoke usually comes out of my ears.

23.There was a terrible fight at the seafood restaurant. Three fish got battered.

24.What kind of side vegetables would you like with your dinner tonight? Beets me.

25.I went to a restaurant that made the worlds biggest pizza base. I would really love to see someone top that.

26.I went to a restaurant and ordered my naan bread. I don’t know why, she doesn’t even like it.

27.When I order food, I always confuse chutney and pickle. It makes me chuckle.

If the funny restaurant jokes didn't make you laugh, perhaps you are more of a cafe person.

28.I had a slice of an excellent German Christmas cake in the local cafe, but can’t find it now. It’s stollen.

29.Not sure about our new village cafe. It fills me with uncertain tea.

30.I just tried to use the WiFi in my local cafe and just got lots on photos of beef stew on my laptop. Turned out to be a wireless hotpot.

31.Where do birds go for coffee? Nest Cafe.

32.I went to a cafe yesterday afternoon, and I had a ploughman’s lunch. He wasn’t happy.

These classics are the ultimate restaurant funny server jokes, or should we say yolks?

Sorry Sir, it was a toad in the hole you ordered, wasn’t it?

I don’t know Sir, I only laid the table.

Yes I am sorry, it doesn’t know its plaice.

36.Waiter, waiter, there’s a huge flea in my soup!

I’ll tell him to hop it.

37.Excuse me, waiter, This food tastes kind of funny.

Then why aren’t you laughing?

38.Waiter, waiter, what do you call this?

I don’t care where it’s been, what is it now?

39.Waiter, waiter, your tie is in my soup

That’s not wet, that’s the soup!

41.Waiter, that cat’s just run off with my roast beef!

42.Waiter, waiter, look there’s a dead beetle in my soup.

You haven’t given me a spoon.

Oh, I just moved the carrots and there it was.

46.Waiter, waiter, can you bring me a glass of milk and a piece of cod.

Yes, to the brim.

Then hop over to the kitchen and bring me a burger!

48.Waiter, how long will my sausages be?

49.Waiter, waiter, what is this bug doing on my shoulder!

I am not sure – friendly thing isn’t he!

50.Waiter, waiter, there’s a small twig in my soup.

Hold on, Sir, let me get the branch manager.

I’m not surprised Sir, it was ground this morning.

52.Waiter, waiter! There’s no chicken in the chicken soup!

That’s alright, Sir. There’s no horse in the horseradish either.

53.Waiter, waiter, will the pancakes be long?

I am sorry Sir; he can’t eat it either.

55.Waiter, waiter, there's lots of dead flies in this soup.

Yes Sir, it’s the boiling hot water that kills them.

56.Waiter, waiter this food’s not fit for a pig.

Sorry Sir, I’ll go and get you some that is.

Yes Sir, the fly’s on holiday!

Don’t worry Sir, the frog will surface in a moment.

Alma dinner’s gone. Can I have dessert?

Bernie dinner, so let’s go out to eat.

Justin time for dinner, I hope!

Phillip a big plate at the buffet and tuck in!

Yuletide yourself over with a snack until we go out for dinner.

Noah good place we can get something for lunch?