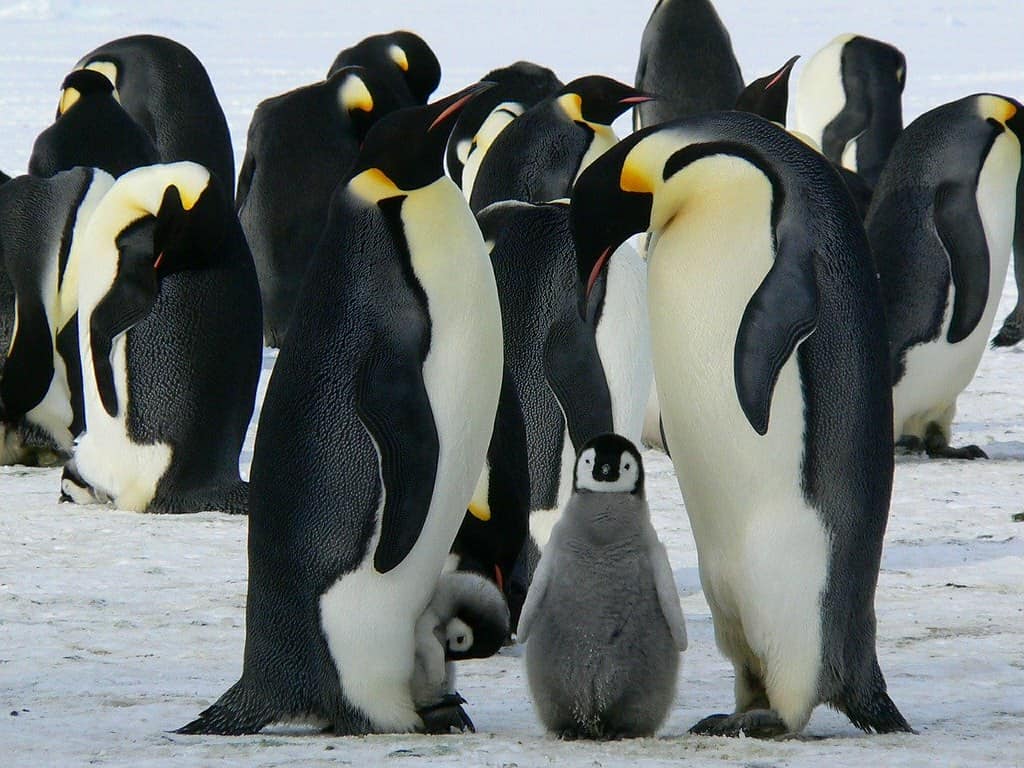 Did you know there are 26 different types of penguin?

They are a type of aquatic bird, black and white in colour and they live predominantly in the southern hemisphere. Birds, penguins included, are pretty rad creatures.

They're also really cute! They have inspired some wing-tastic jokes so, whether you kids love birds or not, we have penguin puns, ice-breaker jokes, penguin biscuit inspired jokes and a whole host of other beak-tastic penguin jokes here for you.

These pun-tastic penguins jokes will surely tickle your funny bone, or beak, whatever you fancy! Which one is your favourite penguin pun?

1.What do you call a happy penguin? A Pen-Grin!

2.What do penguins wear to the beach? A beak-ini.

3.What do a group of penguins do to help them make a difficult decision? Flipper coin.

4.How do you get in touch with a penguin? Give him a wing.

5.Where do penguins keep their money? In a snow bank, of course!

7.I had a latte with a penguin the other day. He said he would have preferred a fish...

8.What does penguin who does magic say to his audience? Pick a cod, any cod.

9.Who is the head of the Penguin Navy? Admiral Byrd.

10.What is a penguin's favourite family member? Aunt Artica!

11.What does a penguin do when it loses its tail? It goes to a re-tail store.

13.Where do penguins go to watch movies? At the dive-in.

14.What do you give to a penguin that's ill? Some medical tweetment.

15.What do penguins eat for lunch? Ice-burgers.

16.Why did the penguin cross the road? To go with the floe.

Memorise these jokes about penguins so you'll have them forever, a penguin joke a day keeps the doctor away!

17.One day a police officer sees a man walking  20 penguins down the street. The officer says to the man, "Hey, mister, are these all your penguins?". The man replies "Why yes, they are indeed my penguins!". The police officer says "Well, you're going to have to take every single one of those penguins to the zoo immediately!". The man says "OK, well I'm not sure they'll enjoy it there!" to the police officer and he heads towards the zoo.

A day later the police officer sees the man again with the same 20 penguins. But this time they are all wearing sunglasses! He's shocked and gobsmacked. The police officer walks hastily over to the man and says "I thought I told you to take these penguins to the zoo?". The man replies "I did, and today we are all going to the beach! They don't like enclosed spaces".

18.A zookeeper lost his Bible while he was mending fences out at the zoo. Three weeks later, a penguin walked up to him carrying the Bible in its beak. The zookeeper couldn't believe his eyes. He took the Bible out of the penguin's beak, raised his eyes heavenward and exclaimed, "Golly gosh, It's a miracle!"

"Is it?" said the penguin. "But your name is written inside the cover of the book", and the penguin waddled off.

Fun fact: Penguins are black and white so that they camouflage well. For birds flying above, the black blends the penguin into the dark depths of the ocean. But to predators in the sea, their white bellies blend into the sea! How clever?

These question and answer penguin jokes sure do make us giggle. I'll seal you later when you're on the floor laughing!

19.What would you call a penguin with no I? Pengun.

20.Why did the two penguins jump when they first met? They were trying to break the ice.

21.Why are penguins good racing car drivers? Because they are always in pole position.

22.What does a penguin eat on its birthday? Fish cakes!

23.Why would a penguin cross the road twice? To prove he isn't a chicken.

24.Where do penguins go to dance? The Snow Ball.

25.How did the penguin pass his driving test? They winged it.

26.Why do penguins wear glasses? To help their ice-sight.

27.Why are penguins so good at using the internet? Because they have web feet!

28.What do penguins drink in the summer? Iced tea!

29.What is a penguin's favourite film? Frozen.

30.Why are penguins so difficult to get along with? Because they're always fishing for compliments.

31.Why was the penguin's head so cold? Because he was wearing an ice-cap.

32.What was the name of the emperor's penguin? Julius Freezerrr.

33.Why was the penguin so popular? Well, he was an ice guy!

34.What kind of fish do penguins eat at night? Star fish.

35.What do penguins wear in the summer? Flipper flops.

36.How does a penguin build its house? Igloos it together.

37.Where does a 500 pound penguin sit when he's resting? Anywhere he wants!

39.Why don't penguins know how to fly? They aren't tall enough to be pilots.

40.Which side of the penguin has the most feathers? The outside.

41.Have you ever heard of the Fight of the Penguins? Well, its a whale of a tale.

42.Why do penguins always carry fish in their beak? Because they haven't got any pockets.

43.Why don't you see any penguins in Britain? Because they're afraid of Wales.

44.What is smarter than a talking penguin? A spelling bee!