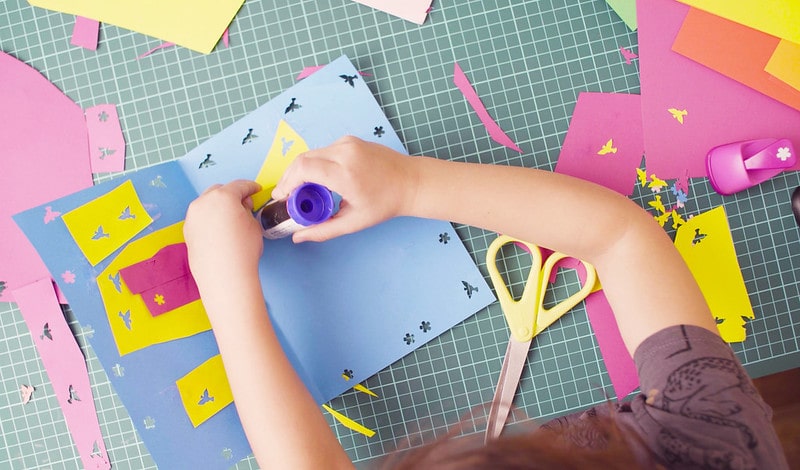 Making birthday cards is one of the best ways to show your skills in the origami craft! There are loads of ideas for crafts, paper crafts and greeting cards out there, but an origami card will make it extra special.

In the same way that you could write words, draw shapes, ages, animals, cakes, or candles on your birthday card, you could make these and put them on your origami birthday card instead.

Origami designs at the ready, these origami birthday card ideas will inspire and improve their skills in the craft. Chances are, you'll never be short of card-making ideas for birthdays.

Card stock is your best bet for paper when it comes to making an origami birthday card, as it's nice and thick, so will provide a sturdy backing. The smoothness will also help give your origami birthday card a quality finish. For the origami itself, origami paper is the best choice as it creates lovely folds that don't rip easily, while card stock on occasion can be too thick for origami.

-Card stock of any colour or pattern (A4).

1) Fold the white paper in half to look like a card.

3) Lift the flap created by the two slits and fold forward, pressing firmly, then unfold and fold backwards.

4) Open the origami birthday card halfway and push the flap inwards, creating a square-like gap between the open card and the pop-out section.

5) Open the card out flat and write a lovely message in the flap that will pop out. Then use your finger to bring the flap out again.

7) Decorate the front cover with pens, glitter and accessories, then your origami birthday card will be complete!

1) Fold the coloured paper in half lengthwise, then unfold.

2) Take one of the corners and fold in a 'doggy-ear' style, bringing the corner and part of the edge to meet the middle crease. Repeat on the other three corners.

3) Take the base edge and, with the corners still folded, fold the bottom section halfway, so that the edge meets the middle crease.

4) Repeat with the top edge, bringing it in also.

5) Fold both of the pointed corners on the sides inwards, so that each corner folds in where the edges of the top and bottom flaps meet.

6) Rotate so that the envelope is in portrait orientation, then turn over.

7) Lift the bottom edge and fold backwards about a third, so that the tip of the triangular fold revealed is just on the edge.

8) Lift the top edge and fold forwards a third, so that its edge meets the bottom of the folded origami envelope.

9) Lift the top layer and tuck the corner of the middle layer into one of the pockets (or gaps), then do the same with the other pocket, leaving the triangle sticking out.

10) Press around all of the folds and make sure the flap is tucked in securely.

11) Pull the triangular tab to unravel the card, then write a lovely message on the white paper, fold and place in the card.

12) Fold the card up again to hide the message, then decorate the outside of the card - the pull-tab card is complete!

-Pencil (HB or another dark pencil).

1) Use a pencil to draw a spiral, starting from the centre of the paper and ending at the edge. Leave around 2cm between spiral layers.

2) Cut along the spiral lines that were sketched with scissors.

3) With the strip in hand, take the outer end and start rolling your flower into a rose shape, arranging the layers so that it looks realistic.

4) Use a small amount of glue to stick the end of the spiral to the flower, keeping it intact.

5) Fold the card stock in half to make a card.

6) Stick the flower on the front (anywhere you like) decorate the card and you're done!

1) Trim around half a centimetre off the width and length of the A5 paper, so that it fits better in the A6 card. Then fold in half.

2) Cut some short strips of coloured paper that are less than half the length of the card and about 1cm wide. These will form the candles.

3) Use the folded paper and candles to help you mark where the top and bottom of the pop-up origami cake should go.

4) Split this area into three, then make four cuts, one on each line you've drawn: starting from the bottom, the first two lines will be 5cm long; the next two, 3.5cm and the last (at the top 2cm).

5) Bend each flap created forwards and backwards once to create creases. Then open the origami card and fold each one inwards to reverse the creases.

6) Fold the card stock in the same way as the paper, then carefully glue the pop-up origami card in, one side at a time. Stick the candles on, decorate, and your folding origami pop-up card is complete!

-Square origami paper, coloured on one side and white on the other (20cm x 20cm).

1) Coloured side down, fold the square origami paper diagonally to form a triangle.

2) Take the tip of the top layer and fold it down, so that the corner is roughly a centimetre from the base.

3) Fold the triangle formed back up in half, then down in half for a 3D origami zig-zag, known as an accordion fold.

5) Fold the top corner down halfway, then fold the left and right corners in, so that the birthday origami now has a cupcake silhouette (with a more angled top).

7) Fold the card stock in half, then cut an inch-wide strip of patterned paper. Glue the strip across the base edge of the front (and back) of the card.

8) Glue the cupcake onto the card.

10) Glue the candles on and the origami cupcake birthday card is complete!

Top Tip: Feel free to decorate with glitter, rhinestones and stickers, to make the card even more special!