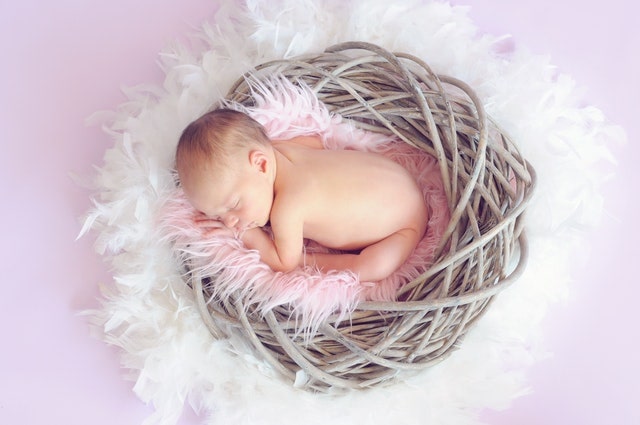 Choosing a baby name that means beautiful is something that most parents want for their child.

A unique baby name may be influenced by its culture, language, origin, meaning, and sound. With so many options, which baby names would be the right choice for your little girl or boy?

Babies are a symbol of beauty and innocence. Complimenting their charm with a name that means pretty for your beautiful baby can be the best thing for you. Pretty boy names like Jamil, Kyomi, and baby girl names meaning beauty and cuteness like Bella or Iowa or Harika (meaning miracle), are a few of the attractive and most beautiful baby names. To make the task of choosing one perfect name for your beauty, here is a thematically assorted list of names meaning beautiful for your little one. Do not skip the last slot with non-binary baby names that have caught the trend for names in recent times!

Names for girls with a poignant meaning of being beautiful will surely make your princess stand out.

5. Annabelle (Hebrew, English origin) meaning "grace and beauty". Though associated with a name for a girl from a  horror movie of the same name, this baby girl name remains quite a trend.

36. Jaffa (Hebrew origin) meaning "beautiful". It is a unique name for a baby girl.

52. Omarosa (African origin) meaning "beautiful child", is one of the girl names associated with an author named Omarosa Newman.

66. Venus (Roman origin) meaning "Roman Goddess of love and beauty". This name means beauty and is associated with the planet and a Venus flytrap, a kind of flower that can be an exotic choice for girl names.

Beautiful boy names are always the best pick for the baby moniker. Here are the top few gorgeous baby names that mean beautiful, handsome, and pretty for your little man.

70. Adonis (Greek origin) meaning "most handsome, beautiful", one of the baby names that peaked high after Drake named his son based on the Greek mythology.

72. Amare (Ethiopian origin) meaning "handsome". Amare is one of the baby names that mean beautiful as well, and is a famous beach hotel in Ibiza, Spain.

74. Beale (Old English origin) meaning "handsome man". This is one of the baby names that mean most to the family and is associated with Beale air force base in California by the air space lovers.

77. Belvedere (Italian origin) meaning "beautiful view". It is a name associated with Belvedere Vodka, a brand of Polish rye vodka.

84. Jamal/Jamil (Arabic origin) meaning "beauty, beautiful". The former name means beauty and is quite a popular name in the football arena amongst the players.

89. Rupin (Sanskrit origin) meaning "beautiful" also a variation of that name Rupinder. This name also means beautiful in the sense of its Himalayan reference to Rupin Pass, a trekking way for adventurers.

92. Zayn (Arabic origin) meaning "beauty and grace", this is one of the perfect baby names inspired by the singer-songwriter Zayn Malik.

If you are seeking for names that mean beautiful for your daughter and son, this list of trendy unisex names can help you out.

94. Beau (French origin) meaning "handsome", it is a name meaning beautiful and is also considered as a short for beauty.

97. Mckenna (Irish, Scottish origin) meaning "son of the handsome one".

98. Memphis (Place Name origin) meaning "enduring and beautiful" is a city in Tennessee. This name is also taken by a footballer name, Memphis Depay.

Kidadl has lots of great baby names articles to inspire you. If you liked our suggestions for Names That Mean Beautiful then why not take a look at Rainbow Names, or for something different take a look at Soft Boys Names.