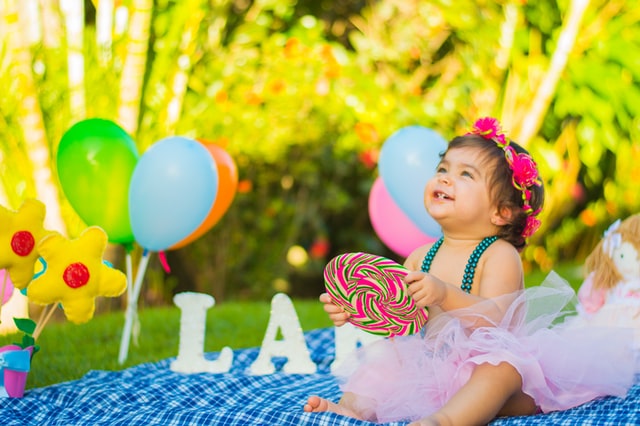 New beginnings give us a chance to turn our sorrows into happiness, our failures into achievement.

Baby names meaning new, dawn, rebirth, or new beginnings appeal to parents who are looking for baby names that signify the hope and fresh start which a baby brings to your life. Having a baby gives a whole new perspective on life. A baby opens up the door to a whole new world, and a beautiful name that signifies a new beginning will mark the birth of a fresh, new chapter of your life. Giving your baby a name meaning new or beginning is the best gift for them. Here's a list of baby names meaning changes or newness. We are sure that you will instantly fall in love with these baby names.

3. Aleph (Hebrew origin) meaning "number one". 'Aleph' is a novel by Paulo Coelho.

19. Newbury (English origin) meaning "new settlement". Newbury is the name of a market place in Berkshire, it can be a unique naming option for your baby boy.

A baby girl is an elegant and beautiful addition to a parent's life; they give new meaning to their lives. Here is a list of beautiful baby names for your baby girl.

39 Amaryllis (Greek origin) meaning "new, freshness". It is the name of a flower whose natural habitat in South Africa.

40. Anastasia (Russian origin) meaning "resurrection, rebirth". 'Anastasia' is a fairy tale princess in an American Animated movie that was released in 1997.

47. Genesis (Biblical origin) meaning "start or origin". It is the name of the first book of the Bible and can also be a beautiful name for your baby girl.

51. Lola (German origin) meaning "violent dawn". There is a song named 'Lola', it is from the album 'Wicked Lips'.

54. Navneet (Indian origin) meaning "one who is ever new".

59. Primrose (English origin) meaning "first rose". The name of a flower which is natively found in Europe.

63. Renee (french origin) meaning "rebirth". Renée Zellweger is the actress in one of the highest-rated films 'Queen Miami'.

73. Newlyn (Welsh origin) meaning "new pond". Newlyn is the name of a town in England.

We should always say yes to new beginnings, new opportunities, and fresh starts. Here is a list of baby names that mean "new beginnings".

Baby names meaning dawn depict a new beginning, a new endeavor, a new hope, and a new opportunity. Here is a list of names meaning "dawn".

Kidadl has lots of great baby names articles to inspire you. If you liked our suggestions for Names That Mean Change then why not take a look at Inspirational Names, or for something different take a look at Chinese Girls Names.