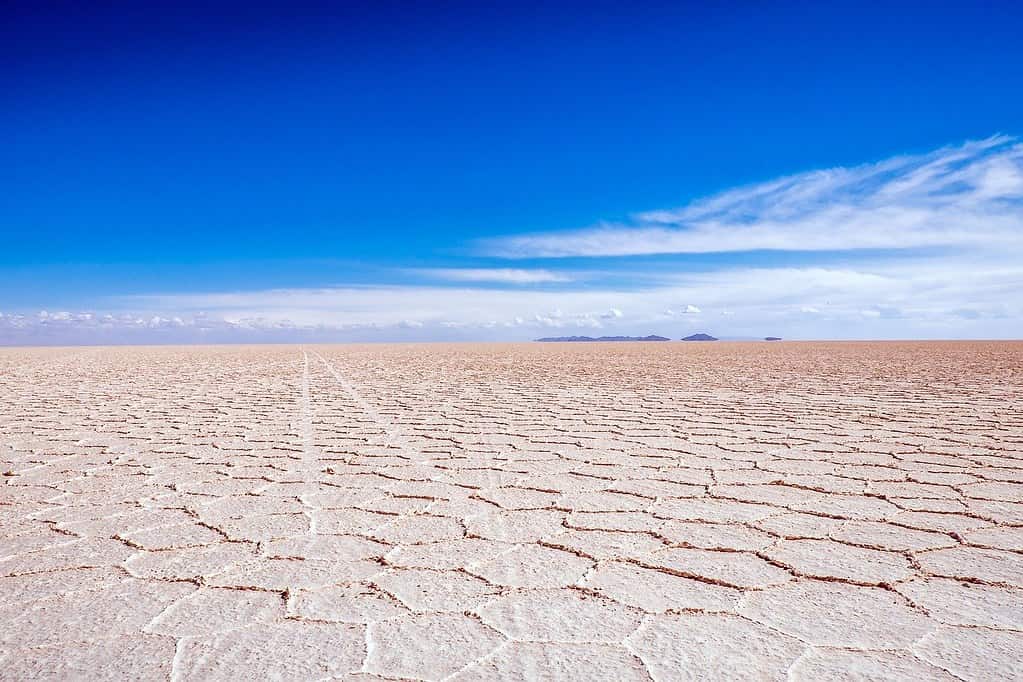 Located in the heart of Latin America, Bolivia is an important country and has some amazing geographical, historical and cultural features, like the world's highest capital.

Most of the Bolivian population are indigenous to Bolivia, so the culture is steeped in history. This landlocked country was a part of the Inca Empire, and is famous in South America for its beauty and infamous salt flats.

Check out these interesting facts about Bolivia where we will tell you where it is, its official languages, all about its amazing natural features and much more about the rich culture and history. If you're looking for more facts about a Latin American country, check out our facts about Costa Rica, or how to get that holiday buzz back if you're missing the sun.

Due to being landlocked among other things, Bolivia has an interesting geography and has many natural wonders. One of the most famous is the Salar de Uyuni, also known as the world's largest salt flat as well as the world's highest navigable lake. If you're ready to learn all about where Bolivia is, what its people, food and indigenous languages are like and more, read on!

1. Bolivia technically has two capitals. One is called La Paz, but the legal capital of Bolivia is Sucre.

2. La Paz is the highest city above sea level in the world and it has the world's longest and highest cable car system where you can admire some of the most beautiful views of the city.

3. The western half of Bolivia is dominated by the Andes, a huge world-famous mountain range with steep slopes and snowy peaks.

4. Almost half the population of Bolivia lives in the Altiplano (a high plateau) chains, in between the Andes mountains.

5. Bolivia is home to Lake Titicaca, bordering Peru. This is a world-famous lake, said to be the birthplace of the Inca people.

5. Lake Titicaca is the world's largest and highest navigable lake in the world. The Inca people say it means the 'cradle of the world'.

6. Lake Titicaca is home to the famous floating reed islands, built by the Uru people.

7. Bolivia has diverse wildlife with over 40 species of animal and so many species waiting to be discovered. Our favourite animal in Bolivia is the llama!

Bolivia has a history that dates back many years, like most South American countries. Bolivia has maintained much of its indigenous history as many people lived in the mountains away from the Spanish.

10. Bolivia and its human history dates back 5,000 years, going all the way back to the Tiwanuku Empire.

11. Bolivia was known as upper Peru during the Spanish rule and became independent on August 6th in 1825 after fighting for many years.

12. Carnaval de Oruro is a famous festival in Bolivia, originally an indigenous festival dating back to the 18th Century, but now incorporating Catholic rituals in service to Virgin of Candelaria.  This is a spectacular festival, normally waking up the sleepy residents and getting everyone into party mode! There are folk dances, beautiful costumes, hours and hours of partying and lively music.

Bolivia's culture is in part so interesting due to the blend of indigenous and Spanish cultures. While the Bolivian people lived under Spanish rule for many years, Bolivia was liberated from Spain in the 19th century, and has since managed to maintain a blend of both cultures.

13. Bolivia has one of the world's largest butterfly sanctuaries. It spans 24 hectares and is open every single day of the year. There are over 1,000 types of butterfly at this sanctuary.

14. San Pedro prison in Bolivia is a famous tourist attraction for many people and one of a kind. Unlike other prisons in the world, this prison is unique because it allows its inmates to live with their own families. They work, earn and sometimes even buy or rent their accommodation in the prison. There is a thriving sense of community there.

15. Of the 36 indigenous cultures in Bolivia, the Quechua people have the largest population. Most Quechuan people live in the mountainous Andes and work as farmers.  Family is important to them and the same goes for most Bolivians, where many family members will live in one house.

17. Bolivia's flag has meaning. Red represents the bloodshed from the fight for independence. Yellow symbolises the wealth and mineral deposits of Bolivia. And, green stands for the amazing agriculture and environment of the country.

Check out these awesome facts about Bolivia and what it is best known for, including the dangerous roads of South America, La Paz's crazy road traffic solutions, and the amazing food of Bolivia.

18. To help people cross the busy streets of La Paz, people dressed up in zebra outfits wander the roads, dealing with the traffic of the city. They educate people on road safety and make sure everything is running smoothly in this busy city

19. Bolivia has one of the most dangerous roads in the world, known as the death road (that's how scary it is!). The road is so steep that locals avoid it like the plague. Many people have fallen off into the valley below, and while it is now blocked off, people try to use it still.

20. Bolivia is known for having lots and lots of llamas! These furry guys can often be seen wandering through mountain terrain with their shepherd. They are the national animal of Bolivia, and their fur is often woven into fabric and garments. People often mistake llamas with alpacas but in fact, llamas are much heavier and bigger.

21. There are also jaguar cats, chinchillas and one of the rarest types of flamingoes all in Bolivia, including the special Andean Flamingo.

22. A well-known traditional dish in Bolivia is Saltenas, a lovely pastry with a meat filling stew, sometimes including olives and raisins too.

23. Guinea pigs are served as a delicacy in Bolivia and Peru. Referred to as Cuy, they are fried, boiled or roasted! Lots of people say it tastes like chicken and its high in protein too.

24. Bolivia is known for having pink dolphins! Pink dolphins are actually considered the most intelligent type of dolphin and live in the Amazon.

25. Bolivia is home to a salt hotel called Palacio de Sal (Palace of Salt). It was made in 1993-1995, and was built using one million blocks of salt. The floor, walls, ceiling and furniture including beds, tables, chairs and sculptures are all made of salt. It is located near the Salar de Uyuni, the world's largest salt flat we mentioned earlier.