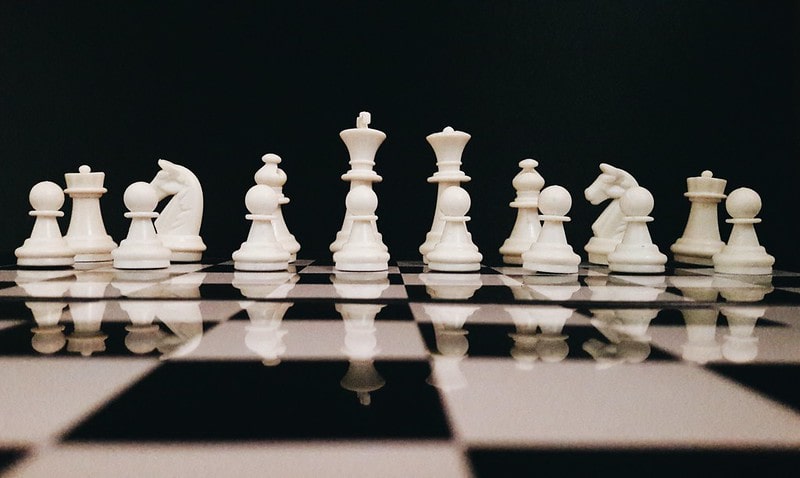 Love playing chess? Then you're going to want to check out these funny chess puns, one liners, knock, knock jokes and other jokes about chess. Then, once you've read our funny chess jokes you can check out our other sports quips!

Like a game of chess, but we think once you've mastered them, you'll be able to make your friends laugh any time.

This Q&A is the classic joke format and always a winner.

Why did the chess player get tense in a restaurant? Because the waiter said, "Check."

What did the chess grand master do when the big tournament was stressing him out? He took the knight off.

What did the chess player say to the waiter? Check, please.

What did the judge do to the guilty chess player? He threw the rook at him.

How did the king lose his home? One of the horses took his castle.

Why wouldn't the cowboy play chess? He was afraid he would lose his horse.

Why did the chess player bring a pad of paper and pencils to the chess game? In case there was a draw.

What is the most costly move in chess? The check.

Puns are always winners, so try these out at your first chance.

What do you call a bunch of chess players bragging about their wins in a hotel lobby? Chess nuts boasting in an open foyer.

Why do chess pieces look so uninterested? Because they're part of a board game.

What's the easiest way to move your castle? Re-moat control.

Where can you learn to play chess? Knight school.

Why was the chess board so wet? The queen has reigned for years.

Why did the pirates raid the chess tournament? They were looking for a treasure chess.

Ready to start knocking? Get going with these funnies.

Bishop who just put you in check.

Queen your room, it's a mess.

These one liners will have you making all the right moves.

If you forget the rules of chess, don't worry – you're allowed to check.

I like to play chess with old men in the park, although it's hard to find 32 of them.

I have a friend in Prague I like to play chess with. He's my Czech mate.

I just had lunch with a champion chess player. It took her eight minutes to pass the salt.

Story jokes are always a winner, so try these on your family and friends.

A man went to visit his friend and was astonished to find him playing chess with his dog. "That's the smartest dog I've ever seen," said the man.

"Not so smart," the friend said. "I've beaten him three out of five games."

A chess master died and a few days later, a friend of his heard his voice. “What’s it like where you are now,” he asked.

“What do you want to hear first, the good news or the bad news?”

“Tell me the good news first.”

“Well, it’s really heaven here. There are tournaments and blitz sessions going on all the time and Morphy, Alekhine, Lasker, Tal, Capablanca, Botvinnik are all here and you can play them.”

“You have Black against Capablanca on Saturday.”