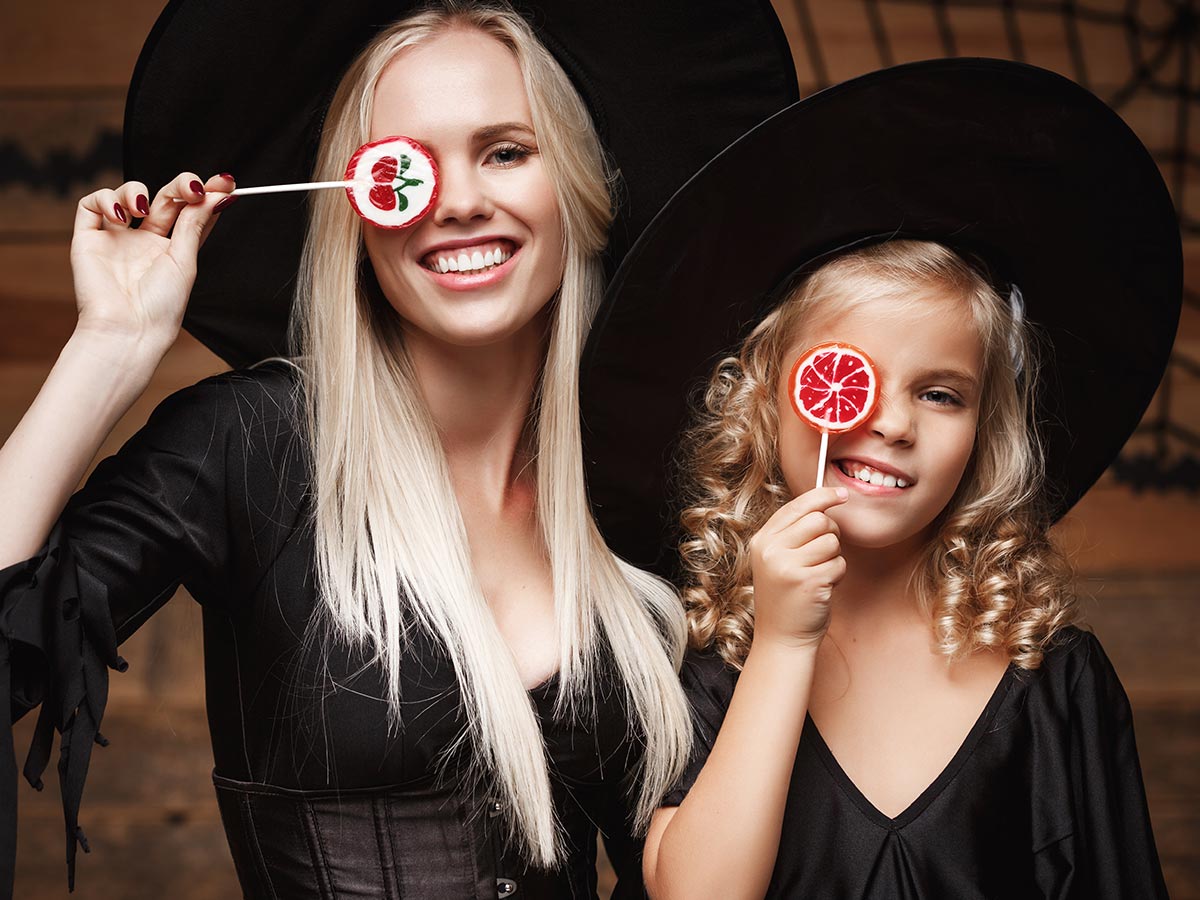 It is not unusual for people to hear the idea of Gothic names and think of something scary.

But, that is just a small part of it. Gothic names often have special meanings beneath the surface - in this list, you will find names associated with goddesses and beauty as well as those with ties with the dark side of life.

A baby carries their name with them forever, hence it is an important decision and parents often like to take their time to choose a unique name that is perfect for their newborn. For parents on the search for the perfect name, Gothic names can be a fantastic option. They take their root from mythology and eighteenth-century literature, and many have ties with mysterious and magical ideas. So, if you're still thinking of a unique name to give your baby girl, but you’re tired of the regular option, why not take some inspiration from these Gothic baby girl names?  Goth names always carry weight - both in meaning and in beauty. Take some inspiration from this list of Gothic girl names and the meanings behind them.

These Gothic girl names give expression to your baby's dark and resilient side.

1.Adrienne: Meaning 'a dark lady from the sea'.

3.Calida: Derived from Arcadian mythology, this name means 'spirit' or 'an immortal being'.

7.Mallory: An English given name meaning 'cursed one'.

8.Radella: This name with English roots means 'a counsellor to elves'.

Gothic images of nature are endless, from a full moon, to an evening star and the wide-open sea at night, there is something for everyone here. If you’re in love with nature, you’ll love these Gothic baby names.

9.Adara: This is a feminine name denoting ‘fire’. It is of Hebrew origin.

10.Amaris: Derived from Hebrew, this name means 'child of the moon'.

13.Ariel: From the popular Shakespeare play, The Tempest. Ariel is a wind spirit.

14.Cordelia: Celtic origin, this name means 'daughter of the sea'.

17.Jett: This is a name for a beautiful gemstone.

20.Molly: An English name meaning 'of the river or sea'.

21.Nerezza: This name is of Italian origin, it means 'darkness'.

26.Valley: The low lands are so inspiring you may want to name your baby after them.

Dare to give your baby a divine name? These names inspired by Gods and Goddesses will distinguish her from her peers.

27.Aphrodite: Derived from Greek mythology, this is the name of the Greek Goddess of love and peace.

28.Aslaug: Of Norwegian origin, this name means 'a woman betrothed to a God'.

29.Astrid: Scandinavian origin; it means 'loved by the Gods'.

30.Athena: Derived from Greek, it means 'Goddess of wisdom and war'.

31.Aurora: This name was given to the Latin Goddess of dawn.

33.Ella: Popularly used as the short form of other names, this name is the Hebrew word for 'Goddess'.

34.Esther: This name is from Babylonian mythology and it means 'the Goddess of love'.

35.Feronia: Derived from Latin; it means 'Goddess of the forest'.

36.Freya: This name is of Norse origin, it means 'noble lady' or 'Goddess of fertility'.

37.Hebe: A Goddess of youthful prime.

38.Hera: Derived from Greek. Hera is the Goddess of women and her name means 'beauty'.

39.Juno: The name of a Latin Goddess for good marriage and childbirth.

40.Kali: From Hindu mythology, a Goddess of destruction. Nevertheless, she’s a symbol of a virtuous mother figure.

41.Rhea: From Greek mythology, this is the name of the mother of Zeus. It means 'flowing'.

42.Venus: Derived from Roman mythology, this is the name of the Goddess of love and beauty.

Gothic culture embraces the dark colours of the night, you can embrace these colours too, by choosing one of these beautiful baby girl names.

43.Bruna: An Italian name for a  girl with dark hair.

46.Layla: Derived from Hebrew with roots in Arabic. It means 'night beauty'.

Your daughter can be your heroine. These strong sounding Gothic baby names could be perfect for your little girl

50.Anda: From Spanish origin, this is a name given to a 'brave one'.

51.Avery: An English name which means 'ruler of elves'.

54.Martina: Roman origin, meaning 'fighter' or a 'lover of war'.

55.Paige: Of Latin origin, meaning 'young assistant', or 'a Knight'.

Not all Gothic names invoke darkness, these baby names inspired by the beauty of fairies could be perfect for your unique baby girl.

60.Brucie: English origin, used in the Medieval age. It means 'a forest fairy'.

61.Calista: Derived from Greek. It means 'the most beautiful'.

62.Charlotte: This name with French origins refers to a royal infant fairy that protects babies.

63.Edana: Derived from Gaelic, it means the ‘little fiery one.'

65.Morgana: A Welsh fairy name that means 'from the sea'.

67.Pixie: This name is connected with Swedish dialect. It simply means 'fairy'.

Keep up with the modern world by giving your baby girl one of these contemporary Gothic names.

70.Annabelle: From Latin and French, meaning 'the beauty of grace.'

71.Araysh: This name has Urdu roots, its means 'shadower” or 'lucky number three'.

72.Ashleigh: An old English name which can be traced to meaning 'ash trees'.

78.Carey: This name being 'belonging to the Irish tribe'. It’s a lovely Goth name for a baby girl.

81.Damienne: Derived from Greek, it means 'prophecy' or 'prognostication'.

82.Doris: Of Greek origin, this name means 'gotten from the ocean', it has recently grown in popularity.

85.Elvira: Derived from Spanish, it means 'beautiful' or 'truth'.

87.Harper: Derived from English and Irish. It simply means 'harp'.

88.Isolabella: This means 'a beautiful lonely one'.

89.Jade: Derived from Spanish, it means 'a precious stone'.

97.Zella: This name means 'beautiful', perfect for your baby girl.

Parents may want to give their baby girl a Gothic name that relates to a particular mood. Why not take a look at these ideas? Don't be put off by some of the negative connotations that these moods have, a dramatic name such as Miso will not control your baby's personality - so don't panic!

102.Miriam: It has Hebrew roots and means 'river of bitterness' or 'rebellion'.

104.Lola: Of Spanish and German origin, it means 'sorrow'.