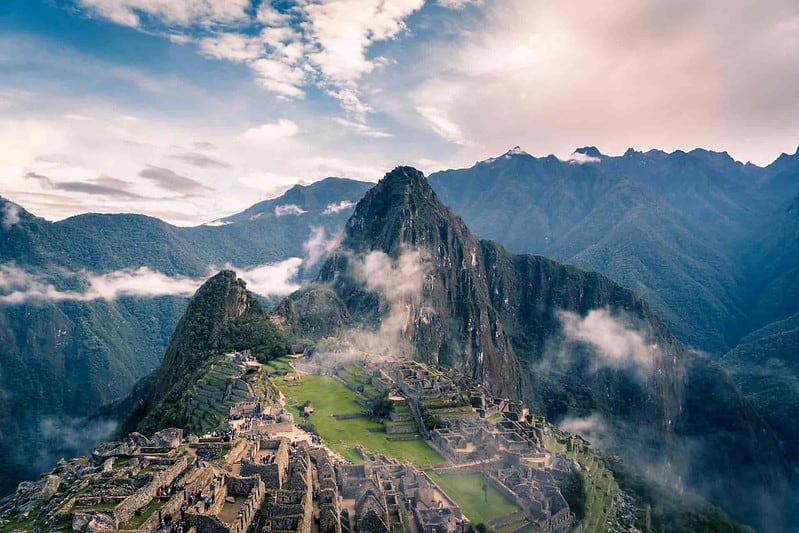 Learning about the culture and diversity of different countries is fun and important for children.

Peru is one of the most culturally diverse places in the world, with an ancient history and fun modern practises there is so much to learn about this amazing place! There is a vast amount of interesting information to cover on Peru.

From the incredible man-made Machu Picchu to the diverse natural landscape and traditional food, we've boiled it down to 29 fun facts about Peru for you and your children to discover.

Here are some quick general knowledge fun facts about Peru so you can get to know the basic information about this wonderful country.

2) Peru is the third-largest country in South America, coming in after Brazil and Argentina. It measures at 1,285,216 square kilometres.

3) There are three official languages of Peru: Spanish, Quechua and Amaya. It is also believed that the indigenous tribes living in the Amazon jungle speak about 13 different languages between them.

4) The money used in Peru is called Sol. One sol is equal to 0.22 pound sterling.

Believed to have been built in the 1400s, this new wonder of the world has an extremely rich history and a great cultural connection to Peru. Here are six fun facts about the iconic Machu Picchu.

5) Machu Picchu is one of the only Inca towns that survived the pillaging of the Spanish conquerors. It is nicknamed "The Lost City of the Incas" because it is thought that the Spanish never even set foot on its grounds.

6) It is believed that the Inca civilisation did not have any wheels. This means that all the stone used to build this mountaintop city was either hauled to the summit by hand or chiselled out of the mountain itself.

7) Machu Picchu sits on top of two fault lines and experiences frequent earthquakes. However, the combination of its intelligent design and sturdy materials means that it has survived thousands of years worth of earthquakes without a scratch.

8) The Incas created roads throughout the entire Empire that lead to Machu Picchu. This transport system included paths, bridges, and mountain trails. Combined these roads stretch over 18,000 miles all over Peru.

9) There are over 150 buildings at this ancient site. These range from temples to bathhouses. One of the most impressive architectural features of Machu Picchu is the staircase with 100 steps that have been carved out of a single piece of stone.

10) In the Quechua language, Machu Picchu translates to English as "Old Peak" or "Old Mountain".

The history and culture surrounding the native people of Peru is absolutely fascinating. They had their own religion, customs and inventions that are studied by archaeologists and historians all over the world today. Here are five fun facts about the Inca civilisation and their lifestyles.

11) The Incas were polytheistic, meaning they believed in many gods. One example of an Inca God would be Pachacamac, who they believed created humans, vegetation and oversaw the harvests. The Incas would often give offerings and sacrifices, including animal and human sacrifice, in order to please the gods and bring blessings upon their communities.

12) There are many similarities between the Inca religion and Christianity. Before the Spanish conquered Peru and introduced Christianity the Incas already had their own concept of Heaven and Hell and lived by rules which are quite similar to the Ten Commandments.

13) The Incas would mummify their dead and place them in graves standing upright with gifts to take with them to the afterlife.

14) The Inca civilisation did not have a writing system, instead, they would communicate and create records with a system called "quipu". This system entailed of tying different kinds of knots on pieces of string. The number of knots, the kind of knot and the colour of the string were all factors in communicating the information. This system is still used by Peruvian people today, mainly by farmers and shepherds to count their livestock.

15) Women were relatively well respected in the Inca civilisation. Although they were usually expected to fulfil a domestic role they could also have jobs as priestesses and government officials. Children were meant to follow in their parents' footsteps and do the same job as them.

Peru is home to some of the most diverse ecosystems and animal species in all of South America. Here are some fun facts about Peru's wildlife and the amazing creatures you can find there.

16) Peru has the worlds highest sand dune. The Cerro Blanco sand dune in the Sechura Desert measures 3,860 from top to bottom, that's over 1 kilometre deep! A popular activity is to hike all the way to the summit and use a sand-board to slide your way back down to the bottom.

17) Measuring 11,436 feet (that's 3.5 kilometres) above sea level, Lake Titicaca in Peru is the highest lake in the world. Fun Fact: An explorer named Jaques Cousteau discovered the ruins of an ancient city deep down into Lake Titicaca.

19) Peru is home to the largest flying bird on earth, the Giant Andean Condor. With an impressive wingspan of 10 feet across it is a wonder of nature that these huge birds can still be airborne, their average weight comes up to around 30 pounds.

20) The deepest canyon in the world is found in Peru. Cotahuasi Canyon is nearly 10,605 feet (3.2 kilometres) deep, that's almost twice the depth of the Grand Canyon in Arizona!

21) There are about 10 million alpacas in the whole world. Three quarters of them call Peru their home.

22) You can climb a rainbow mountain in Peru. The bright multicoloured layers of this peak are caused by weathering and the various kinds of rock found in the Peruvian landscape.

23) The tallest flower in the world grows in Peru. The Puya raimondii plant is fascinating, only found in the elevated peaks of the Andes, this flower can grow up to five metres tall and takes around 80-150 years to bloom!

Like any other culture in the world, food is at the heart of community and daily life in Peru. Here are five facts about the delicious dishes you can find and enjoy in Peru.

24) Peru's national drink is the Pisco Sour. The traditional alcohol pisco is made from grapes and the drink is said to have originated in the 1920s.

25) The dish that Peru is most famous for is called ceviche, a simple meal of raw fish marinated in the juice of a lemon or lime.

26) Guinea pig is a traditional Peruvian dish. It is considered a delicacy and you will often catch people at festivals eating guinea pig that has been deep fried or grilled.

27) Peru produces one of the most expensive cups of coffee in the world! In order to make this special brew, coffee beans are fed and then picked out of the excrement of a monkey-type mammal called a coati. A cup of this coffee will cost anywhere between $20-$65, people who drink it have a very expensive taste.

28) Peru is home to the special Camu-Camu fruit. Growing in the Amazon Rainforest, these berries have one of the highest levels of vitamin C found in nature. They are so sour that it is rare to see them eaten raw, more commonly they are crushed and sold as a powder that has many health benefits.

29) The potato was originally cultivated in Peru, over 3,000 variations of the delicious vegetable are grown across the land.