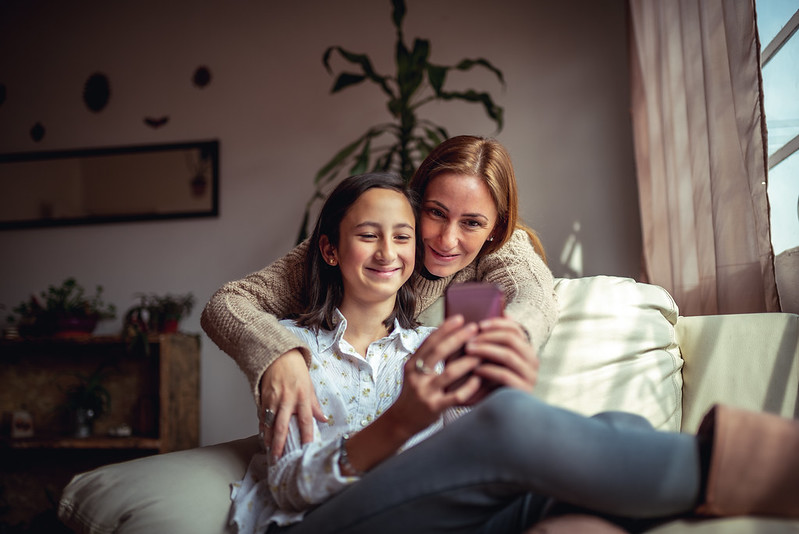 BBC Sounds is a brilliant resource for teens, with vast amounts of content, teens can find whatever they want on this website, whether they're looking for comedy, music, sports or drama.

We have found some of the best radio shows, podcasts, series and media that are available on the BBC Sounds website and app - though there is plenty more to be discovered. BBC Sounds is easy to use for children and teenagers, so kids can quickly find new media to listen to, learn from and enjoy.

Get your kids to download the BBC Sounds app, so it's available to use when they're on their phones - and once your teen has been introduced to BBC Sounds, they are sure to discover plenty more content to keep them entertained and occupied in lockdown - and beyond...

The Best BBC Podcasts for Teens

You're Dead to Me

Greg Jenner, from Horrible Histories, hosts a history podcast with a difference - 'You're Dead To Me' is funny and informative, and the podcast is the perfect way for teens to learn more about important events and historical characters. Every episode, Greg is joined by an expert to teach a guest comedian about a single topic from throughout history - with episodes on everything from the history of chocolate to the Neanderthals, Blackbeard the Pirate and the history of Football.

Jenner has also made a new podcast for children to listen to - Homeschool History. This new show is full of facts and jokes that kids of any age will like, and each episode is only 15 minutes long, making it fun and easy for kids to learn more about history whilst they are in lockdown.

More suited to older teenagers, or kids that are particularly fascinated by how things work and why things are the way they are. Now on its 21st series, the Infinite Monkey Cage is an informal discussion between the two hosts - scientist, Brian Cox and comedian, Robin Ince - and there is a huge back catalogue of episodes to listen to. Kids can choose to listen to the episodes they are most interested in - with the show covering topics like the science of laughter, conspiracy theories, the human voice, coral reefs, dinosaurs and big data.

30 Animals That Made Us Smarter

This podcast looks at all of the incredible lessons that we have learned from the animal kingdom. Each episode looks at just one animal, explaining how it inspired something in the human world - episodes include how the spider has influenced remote sensing technology; how ants inspired human networks; and how dolphins helped humans to build tsunami detectors. Each episode is around 15 minutes, and the series is a great way to learn about both the animal kingdom and the human world - understanding how biology, nature and technology work together.

Not typically associated with teens, but the Desert Island Discs podcast has the full archive of shows to choose from, meaning that teens can find the episodes - and interviewees - that they are really interested in. Harry Potter actor, Daniel Radcliffe has been interviewed, as well as Dr Who himself, Matt Smith - as well as many, many more, including David Beckham, Jack Whitehall, Ed Sheeran, Stella McCartney. Whatever your teen is interested in, there are sure to be a handful of episodes that will catch their attention, and the podcast episodes are shorter than the radio show because they only play a short clip of each of the 8 'discs'.

A brand new pop-culture podcast by comedian James Acaster, who talks with comedians about his favourite songs and albums of 2016. A great choice for teens that love music, comedy and pop-culture - the first episode is about Beyonce's 'Lemonade', and the series will continue with more podcasts about the best songs of 2016.

Hosted by footballer Peter Crouch, this podcast is his guide to becoming a professional footballer. Perfect for football fans - and fans of Peter Crouch - each episode is a fun, informal chat between Crouch and his co-hosts, Tom Fordyce and Chris Stark, as well as a line up of other guests and footballers.

The BBC Sounds app and website have so much to listen to - including radio shows, mixes and live recordings. Kids can discover the latest songs and the best new musicians - or they can delve into the archives, finding songs, mixes and albums that they like from the past.

Mixes have been divided into categories, so teens can choose music to suit their mood or their activities: 'Music to Chill to' has some great mixes that are perfect for winding down; 'Music to Focus to' has lots of mixes that have been designed for peak concentration; and 'Pace Setter' is a 2-hour mix that has been made as the soundtrack to your at-home workouts.

BBC Sounds have a huge archive of Live Lounge shows that are the perfect way to spend an afternoon. Teens will love watching and listening to their favourite artists, and there is something for everyone - with musicians including Lizzo, Lauv, Stormzy, Niall Horan and Camila Cabello.

Drama, Comedy and Entertainment for Teens

The BBC has some of the best fun radio teens are guaranteed to enjoy. With a huge selection of new shows and old classics, BBC sounds is a great place to get hours of entertainment all in one place.

The Hitchhiker's Guide to the Galaxy

BBC Sounds presents a fun, audiobook version of Douglas Adams' science-fiction comedy, which is perfect for children and sci-fi enthusiasts to listen to. The radio version of this well-loved book has been split into four parts, each 30 minutes long - but like all podcasts, kids can pause the episode and come back to it whenever they like.

Learn about the rise and fall of a 'Fake Heiress' in this entertaining six-part drama. This binge-worthy show investigates the story of Anna Delvey - and it is perfect for teenagers who enjoy true-crime shows and stories that dramatically unfold.

Read All About It! 11 Ways Kids Can Create Their Own Magazine
Top 50 Books For Year Three Kids (Aged 7-8)
45 Favourite Books For Reception Kids (Aged 4-5)
13 Best Family-Friendly Things To Do In Rotherham
Give Yourself A Lockdown Break With These
The Best Peanut Butter Flapjack Recipe
Create Your Own Fun Sofa Cinema For Your Next Family Film Night
50 Old-Fashioned Life Skills To Teach Your Kids And Teens
Explore Kidadl

The Best Tiffin Recipe For Kids

35 Egg Puns To Crack You Up