25+ Best Dubai Facts For Kids That Will Amaze You 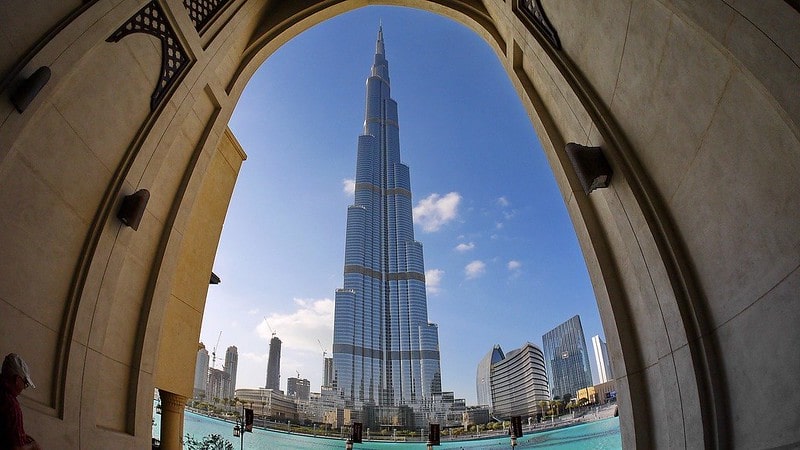 Dubai is a phenomenal place known for its ultra-contemporary architecture (including the tallest building in the world) and its luxury shopping.

A wealthy and commercial hub, the United Arab Emirates gained independence from Great Britain in 1971. Dubai is the most heavily populated city in the country.

Where is Dubai? What is the city's culture, history and geography like? Why is it so popular? Check out these fun facts about Dubai to learn more about this fascinating city.

Dubai is the most populated city in the United Arab Emirates and the capital of the Emirate of Dubai. It's a small city of artificial islands in the Middle East. It is often compared to Singapore and Hong Kong, other small but powerful and prosperous parts of the world. Check out facts about Dubai and its geography here.

1.The other Emirates of UAE are Abu Dhabi, Sharjah, Fujairah, Ajman, Ras Al Khaimah and Umm Al Quwain. Each Emirate has its own king, known as a Sheikh.

3.Arabic is the main language of Dubai. Other common languages are Hindi, Farsi, Tamil and Mandarin. There are lots of people from all over the world living in Dubai, ex-pats actually make up 71 per cent of the population of Dubai.

4.Islam is the official religion of Dubai. Hinduism is also popular in Dubai, eight per cent of the population is Hindu and five per cent is Christian.

5.Dubai covers 4,110 square kilometres (1,588 square miles). It only takes an hour to drive around the length of Dubai.  Sounds like that makes for an easy commute to work, wherever you live!

6.Dubai is extremely hot and has a tropical climate. It is surrounded by lots of desert land, where all sorts of interesting creatures live. On hot days, the temperature in Dubai averages at 42 degrees Celsius and in winter it is 25 degrees Celsius. The city only receives an average of 3.7 inches of rainfall a year. Because of this, most of Dubai's drinking water is taken from the sea. It has to be desalinated (removing the salt from the seawater) before it is clean and drinkable.

Dubai has an interesting history as it has risen to prominence in such a short space of time. The city's prosperity can mostly be attributed to its wealth of natural oil resources. This benefits the population by helping to make Dubai a major player in the United Arab Emirates. Check out facts about Dubai and its history here.

7.Dubai was established in the early nineteenth century but was a dependent of Abu Dhabi until 1833. By the turn of the twentieth century, it was well known and prospering in exports and imports. It's only in recent years that streets in Dubai were given names. Before this, people would direct you through landmarks.

8.Oil was discovered in Dubai in 1966 and the money this generated was used to massively advance the infrastructure of the city.  It's from here, and in the '80s and '90s subsequently, that Dubai has gained prominence. It's become the global business hub of the Middle East and is now known for its high skyscrapers and stunning skyline.

9.The national animal of Dubai is the Arabian Oryx. This is an elegant creature that is a type of Antelope with long pointy horns, native to the desert. It is classified as endangered and was only reintroduced into the wild in the '80s after nearly going extinct.

10.This is one of the more surprising facts about Dubai: there were only 13 cars in the city in 1968. Now there are over a million vehicles, along with a famous shopping mall, the world's tallest building, the Burj Khalifa, and the famous hotel Burj al Arab.

Dubai's culture is a beautiful blend of traditional and modern. This makes it a really interesting place to learn about. Check out these facts about Dubai and its society here.

11.If you visit Dubai, expect to try delicious food from all around the world. Given its location, it's food is a melting pot of West Asian flavours, Middle Eastern dishes and Mediterranean influences too. Shawarma is the most popular dish, this is similar to kebab or Cypriot souvlaki, you can have it in a pitta with salad...yum!

12.The official currency used is the UAE Dirham (AED), this is the same currency that is used throughout the UAE.

13.Dubai is one of the safest parts of the world as it has an extremely low crime rate. This is partly because there are very strict rules and laws in place, with harsh punishments for even very minor offences.

14.A visit to the Dubai Opera is popular among residents, who often go to see performances. The city is vibrant and has a year-round schedule, so if you ever go, there'll always be a show for you to go see. This makes Dubai a vibrant city.

15.Another world record that Dubai breaks is for flowers. The world's largest flower garden is found in Dubai, it is called Miracle Garden. As Dubai breaks so many world records, The Guinness Book of Records actually set up an office in Dubai just to keep track of them. Don't forget the famous Burj Khalifa in Dubai is the tallest building in the world!

16.Dubai revels in both horse and camel racing. Camel racing is a popular Arabian tradition, it is one of Dubai's oldest sports. Today, instead of jockeys, small robots ride the camels as they are more lightweight, meaning the camels can (in theory) run faster.

17.In Dubai lots of people have exciting pets such as cheetahs or even lions. But, the government is trying to phase out this practice so dogs and cats are becoming more common.

Wow! We have seen some crazy Dubai facts already. Dubai is a lavish and modern luxury destination. It offers some of the best luxury hotels, restaurants and shopping experiences in the world, all centred around the world's tallest building. Check out these facts about Dubai and the things that is it best known for.

18.An average of 14 million tourists visit Dubai each year. These facts about Dubai have shown us exactly why it is so popular!

19.Dubai has the longest automated train network in the world, stretching over 76 kilometres. Trains in Dubai are some of the most advanced in the world, with plans in the pipeline to make a train that will cut the travel time from Dubai to Abu Dhabi from one hour and 30 minutes to just 20 minutes! There are also plans to build an underwater train to Qatar from Dubai.

20.Dubai is home to the only seven star hotel in the world. This hotel is called the Burj al Arab, it prides itself on its luxury and opulence. With prices for a night at the Burj al Arab starting at 1000 Euros, we'd better get saving!

21.Dubai is also home to the world's largest building and biggest shopping mall, The Dubai Mall. It has over 1200 shops, an ice-skating rink, a luxury hotel and 120 places to eat amazing food.

22.Dubai boasts another record for the world's fastest roller coaster ride. The winning coaster is called Formula Rossa and it can be found at Ferrari World. Would you be brave enough to ride it?

23.The Burj Khalifa is the tallest building in the entire world and stands at 830 metres tall. That's more than double the Eiffel Tower in Paris.

24.Dubai isn't breaking records for no reason though. In the city, there is a 40-48 hour working week. Workers take a three-hour siesta in the afternoon to get ready for the second half of their shift and avoid the midday heat. On the other hand, Scandinavian countries typically have 35 hour working weeks. Which do you think is better?

25.Dubai is also home to the world's largest fountain, known as the Dubai fountain. Set on the Burj Khalifa lake, with over 6000 illuminated lights, 25 coloured projectors and water that shoots up 150 metres, the fountain creates stunning displays which are accompanied by a range of classical and contemporary Arabic music.

26.The police in Dubai often work in luxury cars, like Ferrari and Lamborghini. Impressive, right?

27.Dubai is home to the Sheikh Saeed Al-Maktoum House, which is where the ruler of Dubai (from 1921-1958) lived. It is an important relic of Arabian architecture, originally built by Sheikh Saeed's father. Inside the museum are exhibits full of photos, coins, documents and letters. We think its a must-visit if you are ever lucky enough to visit Dubai!