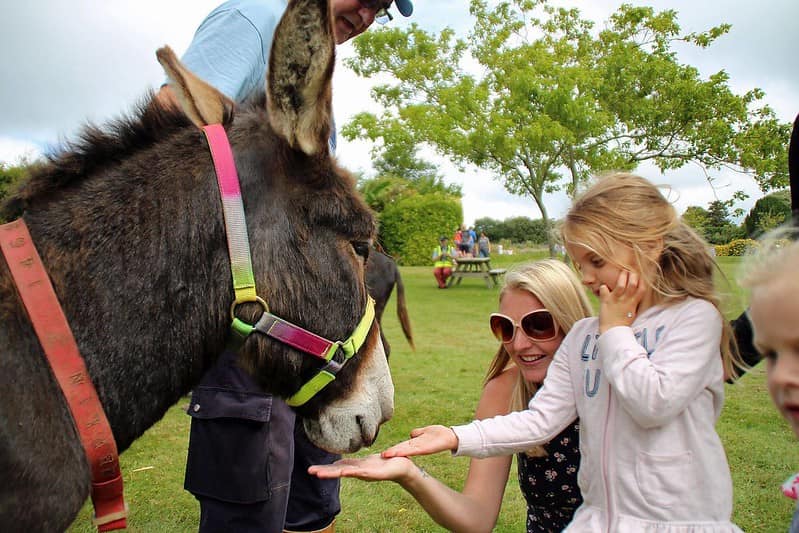 Making great family memories that will last a lifetime isn't just about the trips you take or the places you visit. It's also about spending a bit of quality time together to just have fun. Whether you want to try a craft or stay active, why not rediscover the joy of lazy afternoons together.

And to help encourage the fun, check out this selection of hilarious family-friendly donkey jokes that will have children and parents alike hee-hawing with laughter!

Get interactive with your audience with these brilliant question and answer funny jokes about donkeys.

What's the most difficult key to turn? A donkey!

What game do donkeys play at parties? Pin the tail on the human!

What do donkeys like to watch on TV? Bray Watch!

What has six legs, four eyes, two heads and a tail? A man sitting on a donkey!

When do donkeys have six legs? When they're being ridden!

Why are donkeys, monkeys and turkeys similar? They all have keys!

What do you call a donkey wearing ear muffs? Anything you like, he can’t hear you!

Where do you find a donkey with no legs? Right where you left him!

Why did the donkey cross the road? Because the chicken was on holiday!

What do the donkeys on Blackpool pleasure beach get for lunch? About five minutes!

What do you call a donkey in the Arctic? Lost!

Why didn't the donkey move to the farm on the moon? There was no atmosphere!

Why did the donkey cross the road? Because someone shouted hay!

How long should a donkey's legs be? Long enough to reach the ground!

The whole family will love the play on words with these mule puns.

Which is the coldest animal? I'm not sure. Alaska donkey….

What do you call a donkey with only one leg? A wonkey!

What did the donkey do when he saw a bad driver? HEE-HAWnked his horn!

How does Winnie the Pooh's friend paddle his boat? Eeyores it!

What do you get when you cross a donkey and a zebra? Debra!

What do little donkeys send at Christmas? Mule-tide greetings!

What do you get when you cross a donkey and a motorbike? A Yam-Hee-Haw!

Why did the man buy a donkey? He thought he'd get a kick out of it!

What did the waiter say to the donkey? I can't take your order, that's not my stable!

Why did the donkey eat with its mouth open? Because it had bad stable manners!

Do you prefer a longer donkey joke with a bit more of a story to tell? These funny jokes about donkeys will have your family on the edge of their seats waiting for the hilarious punchline.

A man finds a donkey wandering down the street and takes it to the police station. The policeman says, "Why don't you just take it to the petting farm?" The next day, the man walks down the street with the donkey again. "I thought I told you to take that donkey to the farm," the policeman says. "I did," the man replies. "Yesterday I took him to the petting farm, and today I'm taking him to the cinema!"

Tom: I lost my donkey. Sarah: Why don't you put an advert in the newspaper? Tom: Don't be silly, he can't read!

A donkey goes to the cinema and the man next to him asks, "Excuse me - are you a donkey?” "Why yes, I am," he replies. "What are you doing at this movie?" the man asks. The donkey says, “I really liked the book."

A donkey walks into a bar, and the bartender says, "Hey!" The donkey replies, "Aah, you read my mind!"

A donkey walks into a bar and asks the bartender "Have you seen my little brother?" The bartender replies, "I don't know... what does he look like?"