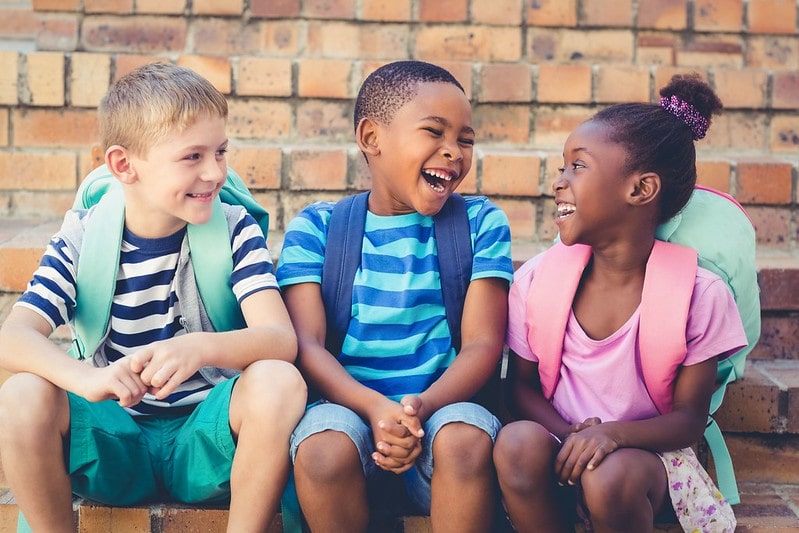 Both children and adults alike will be in stitches as you laugh your way through hilarious cartoon jokes inspired by your fave cartoon pals.

A laugh a day keeps the frown away, and who doesn't enjoy a good giggle and smile? With plenty of fun cartoons on TV, there's no doubt that parents haven't also had their fair share of Horrid Henry episodes and Paw Patrol songs.

With cartoons being super popular amongst little ones and their families, especially in recent times, we thought we'd take it one extra, comedic step further. We've compiled the ultimate list of free, funny cartoon jokes, puns, one liners and more, for both you and your cartoon loving children can have a giggle over! Or, if you fancy having a chuckle with some high-flying members of your family and friends, we've got 57 airplane jokes that are miles ahead, not to mention, continue the fun with our 39 best basketball jokes that are bound to put a smile on anyone who's got a thing for sport!

These knock knock cartoon jokes inspired by your favourite cartoons, funny and laugh-out-loud worthy are bound to put a smile on anyone's face, even those who don't often appreciate a good joke when they see one.

Peppa Pig on someone your own size!

Peppa Pig me up at twelve o’clock please

Oliver sudden Chase and Marshall appeared to save the day!

Safari so good - Dora The Explorer has found her way!

Water you doing with my Krabby Patties!

Perhaps one of the most popular types of joke - the question and answer cartoon funny jokes! Easy to tell and always intrigue and excite, these new and hilarious jokes will have you in stitches.

Why does Mr Bean insist on bringing his Teddy with him everywhere he goes? He says it’s because it’s essential to pack the BEAR necessities.

When Mr Bean’s girlfriend met him for the first ever time, what was the first thing she said to him? Where have you BEAN all my life!

Why won’t Mr Bean head on a trip to Spain this summer? Because he’s BEAN there and done that already!

What does Mr Bean’s Teddy say to him after they’ve both enjoyed a nice dinner? I’m stuffed!

A spy once asked how does Peppa Pig write invisible, secret messages? She uses her very own invisible oink of course.

Every year Peppa Pig and her family partake in which sporting event? The Olympigs of course - our favourite sport is the pignastics!

Who can guess what Rubble from Paw Patrol’s fave pizza topping is? It's simply got to be Pupperoni!

What do you get when you combine Chase and a calculator? A pup that you know you can always count on.

What do Chase, Marshall and Sky like to drink on a hot day to help cool themselves down? Slush puppies always!

What kind of car does Dora the Explorer drive around the jungle? A Ford Fiesta of course!

When Dora the Explorer gets a new torch to go exploring with, what kind of batteries does she use in it? Doracel!

When Dora the Explorer is surfing the web online what can we call her? An Internet Explorer.

What happened to Boots (Dora’s monkey) after they’d been on a long and tiring adventure? He really wasn’t peeling too well.

What made SpongeBob Squarepants blush in front of Patrick? He saw the one and only Bikini Bottom.

Where does Mr Krabs hide his secret stash of money so SpongeBob can’t find it? In the river bank of course.

We simply can't resist a good pun joke and they don't get much better than these cartoon jokes - tell them to your little ones to have them rolling around like Peppa Pig with laughter!

To Mr Bean or not to Mr Bean, that is the question.

Peppa Pig's favourite instrument to play in the school choir is pigcussion!

Don’t forget to give your little ones lots of hogs and kisses from Peppa and her pals!

When you haven't got a Scooby-Doo what date it is in lockdown...