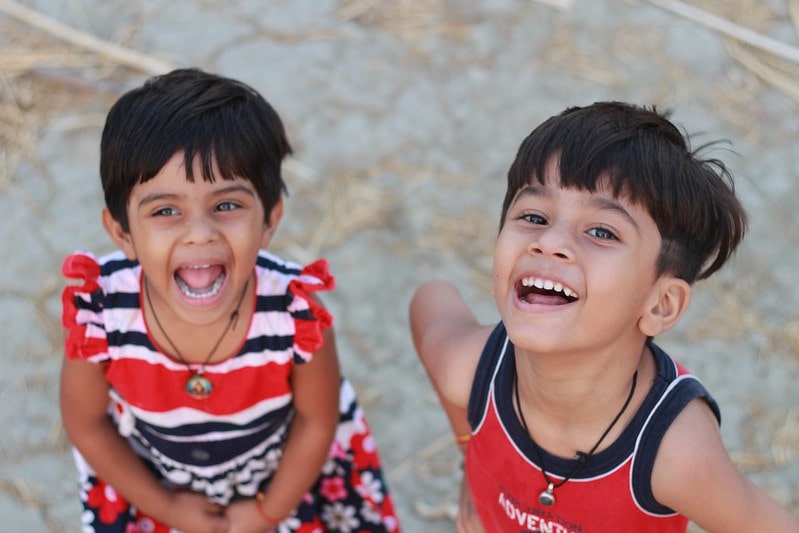 If you thought there weren't many jokes about the brain, you'd be wrong. Just check out these funny brain jokes.

Your brain is made up of two halves: the right hemisphere and the left hemisphere, but scientists aren't sure exactly why our brains like jokes so much. What they do know is that if it's a new joke, we're more likely to laugh than if we've already 'got' the punchline or heard it before. You might think a joke about brain function could be dull, but you would be wrong. Just have a go with the ones below.

See how many laughs you get with these hilarious head-crackers.

What does a brain do when it sees a friend across the street? Gives a brain wave.

What kind of fish performs brain surgery? A neurosturgeon.

What do you get if you cross a thought with a lightbulb? A bright idea.

Which is a brain cell's favourite town? Braintree.

Why are sponges and brains alike? They both like to soak up material.

What do you call a skull without a brain? A no brainer.

Why do brains put candy under their pillows? So they can have sweet dreams.

What did the doctor say to the man with an elephant sitting on his head? It looks like you have a lot on your mind.

Why didn't the brain want to take a bath? It didn't want to be brainwashed.

When does it rain brains? During a brain storm.

What do you call a hat for a brain? A thinking cap.

Why can't a brain be 12 inches long? Because then it would be a foot.

How do you turn a brain into water? Remove the 'b'.

Why did the brain go running? It wanted to jog its memory.

When does a brain get afraid? When it loses its nerve.

How do you turn a fruit into a vegetable? By giving it severe brain damage.

What do you call a bee trying to make up its mind? A may-bee.

What did the zombie say when his son wouldn't finish his dinner? A mind is a terrible thing to waste.

Could you make up some new one liners? Read ours and then have a go.

I told the doctor I didn't want brain surgery, but he changed my mind.

I finally figured out what's wrong with my brain: on the left side, nothing's right, and on the right side nothing's left.

I'm considering becoming a mind reader. What are your thoughts?

You need to know your audience will support you while you tell a story joke, but they're worth it.

The patient says to the doctor, "Doctor, will I be able to play the violin after my brain surgery?"

"Yes, of course," says the doctor.

"That's amazing," says the patient, "because I can't play the violin now."

One night in a pub, a man says to another man: "My friend came off his motorbike today."

"He has slight brain damage, two broken arms and is completely blind in one eye," says the first man.

"No wonder he came off then," says the second.

There are three friends: Shutup, Mind and Trouble. One day, Shutup and Mind can't find Trouble, so they decide to go to the police station to report him missing. Mind sits outside on a bench while Shutup goes inside.

"I'd like to report a missing person," says Shutup.

"Are you looking for trouble?" says the policeman.

"Have you lost your mind?!" asks the policeman.

Puns about brains take a little more thought. We found this funny one. Now see what you can think up!

Never argue with a fictional character. Their minds are completely made up.