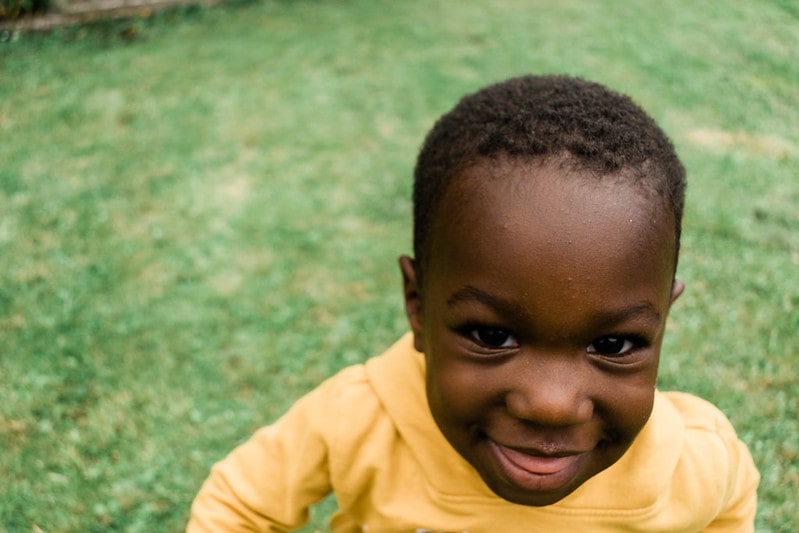 Baby names ending in -son are increasingly popular with parents, so we've written a list of our top 50 favourites to help you out.

Most -son names have their origin in Old English patronymics: names meaning "son of". This makes them a great choice for naming a boy after a family member, so if you're after a male name that invokes dad, grandpa or any relative, but don't want to use exactly the same name, read on.

From popular English-origin favourites like Jason and Mason to more unique baby boy names ending in -son, if you've decided to choose a name for your baby boy by its ending rather than its first letter, we've got something on this list for you.

These -son names are popular classics for a reason, and make a great choice for any baby boy.

3.Hudson: Meaning son of Hudd or son of Hugh, this English name also belongs to a river in the USA.

4.Mason: An Old English name which means stoneworker, this is one of the most popular -son names.

8.Eson: A Greek name, this is a variant of Aeson, the father of Jason in Classical mythology.

9.Elson: An Old English-origin name, this means either son of Ellis or from the old town.

10.Ibson: Meaning son of Ib, this name is of Danish origin.

11.Maxon: A variant form of names beginning Max, or of Jaxon, this English-origin name's meaning depends on where it comes from.

These are unusual for names ending in -son. unlike English -son names, they aren't patronymics, but still make great choices if you like the -son ending.

17.Judson: It sounds like a variant of Hudson, but this one is really a Greek name that means praised.

18.Kason: Recently gains popularity as a variant of Jason, this Italian and Scandinavian name means pure.

19.Sason: Another Hebrew -son name, it means bringer of joy.

21.Tucson: Meaning the spring below the black mountain, this name is of Native American origin.

These long and elegant English-origin names ending in -son will top any parent's list.

23.Anderson (English): son of Andrew, or son of Anders.

24.Clarkson (English): son of the clerk.

Whether unusual or well-known, all these -son names top the charts for being inspired by famous people from inventors to race car drivers.

33.Emerson: From the German son of Emery, this will be a top choice for fans of Ralph Waldo Emerson.

34.Harrison: A popular choice with fans of Harrison Ford, this boy name means son of Harry.

35.Jenson: From Scandinavian origin, it means son of Jens. Fans of car racing will find this a top choice as it belongs to race driver Jenson Button.

36.Morrison: Take some inspiration from songwriter Van Morrison with this -son name that means son of Morris.

37.Tennyson: Of mediaeval English origin, this book name means son of Dennis or son of Tenny, and belonged to the poet Alfred, Lord Tennyson.

38.Tyson: A popular choice with boxing fans for its association with both Mike Tyson and Tyson Fury, as well as a variant of Tyler.

39.Watson: This English-origin boy name makes a great choice for fans of Emma Watson as well as the Sherlock Holmes franchise, and means son of Walter.

These names have been top choices with parents in recent years, and while some have been at the top of the baby name charts for quite a while, others are still a little more unusual.

40.Benson: son of Benjamin, Benedict or Bennett. This English-origin name has been a popular alternative to Benjamin in recent years.

41.Branson: son of Bran. A Welsh and English name and a popular choice for parents looking for variants on Brandon.

42.Bryson: son of Bryce. A strong English-origin name for a little boy.

43.Carson: son of Carr. A strong choice for any baby boy, this one has been at the top of many parents' lists in the last few years.

44.Colson: son of Nicholas. An English-origin name with a pleasing sound and a great name for a little boy.

45.Gibson: son of Gilbert. A Scottish origin name, this will be a top choice for guitar fans.

46.Larson: son of Lars. A Scandinavian-origin name with a contemporary sound.

47.Rawson: son of Ralf. A strong English and Scandinavian name for a little boy.

48.Ronson: son of Ron. Like Bryson and Benson above, this has been a popular boy name choice with parents recently.

49.Tilson: son of Matilda. A rare feminine-inspired English -son name, this could be as good for fans fo the Roald Dahl novel as people looking for namesakes.

50.Wilson: William's son. An English-origin boy name to honour any Williams in the family.