60 Beach Jokes That Shore-ly Will Make You Laugh 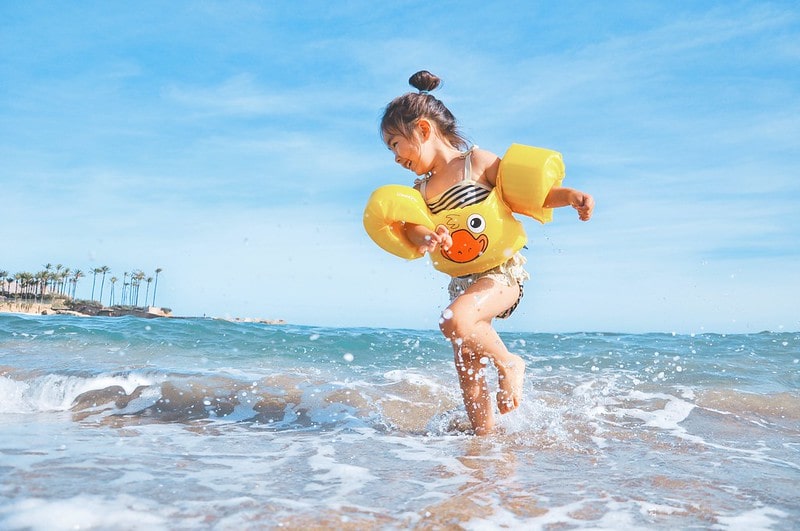 A major highlight of every summer is spending some time by the beach, these one liners will get you rolling around in the sand with laughter.

Water you doing reading this? There's jokes to be told!

Here are some of the funniest beach related one liners to dive right into.

2) What did the parasol say to the beach towel? I've got you covered!

3) What is the best thing to eat on the beach? A sandwich.

4) What did the shovel say to his friend on the beach? Are you okay? You're looking a bit pail.

5) What's the most common insect found on the beach? A beach buggy!

6) What do you say when the beach asks you to walk on it? Shore!

7) What did the pig say when it was lying on the sand? I'm bacon.

8) What's the best day of the week to go to the beach? Sunday.

9) What do you call a French man who wears sandals? Phillipe Phloppe.

10) What do you call a labrador on the beach in the summer? A hot dog.

These one-liners deserve a sand-ing ovation!

11) What would you find on a haunted beach? A sand-witch!

12) Why is the sand under the dock so resistant? It doesn't give into pier pressure.

13) Did you hear about the martial artists that fought on the beach? They were practising sand to sand combat.

14) What did one sand dune say to the other? I will never desert you!

15) Why can you never get hungry on the beach? Because of all the sand which is there!

16) Did you hear about the race between the sand and the sea? They tied.

17) How do beaches greet each other? With a sandshake.

18) How much does it cost to spend a day at the beach? Just a few sand dollars.

19) What do you call a beach party that gets out of hand? Sandemonium!

20) All I got for my birthday was sand. I appreciate the sediment but...

Get ready for some vitamin sea! Here's ten of the best ocean puns under the sea.

21) What did the beach say to the tide when it came in? Long time no sea!

22) What did the ocean say to the lifeguard? Nothing, it just waved.

23) Why did the octopus cross the ocean? To get to the other tide.

24) How do you make an octopus laugh? You give it ten tickles!

25) Why did the jellyfish blush? Because the sea weed.

26) What did one rock pool say to the other? Show me your mussels.

27) What lies at the bottom of the ocean and twitches? A nervous wreck.

28) What kind of hair does the ocean have? Wavy.

29) What do you get when you throw an oven into the ocean? A heat wave!

30) What does seaweed say when it gets stuck at the bottom of the ocean? Kelp me!

Prepare to have a whale of a time with 10 of our favourite fish jokes!

31) Where do sharks go on holiday? Finland!

32) What part of a fish is the heaviest? The scales!

33) What's the difference between a piano and a fish? You can tune a piano, but you can't tuna fish!

34) Why don't oysters share their pearls? Because they're shellfish!

35) What's the most popular TV show under the sea? Whale of fortune!

36) What did the magician say to the fisherman? Pick a cod, any cod!

37) What is a sea monster's favourite meal? Fish and ships!

38) Why were the police called to the beach? Because something fishy was going on....

39) Which sea creature is the most famous of them all? The star fish!

40) Which fish is the richest of them all? The goldfish!

These mermaid one liners may just make your day!

41) What does a mermaid use to call her friends? A shellphone!

42) What did Cinderella wear when she went diving? Glass slippers!

43) What did the mermaid say to her friends after they hung out? Sea you later!

44) Where do mermaids go to watch movies? At the dive-in!

45) Who keeps the ocean clean? A mermaid.

46) What did Prince Eric say to Ariel? We were mermaid for each other!

47) Why do drones take so many pictures of mermaids? They're Ariel photographers!

48) What is the name of the most famous mermaid rock band? A-sea D-sea!

49) What utensils do mermaids use? Their fish fingers!

50) Why do mermaids live in salt water? Because pepper makes them sneeze!

These scuba jokes are to dive for!

51) Why did the stingray talk to the scuba diver? He wanted to have a manta-man talk!

52) Why do scuba divers fall backwards into the water? If they fell forwards they'd still be on the boat!

53) Being a diving instructor means you have to teach people to hold their breath underwater without scuba gear. It's a tankless job!

54) Where do scuba divers go to relax after work? The dive bar!

55) I saw the scuba diving shop was closed. I guess it went under!

56) Why did the scuba diver have such bad grades? He was always below a C.

57) What did the scuba diver use to cut seaweed? A sea-saw!

58) What do you call a Great Dane that wears a snorkel? Scuba-Doo!

59) One day the scuba diver noticed he heard beautiful singing underwater. It was coming from a choral reef!

60) Who was the first scuba diver spy? James Pond!