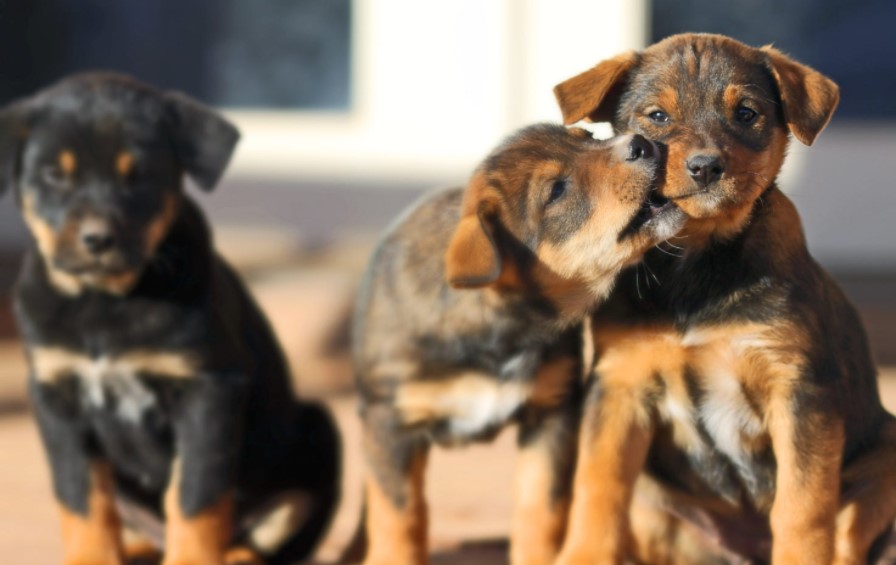 We all know that dogs have strong personalities.

Well strong dogs need strong names, right? To help you pick the perfect name for you strong-willed pooch, we have  compiled a list of the best badass canine dog names, just for you!

These tough dog names will  make them stand out in the pooch park. With a wide variety of names on the list, these dog names are suitable for all kinds of breeds. No matter if you have a Rottweiler or a Pomeranian, a Shih Tzu or a German Shepherd, these strong, badass and tough dog names will match their strong personality and presence in your life. From Athena, Siren and Harley to Beast, Hannibal and Thor, here are 100 handpicked tough dog names that will suit your dog right down to the ground.

For more dog names ideas, take a look at these big dog names and these country dog names.

If you are looking for strong dog names for your girl dog, then have a look at this names list, full of tough dog names that will suit your tough dog. We hope you can find the perfect name of your girl dog here!

1. Aella (Greek origin) it is the name of an Amazon fighter.

2. Aife (Celtic origin) it is also the name of a Celtic warrior princess.

3. Arma (Romanian origin) It is the name of the strongest weapon found in Romania.

4. Athena (Green origin) was the name of a Greek war goddess.

5. Banshee (Irish origin) In the Irish culture, a banshee is a soul eater and makes a horrendous howling, just like the loud bark of your badass dog.

6. Barda A new God from DC Comics, Big Barda was extraordinary in battle and strong. This would be a unique name for a tough dog.

8. Cammi (French origin) means "hero." It is a cool name for a badass dog.

9. Circe (Greek origin) was a witch in the Greek Lore. She is one of the strongest characters in the poem 'The Odyssey'.

10. Cora (Greek origin) In Greek mythology, Cora is the goddess of the spring.

13. Elexis (Greek origin) It means "the one who will protect or safeguard humanity".

15. Enyo (Greek Mythology) the goddess of battle was called Enyo. She spent time with Ares, the war God.

18. Gabi (Aramaic origin) means "hero of God." It is also a short form for Gabriela.

21. Hera (Greek origin) She is the head Goddess. She is also the wife of Zeus.

22. Hilda originates from the Norse word, Hild, which means "fight."

24. Jinx (Latin origin) means "anyone or anything that may bring misfortune". We think you will find that this is one of the best names for the most mischievous dogs.

26. Katana (Japanese origin) means "sword". She is also a legend from DC Comics.

30. Mercy (English origin) a popular dog name that means "to show absolution to even those who do not deserve it". This is one of the strongest female dog names that you will find.

31. Morana (Slavic origin) the Goddess of death was called Morana.

33. Nyx (Greek origin) the name of the goddess of night.

36. Quinn (Irish origin) a popular badass DC character. She was once the Joker's sweetheart.

37. Rouge (French origin) One of the roughest characters in the 'X-Men' movies. It also means "exploitative" and "someone who works outside authority".

39. Siren (Greek mythology) it is a name describing "someone who will raise an alarm".

41. Thana (Greek origin) it is the female version of the Greek god Thanatos, which also means "demise."

47. Widow, this name originates from the insane insect called a Black Widow. It is also a tough Avenger name from the Marvel Universe.

49. Zelda (Yiddish origin) means "one who fights in the dark battle for light".

50. Zelma (German origin) means "divine head protector." Can you hear yourself shouting this from the patio calling out your tough dog?

Browse through our tough dog names list to find the perfect moniker for your male dogs.

51. Agro (Celtic origin) means "to fight or butcher". It's one of the best tough dog names.

52. Ajax (Greek origin) during the Trojan War, Ajax was one of the strongest fighters.

53. Aldo (Italian origin) means "little blade". This is a strong name for a male dog.

55. Ares (Greek origin) One of the toughest Greek Gods.

56. Badge, a badge is a form of identification or an image of power that people bear.

57. Bane (Slavic origin) means "defender". It's one of the best boy names for dogs.

58. Beast (Anglo-Saxon origin) means "a creature that humans fear", a tough name for a boy dog.

59. Boss (Dutch origin) means "an individual who guides you".

60. Cane (Italian origin) means "canine". It's one of the best manly dog names.

65. Eagle (English origin) it is a strong and huge predatory bird. Also the name of the Lunar module of the Apollo 11 spacecraft.

66. Falcon, a swift and strong predatory bird. It's one of the most popular names for dogs.

67. Fang (Chinese origin)  means "pointed teeth for tearing tissue and skin". In the 'Harry Potter' movies, it is the name of Hagrid's pooch.

68. Fireball, means "a ball made of fire". A strong name for fiery dogs.

70. Gator, this name is a variety of crocodiles.

71. General, it means "the head". It's a common but a great name, nevertheless.

72. Hades (Greek origin) the name of the God of the hidden world.

73. Hannibal (Greek origin) he was the military chief during the Roman Period.

74. Hawk, a bird of prey and a strong and manly dog moniker for your boy.

75. Heller (German origin) means "somebody who can create an uproar".

76. Helmer (German/Dutch origin) means "the fierceness of a fighter".

78. Jaws, one of those tough names that has several meanings. This is also the name of a popular movie.

79. Kevlar, a highly resistant and tensile fabric used to design shot vests. It's a unique name for strong dog breeds.

80. Kodiak, the name of a breed of predatory bears that lives in Alaska.

81. Lancer (Greek origin) means "fighter who is the first defender in the War".

84. Mogul (Turkish origin) it's a title meaning "someone who has the power".

86. Omega (Greek origin) means "the one and only". Finding strong male dog names can be difficult, so why not give your tough dog a name like this one that signifies his importance in your life?

92. Search (English origin) means "to look for something".

93. Slash, this name means "cutting or slicing something with a wide movement". It is a tough dog name for a male dog.

94. Stark (Scottish origin) means "firm and unyielding". It is the perfect name for rebels, just like Tony Stark from 'Iron Man' and the Stark family from 'Game Of Thrones'.

95. Talon (English origin) means "the huge hook on the foot of a flying creature of prey".

96. Tracker (English origin) this cute but strong name is one of the most popular male dog names.

97. Vulcan (Roman origin) the name of Vulcan the God of fire.

98. Ward (English origin) means "gatekeeper" or "guard", which is a great male dog name for your little monster.

99. Zeus (Greek origin) Zeus is the most famous Greek God.

100. Zod, this name of one of Superman's arch-nemesis is General Zod.  This is one of the best tough names you can find for your pup.

101. Thor (Greek origin) this is the name of the God of thunder and lightning. Thor is a popular character in Greek mythology and has been portrayed in Marvel movies as a great God. 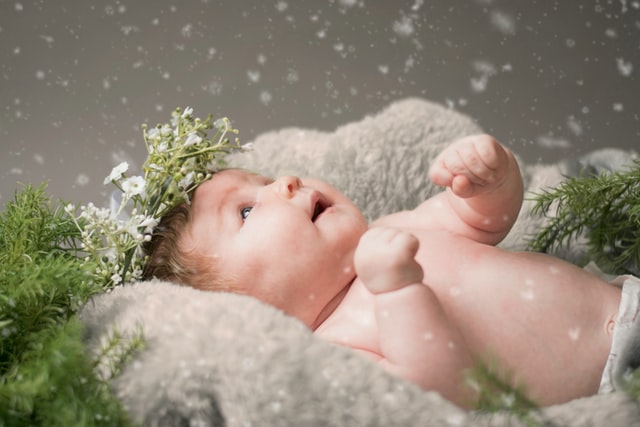 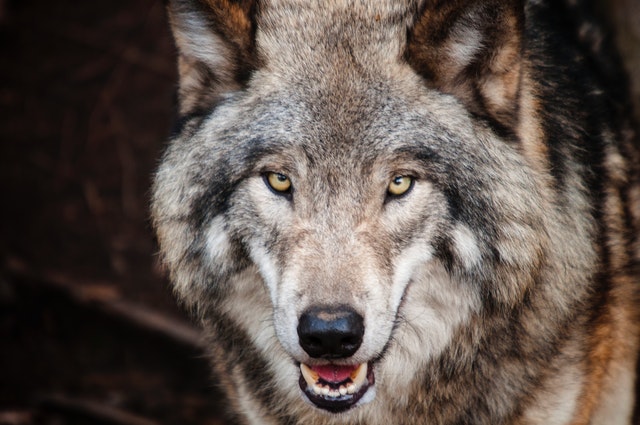 100+ Badass Wolf Names With Meanings To Inspire You 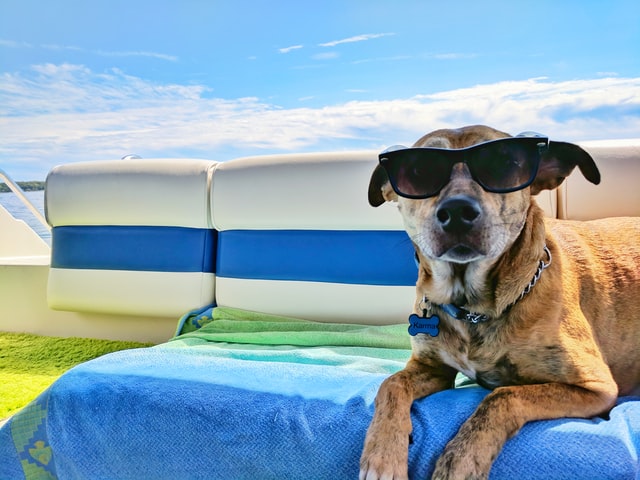 50+ Badass Dog Names For Your Puppy 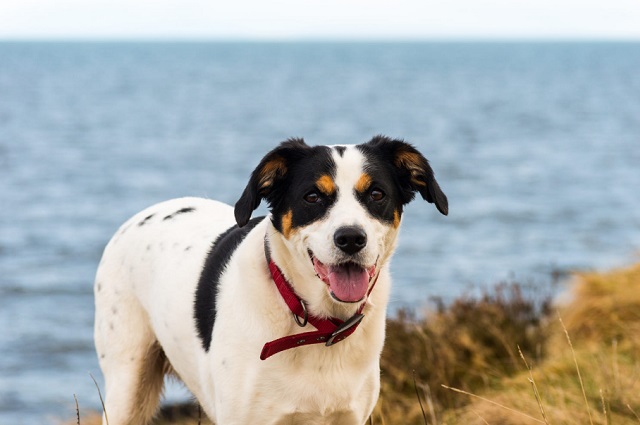