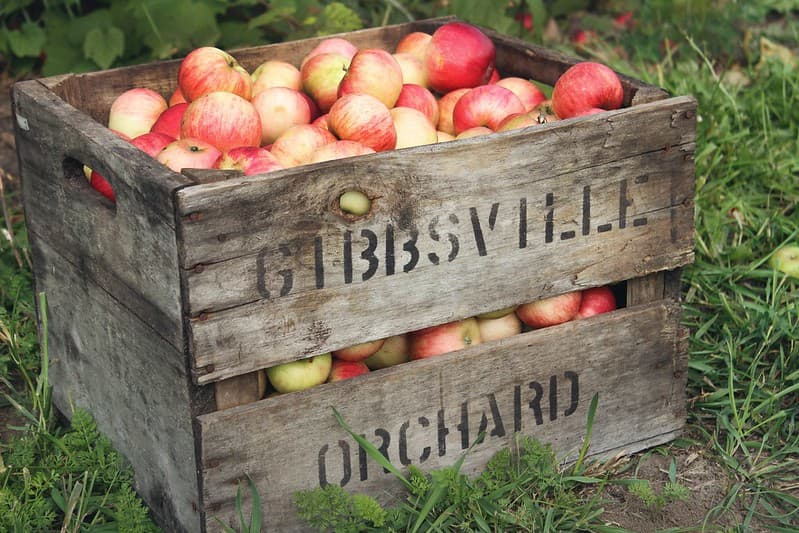 We think these apple jokes are the bees' knees. So, have a crunch on these jokes and then apple-ly them when you next want to get some laughs.

These bite-sized apple jokes are as sweet as apple pie!

it's always fun to keep your audience guessing, so get these funny apple jokes under your belt and then let loose with them.

1.What do you get if you cross an apple with a shellfish? A crab apple.

2.Why did the farmer decide to hang raincoats all over his orchard? Someone told him to get Apple Macs.

3.How do you make an apple turnover? Push it downhill.

4.What kind of apple isn't an apple? A pineapple.

5.What did the apple say to the pie? You've got some crust.

6.What did the apple say to the walnut? You're nuts.

7.What lives in an apple and loves to read? A bookworm.

8.Why did the apple stop in the middle of the road? Because he ran out of juice.

9.What do you call a fruit that's rough around the edges? A bad apple.

10.What kind of apple has a short temper? A crab apple.

11.How do you make an apple puff? Chase it round the garden.

12.What's worse than finding a worm in your apple? Finding half a worm after you've taken a bite.

13.What do you call a grumpy apple? A crab apple.

14.What do you get if you cross an apple with a computer? An Apple Mac.

15.What did the man say to the boy when they watched a fruit race? What do you think of them apples?

16.What can a whole apple do that a half an apple can't? Look round.

17.Who is an apple’s favourite relative? A Granny.

18.Why did the apple cry? Her peelings were hurt.

19.What did the apple tree say to the hungry caterpillar? Leaf me alone.

20.Why did the apple go to the doctor? It wasn’t peeling well.

21.Why did the apple go out with a prune? Because he couldn’t find a date.

22.What did the apple say to the celery? Stop stalking me.

23.Why did the apple blush? Because he saw the salad dressing.

24.Why did the apple cross the road? Because he wanted to be a squash.

Doctors and apples have been going together for over a hundred years and can be traced back to a Welsh proverb that went, "Eat an apple on going to bed and you'll keep the doctor from earning his bread." Those are some funny apples, we think you'll agree.

25.If an apple a day keeps the doctor away, what does an onion a day do? Keeps everyone away.

One day, the girl asks the engineer why he gives her apples when the doctor is giving her roses.

"Because," says the engineer, "an apple a day keeps the doctor away."

Everyone loves a good knock, knock joke and these jokes about apples are definitely top of the tree.

Apple your hair if you don't let me in.

An apple a day keeps the doctor away.

As well as making funny apple jokes, apples make good fodder for puns. Have a read of ours, then see if you can come up with one or two.

34.To do well, you have apple-ly yourself.

36.I apple-solutely love you!

37.I apple-laud your good work.

38.You need more exercise so you can strengthen your core.

40.A core belief is that apple puns are funny.